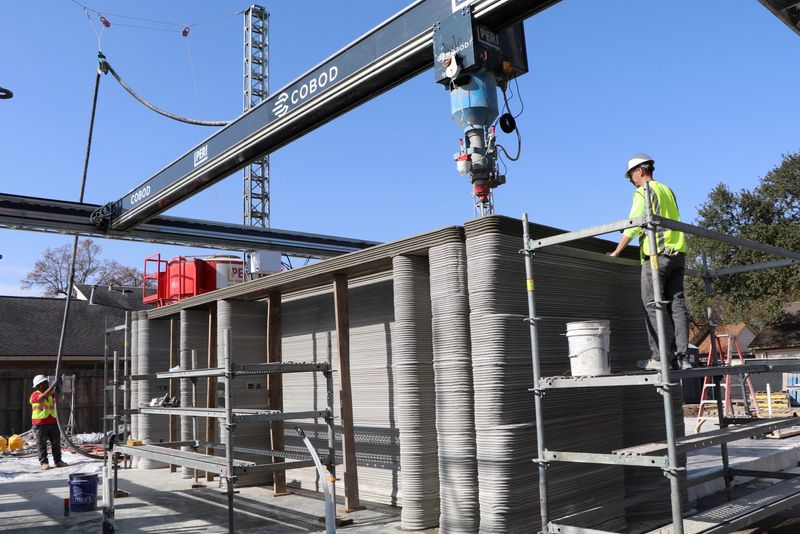 The enormous printer weighing more than 12 tons is creating what is believed to be the first 3D-printed, two-story home in the United States.

The machine steadily hums away as it extrudes layers of concrete to build the 4,000-square-foot home in Houston.

Construction will take a total of 330 hours of printing, said architect Leslie Lok, co-founder of design studio Hannah and designer of the home.

“You can actually find a lot of 3D-printed buildings in many states,” Lok said. “One of the things about printing a second story is you require, you know, the machine…And of course, there are other challenges: structural challenges, logistic challenges when we print a second-story building.”

The three-bedroom home with wooden framing is about halfway finished and is being sold to a family, who wish to remain anonymous, she said.

The project is a two-year collaboration by Hannah, Peri 3D Construction and Cive, a construction engineering company.

In addition, concrete can withstand the hurricanes, heavy storms and other severe weather in Texas that is becoming more frequent and severe due to climate change.

And since the printer does all the heavy lifting, less workers are needed at the construction site.