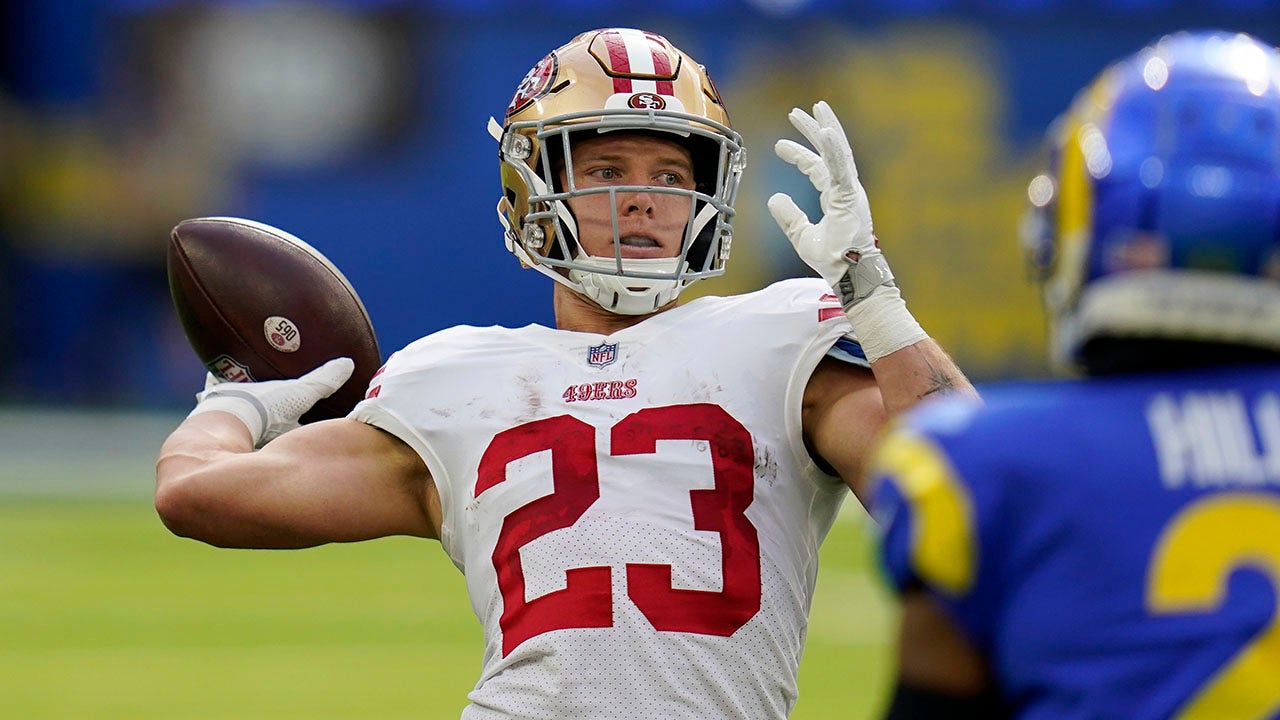 Christian McCaffrey has made an incredible impact for the San Francisco 49ers in just two games since the team acquired him from the Carolina Panthers, and it was evident on Sunday.

Up against the NFC West rival Los Angeles Rams, Jimmy Garoppolo lined up in the shotgun formation and McCaffrey went in motion to his right in the second quarter. Garoppolo threw a backward pass to the running back, who saw wide receiver Brandon Aiyuk open in the secondary.

San Francisco 49ers running back Christian McCaffrey, right, gets up after being tackled by Los Angeles Rams cornerback Jalen Ramsey during the first half, Oct. 30, 2022, in Inglewood, California.
(AP Photo/Ashley Landis)

Aiyuk somehow managed to break free of the Rams’ secondary and scored a touchdown. The point-after would tie the game up at 7 apiece.

Before Sunday’s touchdown pass, McCaffrey had been 1-for-3 in throwing attempts in his career. He threw a touchdown pass in 2018 against the New Orleans Saints when he was with the Panthers on Dec. 17, 2018. It was a 50-yard touchdown pass to Chris Manhertz.

On Sunday, his touchdown pass to Aiyuk was a 34-yarder.

McCaffrey made his debut for the 49ers in their 44-23 loss to the Kansas City Chiefs last week. He had 38 rushing yards on eight attempts and two catches for 24 yards. His trade was one of the biggest of the season so far with rumors about more trades rumbling throughout the NFL world.

San Francisco 49ers running back Christian McCaffrey passes for a touchdown on a trick play during the first half against the Los Angeles Rams on Oct. 30, 2022, in Inglewood, California.
(AP Photo/Gregory Bull)

San Francisco went into halftime down 14-10.