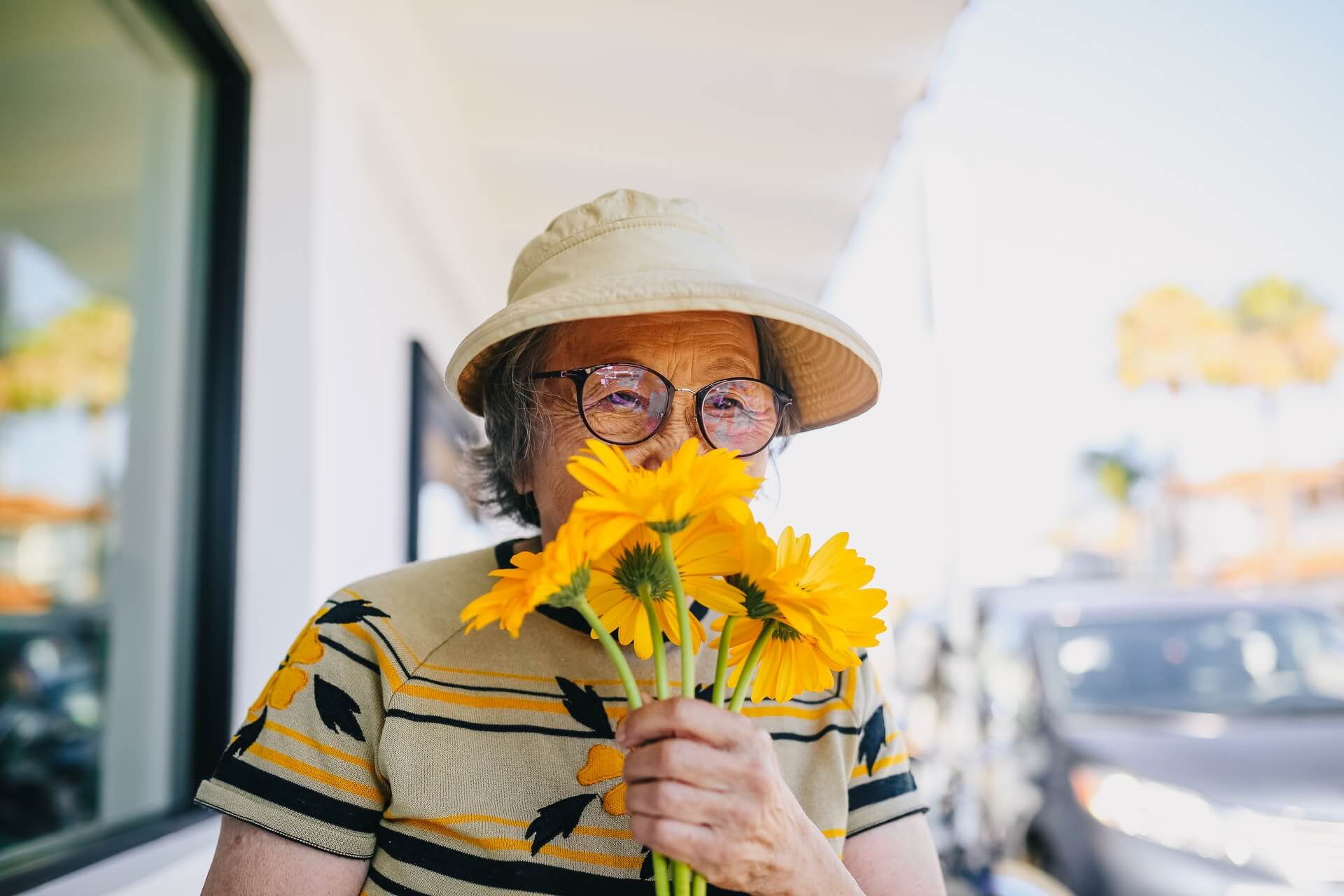 BALTIMORE — A simple smell test could help doctors screen older adults for signs of frailty and unhealthy aging. Researchers from Johns Hopkins demonstrated that the loss of smell may be predictive of a higher risk for age-related health problems.

So far, studies have shown that smell dysfunction acts as an early indicator of cognitive decline, but these findings expand on this concept and show that the link to frailty is both in the brain and the nose. For this study, researchers assessed olfactory sensitivity and olfactory identification, which describe the ability to detect an odor and the ability to detect and name an odor, respectively.

“We use our sense of smell to identify the threat of a fire or to enjoy the fragrance of flowers on a spring day. But just like vision and hearing, this sense weakens as we age,” says corresponding author Nicholas Rowan, M.D., associate professor of otolaryngology – head and neck surgery, in a university release. “We found that both impaired olfactory identification and sensitivity functions are associated with frailty, which is interesting because it shows that it’s not just your aging brain at work here, but it may also be something peripheral, like something at the level of your nose that is able to predict our impending frailty and death.”

Rowan and the team analyzed data on 1,160 older adults enrolled in the National Social Life, Health and Aging Project between 2015 and 2016. Study participants were exposed to five scents to measure identification skills and six scents to measure sensitivity. The team then matched these results to their frailty score.

They determined that for each one-point increase in both olfactory identification and sensitivity scores, frailty status declined significantly, which suggests that the ability to smell well has a connection to better overall health in the aging population. From this, the team can deduce that keeping an eye on sense of smell may serve as an influential biomarker and risk factor for frailty.

Rowan believes that this work contributes to growing evidence in favor of using smell tests as an integral part to clinical care for aging people that may be cognitively impaired.

“We already do tests to assess how well we can see or hear, and it’s just as easy to conduct a simple smell test that takes only minutes, which could potentially be used as a valuable tool to assess the risk of frailty or unhealthy aging,” says Rowan. “For example, if someone flunks a smell test then maybe this patient needs to improve their nutrition or undergo a more detailed neurological or medical workup.”

The Hopkins team is already looking into the use of smell tests and how they can enhance clinical and research efforts in improving care for older adults, especially with COVID-19 affecting the smell of many patients around the world.

The findings are published in the Journal of Gerontology.