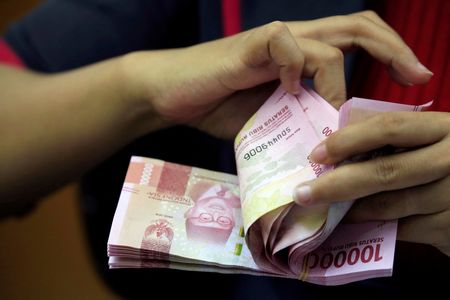 SINGAPORE (Reuters) – Indonesia’s first interest rate hike in four years made its central bank one of the last to abandon pandemic-era monetary settings, but it’s also given investors cause to stay bullish on one of the world’s more resilient emerging markets.

Bank Indonesia raised its benchmark rate on Tuesday as it flagged faster inflationary pressures, surprising most analysts less than a week after Governor Perry Warjiyo said there was no need to tighten.

The rate hike, which Warjiyo called “pre-emptive”, comes after months of the central bank talking down inflation, which raised some investor concerns that policymakers were too casual in their risk assessment and overly reliant on price controls.

“I don’t know if I would describe it as a relief, but you’re seeing perhaps some lessons learned from the experiences around the rest of the world,” said Alex Wolf, head of investment strategy for Asia at J.P. Morgan Private Bank, referring to the rapid pace of global inflationary pressures.

Wolf says Indonesia is a country “we prefer within Asia,” with prospects for solid growth supported by robust domestic demand and favourable terms of trade.

Other investors also liked the rate hike, which has reassured them policymakers are aware of the risks and have them in hand, while upgraded growth expectations also lifted confidence.

The rupiah rose and is some 1.2% above July lows — more resilient than peers as MSCI’s broadest index of emerging market currencies sits by a six-week low.

Stocks and bonds have rallied too, with the Jakarta Composite Index steady on the week and up 9% this year against heavy losses in most other markets.

Indonesia’s benchmark 10-year bond yield has fallen almost 50 basis points from a high of 7.544% in June. The gap against U.S. Treasuries has also narrowed this year even as high-yield sovereign spreads generally widened.

Citi on Tuesday upgraded its strategic view from underweight to neutral. Credit Suisse is also upbeat.

“The likely gradual pace, relative to most of the rest of the region, of tightening could prove to be an important ancillary support for portfolio inflows in the near term.”

A global scramble to hike rates and a resurgent dollar have made emerging markets an uncomfortable place this year, but zooming commodity prices along with a reduction in foreigners’ share of the bond market holdings, have buttressed Indonesia’s economy and limited damage.

Indonesia’s relative outperformance contrasts with past episodes of economic and financial instability, which has helped it shake part of its reputation as a vulnerable and fragile emerging market.

“(BI has) so far maintained rupiah stability, which is great,” said Lavanya Venkateswaran, an economist at Mizuho Bank, who is wary, however, of inflation getting out of hand.

President Joko Widodo last week gave some indication of the pressure on petrol prices by hinting that the cost of fuel subsidies — $34 billion this year — is unsustainable.

Yet markets seem content to back policymakers thus far and besides the currency, bonds best illustrate investors’ nervous energy.

Yields have held up, yet a trickle of outflows have foreigners holding the lowest proportion of the market since 2009, at about 15.6%.

It’s been a slight drain on Indonesia’s currency reserves, which fell to $132.2 billion in July but they remain at a level equivalent to imports for 6.2 months, well above an international standard of three months.

“We think the risk of capital flight is lower, as (foreign) holdings are already low,” Goldman Sachs analysts said in a note on Wednesday, which recommended shorting the Philippine peso against the rupiah.

“With BI now on a hiking path, we think this will be supportive for the currency and therefore the local currency bonds, as BI maintains an interest rate differential with the U.S.”