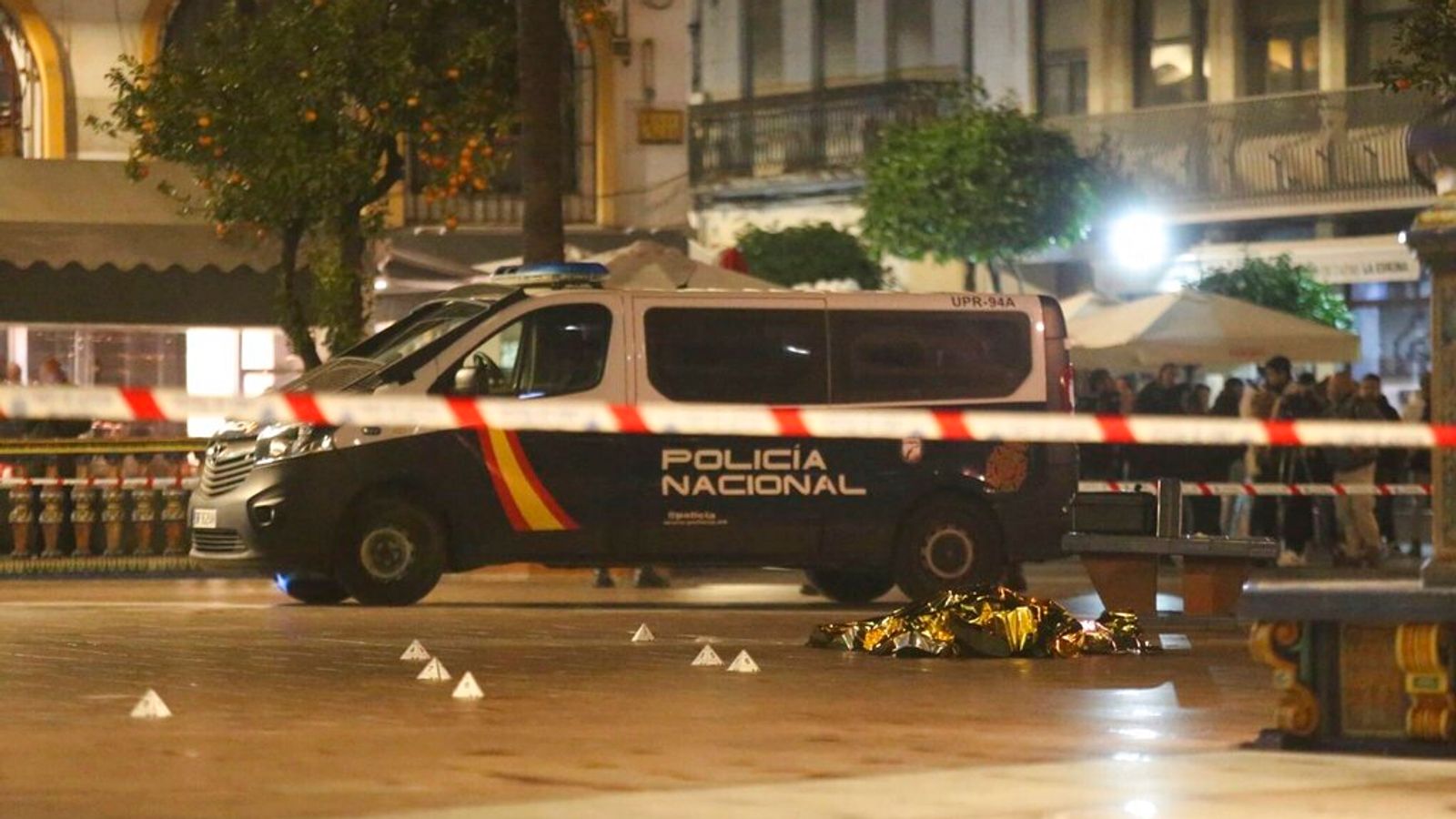 A church worker has been killed and several others injured after a man with a bladed weapon carried out attacks at two churches in southern Spain.

A suspect has been arrested following the incident in the southern province of Cadiz, the interior ministry said in a statement.

Authorities are looking into whether terrorism was the motive for the attack in Algeciras – a port city with links to Morocco.

Spanish national police told Sky News that the person who was killed worked as a sexton – looking after the church or churchyard – while a priest is also in serious condition.

The attacker, described by local media as wielding either a machete or a samurai sword, allegedly attacked churchgoers in the town’s San Lorenzo parish.

The Algeciras town hall identified the church worker as Diego Valencia and said the wounded priest was a man named Antonio Rodríguez, who is in a stable condition in hospital.

The attack began when the armed man went into the church of San Isidro and assaulted a priest, the ministry said.

He then went to the church of Nuestra Senora de La Palma, around 300 metres away.

There he attacked and killed the sexton outside the building.

“The facts are being investigated and analysed, but it is not yet possible to determine the nature of the attack,” the interior ministry said in an early statement.

A police spokesperson said the incident is being investigated.

El Mundo newspaper reported that a total of four people had been injured in the attack.

Spain’s prime minister Pedro Sanchez expressed his sadness over the incident, tweeting: “I want to convey my most sincere condolences to the relatives of the sacristan who died in the terrible attack in Algeciras.

“I wish a speedy recovery to the injured. All our support for the work being carried out by the State Security Forces and Corps.”

Meanwhile, Francisco García, the secretary general of Spain’s Episcopal Conference, tweeted: “I have received the news of the incident in Algeciras with great pain.

“These are sad moments of suffering, we are united by the pain of families of the victims and for the Diocese of Cadiz.”