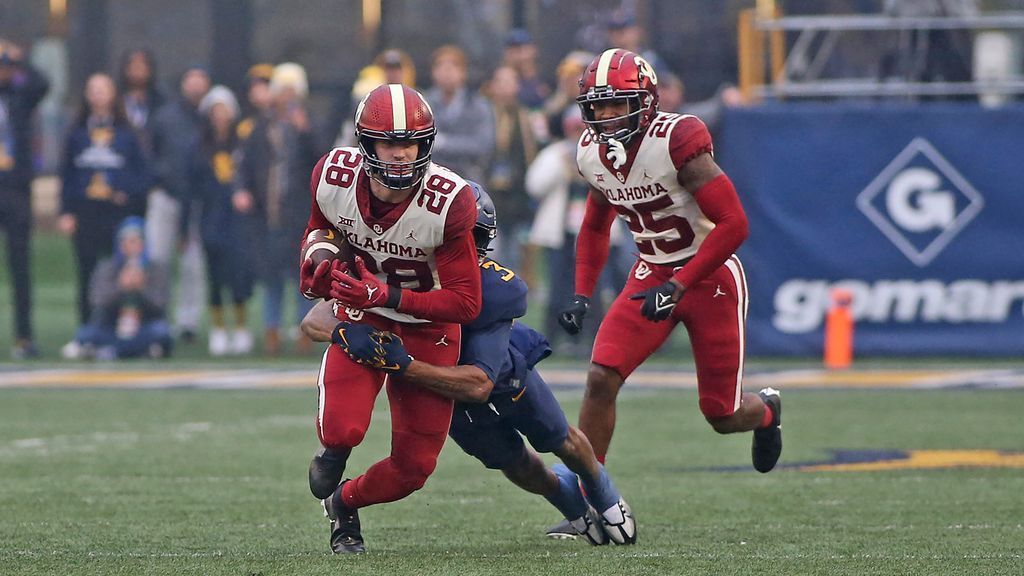 Who’s ready for another wild weekend of winning or whining? All of us! Who learned our lesson last weekend? None of us! So, with that, the Saturday action didn’t waste any time making the collective betting community yell with joy or pain.

Brent Venables is going to be a good coach, right? Oklahoma can beat West Virginia, right?

The one thing the Sooners made sure of was that they’d give our wallets the beating we didn’t know we needed — and they’d get it done before we even got to halftime of the early action.

If you had West Virginia 1H +5 we are truly sorry 😭pic.twitter.com/07lQiwYX8k

This is exactly why you can’t order the celebratory “drinks on me” round until the clock hits zero. This is also why announcers COULD wait until after a kick attempt to tell us that the kicker hasn’t missed an extra point all year. A scoop-and-score highlight hitting just as you were confident that the -5 first-half number was about to come true for the Sooners is the ultimate kick in the no-no places to start the chaos of the day.

2 buckets — 1 filled with your tears and the other filled with the drink your favorite bartender just bought you to help numb the pain.

That’s right, boys and girls, college basketball is back! And while you might be warming up to paying attention, the game isn’t warming up when it comes to wild endings. A mere 24 hours after we watched Michigan State blow a double-digit lead to Gonzaga on an aircraft carrier, Wright State made sure we remember that this sport is all about the Cinderellas, and they’re ready for their slippers.

When is a shot not ugly? When it goes in to win the game! It’s even prettier when that ugly game winner also pushes the game over (144.5). Louisville might be winless, but all you Wright State money-line and over bettors are undefeated. Both of you.

1 bucket of “why are you already betting on college basketball” tears.

There’s nothing better than a Hail Mary, and there’s nothing worse than a Hail Mary that doesn’t impact the final outcome but does impact everyone who had money on the game. Just when we thought Rutgers versus Michigan State wasn’t worth suffering through, the football gods gave us this little nugget.

Fourth-and-29? No problem. Rutgers +10? Problem. Rutgers takes the L, but Rutgers bettors get the W while also reminding us all that college football is the gift that keeps on giving.

3 buckets of “I wish this had been a basketball game instead” tears.

Ne-bad-ska was going to get thrashed by Michigan without a doubt. In fact, a whopping 75% of the money was on Michigan -31. With the game in hand late in the fourth, it feels like the gambling gods whispered that fact into coach Jim Harbaugh’s headset, prompting this incredibly worthless field goal attempt late.

Michigan kicks a meaningless field goal for the cover 🙏

Just watch the replay to see the wild joy from some of the fans in the stands to realize that even people in the stadium were paying attention to their bets instead of the game by that point.

Colorado is not good at football. Breaking news. Sports betting might not be legal in California, but style is, and USC was going for all the style points late in its Saturday night slaughter of the Buffaloes.

Sixty percent of the tickets and 55% of the money were on USC -34. So Lincoln Riley ensured that Christmas came early for everyone by pushing in a wildly unnecessary touchdown to make sure the College Football Playoff committee AND the betting community had something to cheer about.

1 bucket of Pac-12 after dark tears