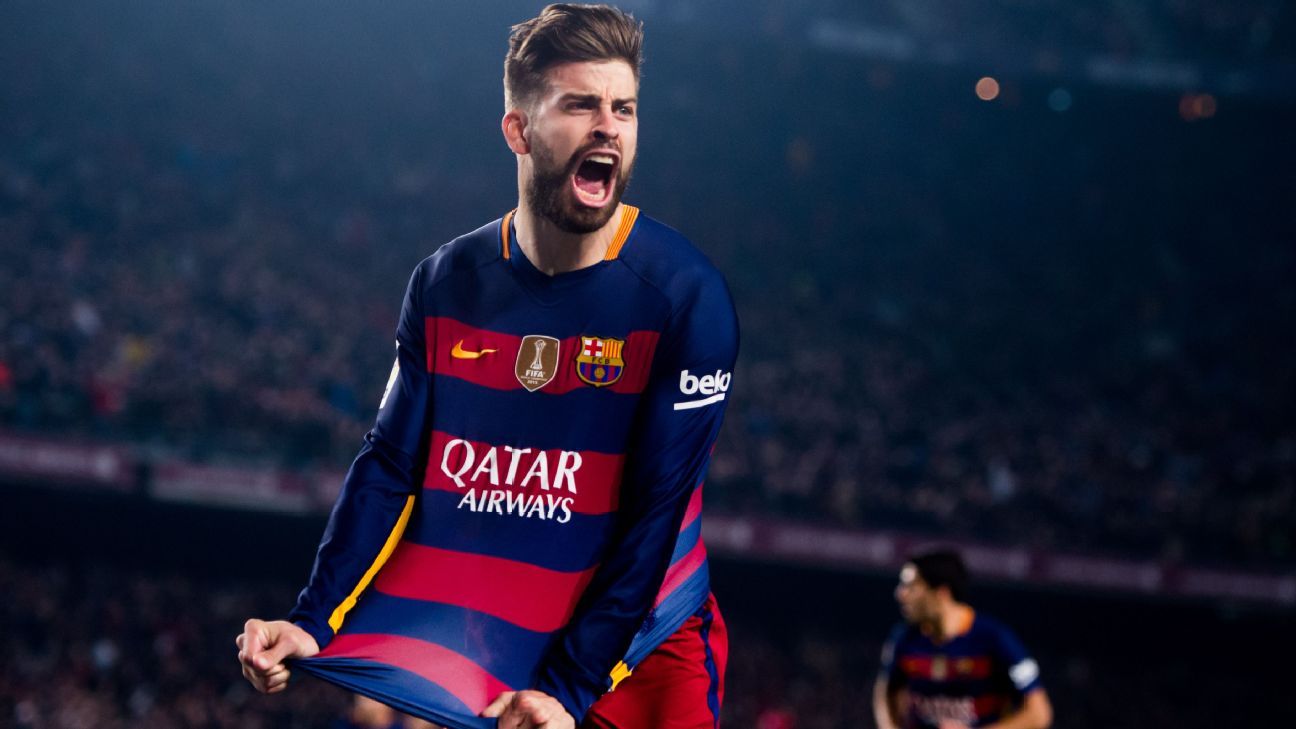 Barcelona defender Gerard Pique has shocked the football world this evening by announcing that he intends to retire, not at the end of the current season but midway through the current campaign when the Spanish league breaks for the World Cup later this month.

Pique revealed that Barca’s upcoming game against Almeria this Saturday will be his last at the Camp Nou and that the trip to Osasuna three days later will be both his final match for the Catalan club and the final match of his professional career.

The 35-year-old centre-back has made 615 appearances for Barca during his long and distinguished career, having become one of the most decorated footballers in history during the process. He won eight LaLiga titles, seven Copa Del Reys and three Champions Leagues along the way.

Gerard Piqué has announced he is leaving FC Barcelona.

His final match for the club will be this Saturday at the Camp Nou. pic.twitter.com/Qe41p9ixLA

“And now that all of my dreams have come true I want to tell you I have decided that now is the time to bring this journey to its end.”

Pique’s announcement seemingly came out of the blue — or the blaugrana, to be more specific — with social media reacting quickly to the startling news, though it was Barcelona themselves who were the first to wish him well and express their gratitude for his years of faithful service.

A lifetime dedicated to Barça. Thank you, Piqué. pic.twitter.com/ps3wI0RSHO

The veteran defender retired from international football in 2018 but only after winning 102 caps for Spain and hoisting aloft both the Euro 2012 and 2010 World Cup trophies.

And who can forget his beautiful control and finish for Barcelona in the Champions League?

Throwback to when Gerard Pique turned into Lionel Messi 🔥

Some of Pique’s present and former teammates and opponents appeared in the comments under his video message with the likes of Patrick Kluivert, Fabio Cannavaro, Javier Mascherano and Edgar Davids leaving heartfelt comments.

“Always on my team,” wrote Ivan Rakitic, who spent several years at Barca alongside Pique.

Of course, it goes without saying that Carles Puyol, Pique’s ever-present defensive partner at the Camp Nou for many years, also took the time to congratulate his old buddy with a tender message of his own.

“I’m in shock […] few have defended the Barça shirt as you have. I will always be able to say that I played alongside you — a privilege. I love you, friend.”