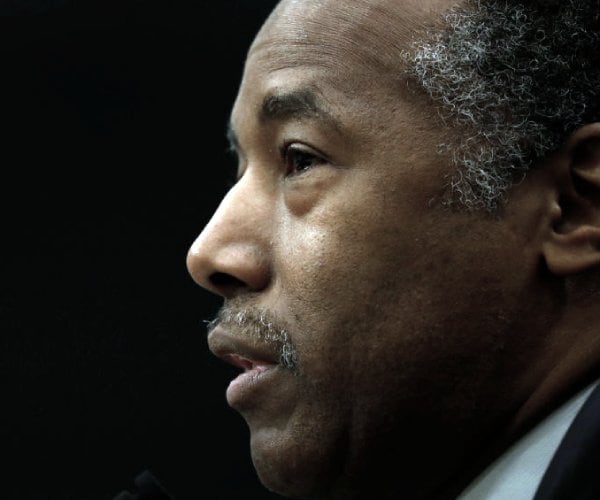 The ongoing revelations of classified documents being found at properties connected with President Joe Biden, including in his garage at his Wilmington, Delaware, home and at his think-tank office in Washington D.C., is a “very serious situation” that could have national security implications, Dr. Ben Carson, the secretary of Housing and Urban Development under former President Donald Trump, said Friday on Newsmax.

“There’s a reason that things are classified, and that’s because they contain sensitive information, the release of which could be harmful to the United States of America, so this is obviously a very serious situation,” Carson said on Newsmax’s “National Report.” “Who knows how many of these documents are out there? And you know our enemies are cognizant of this, too, so they’re going to be on the lookout.”

Carson also said there are people who are discounting the discoveries who say Biden is an “old man who forgot a couple of things,” but Carson said too much is at stake.

“We have to make sure this does not recur,” he said.

Carson also said he doesn’t think the chances of a fair investigation under Attorney General Merrick Garland are encouraging, but “there’s always hope, considering that more eyes are scrutinizing the incidents and that the mainstream media is also starting to be critical.”

Carson said the discovery of the documents also “massively” changes the trajectory of the Trump investigation, “because now they can’t just go after him without going after Biden, too.”

Meanwhile, Trump had standing to declassify documents because he was the president, but with Biden, the documents that are being found were dated to when he was vice president and he didn’t have declassification authority. That makes matters more serious for Biden, said Carson.

“There may be some real punitive measures that have to be taken,” Carson said.

NEWSMAX is the fastest-growing cable news channel in America!