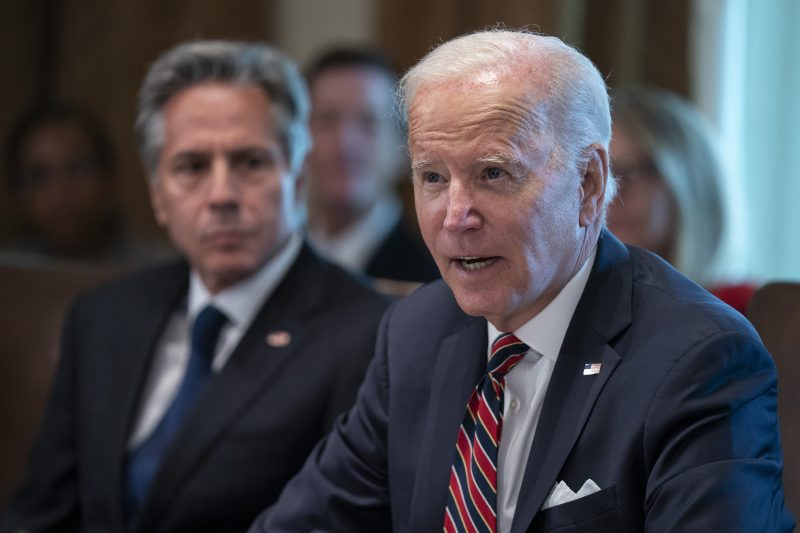 America’s adversaries seem to be gaining ground on their problematic ambitions which may challenge US National Security. On Wednesday, the US State Department lamented Joe Biden’s main foreign policy goal. His goal revived the failed Obama-era nuclear deal with Iran. It has yet to hit yet another setback in talks with the Rouge State.

Last month, Iran gave a proposal to the EU diplomats who are negotiating on behalf of America. Officials hoped it would lead to a final deal. However, last week after US officials responded by saying that some of the demands were unreasonable, Iran sent another proposal which the State Department deemed not constructive.

These developments are not going to deter Biden diplomats from trying to pursue the deal despite Israeli news outlets claiming Biden told their Prime Minister that a deal with Iran was off the table for now. Verdant Patel, the Principal Deputy Spokesperson of the State Department spoke on the issue.

“It is an extraordinarily complex set of issues,” explained Patel. “It is unfortunate that Iran’s response to us took us backwards, and we, of course, are not going to conclude a deal that is not in the US national security interest. But this is something that we’re continuing to pursue. We are studying Iran’s response, we are coordinating with our E3 allies and we’re continuing to go through this process.”

Additionally, the International Atomic Energy Agency confirmed the potential death of the deal with its latest assessment of Iran’s nuclear program. Earlier this year, the IAEA warned that Iran was just months away from enriching enough uranium to make a nuclear weapon. Now, it’s believed that Iran has reached that point. They stressed it cannot say whether Iran’s nuclear program is entirely peaceful.

Additionally, Iran has resisted requests from the IAEA to open up its nuclear facilities to an international inspection. In the meantime, the Biden State Department still believes it can seal a deal with the Ayatollah and get Iran to simmer its ambitions.

“There is really only one ultimate end goal of this deal Sayid, and that is to ensure that Iran never gets a nuclear weapon. And that continues to be our vision forward and be the reason why we continue to pursue this, because we believe that a mutual return to compliance will help us get there. It will put restraints on Iran’s nuclear program,” Patel said. “It’s an important step for regional stability and in the national security interest of the United States.”

Meanwhile in East Asia, Biden’s special Envoy for North Korea, Sung Kim, is trying to rally regional partners in order to establish defense measures in case the Kim Jong-un government sparks a conflict. Ambassador Kim and his counterparts from Japan and South Korea held a conference in Tokyo where they all vowed to respond swiftly to any provocation from Pyongyang.

They warned that North Korea is gearing up to conduct its first nuclear test since 2017. The newest test will add to its increasing tests of military equipment as its military has launched more than 30-missiles this year.

“We are preparing for all contingencies in close coordination with our Japan and South Korea allies and we are prepared to make short and long-term adjustments to our military posture in responding to the DPRK (Democratic People’s Republic of Korea) provocation,” Kim remarked. “We are committed to both defense and deterrence to protect our allies in the region.”

Despite the worrisome activities by Iran and North Korea, it seems that the Biden administration is willing to listen to its allies in Israel and East Asia. The Counties are calling for action against Countries that may threaten regional stability with aspirations to develop a nuclear weapon.