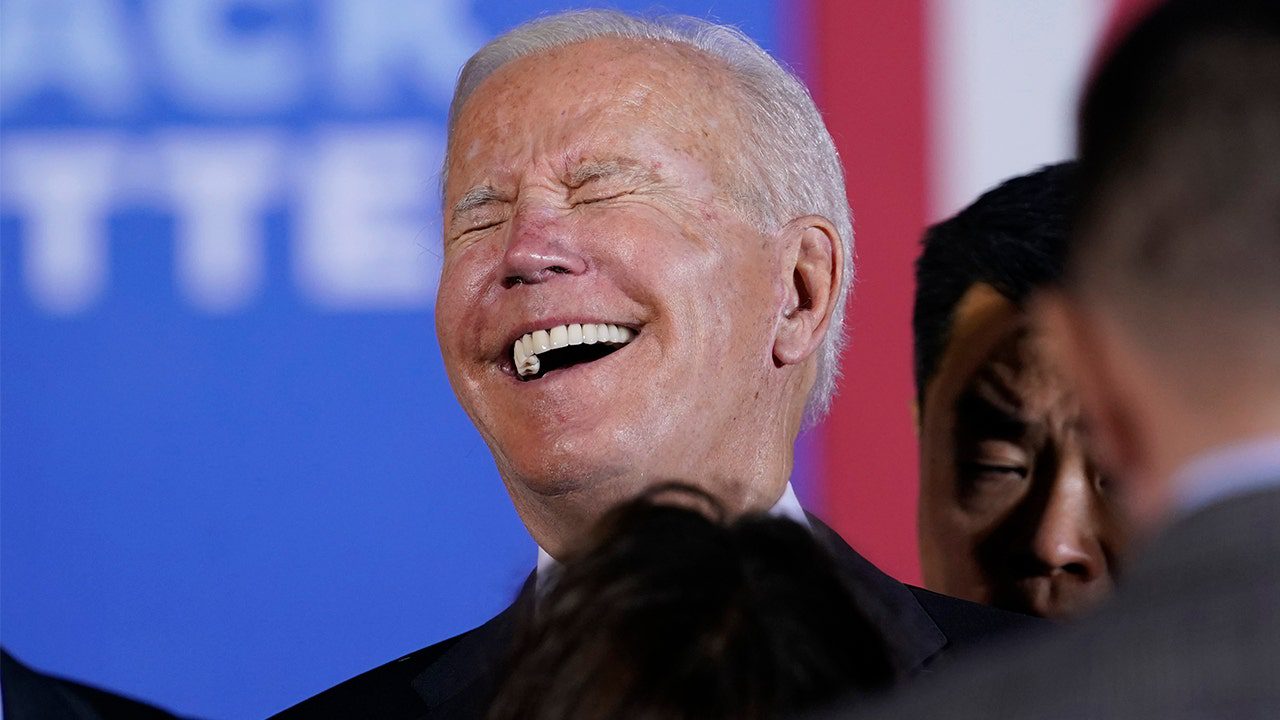 President Biden appeared to mock reporters as they shouted questions at him during a meeting with Israeli President Isaac Herzog at the White House on Wednesday.

Biden hosted the Israeli president to announce a new agreement between Israel and Lebanon during a bilateral meeting in Washington. At the conclusion of the meeting, both leaders, who were seated opposite each other, turned their attention to reporters in the back of the room. The two men sat in silence as a raucous press corps shouted questions at them.

Biden could be seen imitating reporters, raising his eyebrows and moving his mouth to silently mimic talking. The president was also seen laughing and slapping his knee before reporters were escorted out of the room.

Bloomberg White House correspondent Nancy Cook vented on Twitter moments earlier that the White House has been “particularly intent” on keeping the press away from Biden with November’s midterms just days away.

“The Biden WH seems *particularly intent* on the press not asking any [questions] of POTUS 14 days out from the midterms, w/WH aides screaming in the faces of reporters who try to ask Biden q’s following each event today,” she wrote.

While the question-shouting practice is common for public appearances involving the president, Biden has expressed his frustration with the dynamic in the past.

After Biden concluded remarks at an event in early October, he appeared to subtly snipe at the assembled press as they shouted questions at him while being escorted out of the room.

“[You’re] among the only press in the world that does this,” Biden was heard saying.

President Biden during his time as VP.
(Reuters)

Biden has been accused of acting hostile toward the press on multiple occasions throughout his presidency.

He often talks down to members of the press, has called a female reporter a “kid,” referred to NBC News’ Kelly O’Donnell as a “pain in the neck” in the Oval Office for a question about a vaccine mandate and once called Fox News’ Peter Doocy a “stupid son of a b—-.”

Biden also snapped at a reporter in June when he was asked about economists warning of a possible recession.

“Not the majority of them aren’t saying that. Come on, don’t make things up, OK? Now you sound like a Republican politician,” Biden said. “I’m joking, that was a joke.”

President Joe Biden laughs as he greets people after speaking about his infrastructure plan and his domestic agenda during a visit to the Electric City Trolley Museum in Scranton, Pa., Wednesday, Oct. 20, 2021.
(AP Photo/Susan Walsh)

Biden, who was walking away from a press conference, whirled around at Collins and said, “I’m not confident he’ll change his behavior. What in the hell, what do you do all the time?”

Yael Halon is a reporter for Fox News Digital. Story tips can be sent to yael.halon@fox.com.