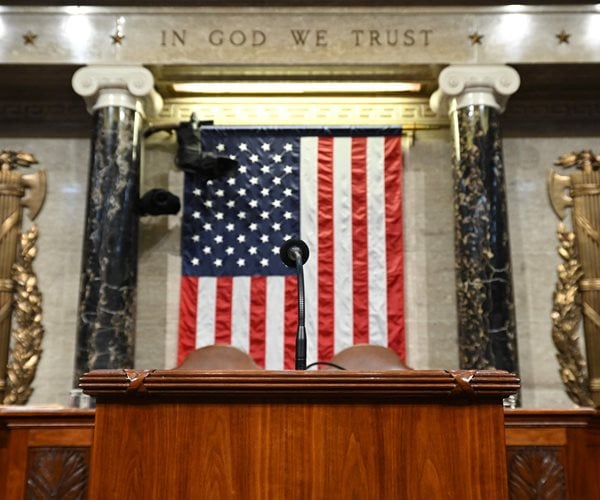 President Joe Biden on Friday accepted an invitation from House of Representatives Speaker Kevin McCarthy to deliver the annual State of the Union address to the U.S. Congress Feb. 7.

The Democrat president’s second State of the Union address to the nation will be held, as is the custom, in the chamber of the House of Representatives, where Republicans last week took majority control after November’s midterm elections.

The annual address will be an opportunity for Biden to lay out his legislative goals midway through his four-year term and possibly even tease out broader themes for an expected 2024 run for re-election. The speech gives him a national audience and thus an opportunity to shore up support among Democrats, some of whom are concerned about his age and other issues.

Biden turned 80 in November and, if re-elected, would be 82 at the start of a second term.

The announcement came one day after U.S. Attorney General Merrick Garland announced the appointment of a special counsel to investigate Biden’s handling of classified documents.

The new political landscape will make it more difficult for Biden to secure bipartisan deals on legislation that he likely will call for in his speech. Still, issues such as combating the opioid epidemic could draw broad support.

Biden also is likely to tout his administration’s accomplishments over the last year, including enactment of an infrastructure bill and the Inflation Reduction Act, with its climate change and prescription drug elements.

Biden, a former longtime senator and former vice president, will face a rambunctious, splintered gathering of Republican lawmakers eager to put their conservative mark on U.S. policy after four consecutive years of Democrat control of the chamber.

With their razor-thin majority and intraparty divisions, Republicans had a historically difficult time electing a speaker last week, and are expected to continue to struggle to unite their far-right and more moderate members on legislation.

Nonetheless, the House under Speaker Kevin McCarthy’s leadership is expected to launch a major budget-cutting initiative with a particular eye toward reining in the cost of the Social Security and Medicare retirement and healthcare programs.

Biden and Senate Majority Leader Chuck Schumer, also a Democrat, have pledged to stop such legislation if passed by the House, as well as measures to restrict abortions nationwide.

Other hot-button issues that Congress is likely to fight over in 2023 includes legislation expected to be needed midyear to raise the federal government’s borrowing authority, or debt limit. And then there are new gun control steps that Democrats hope would build on a modest bipartisan law enacted last year. Both parties also aim to address immigration following decades of failed attempts.

House conservative Republicans also are showcasing legislation to undo beefed-up funding for the Internal Revenue Service so that it can hire more agents to clamp down on wealthy tax cheats.

Biden is fresh off a trip to the Southwestern border, where the influx of immigrants has Republicans eager to legislate tougher security measures. Some congressional Democrats have expressed a willingness to trade new border controls for granting a pathway to citizenship for certain people brought illegally into the United States when they were minors.