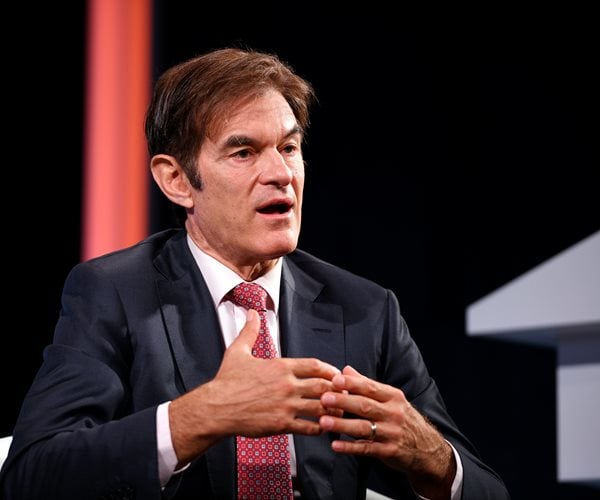 On Wednesday, President Joe Biden went after Dr. Mehmet Oz, the Republican U.S. Senate candidate in Pennsylvania, for saying local governments should have a say in abortion decisions.

His critique came just one day after Oz took the debate stage to face off against Democrat John Fetterman, whose performance has sparked questions over the Pennsylvania lieutenant governor’s health.

“If Dr. Oz gets his way, where does this end? Would he recommend local officials make decisions about cancer treatments? Colonoscopies? Or is this kind of scrutiny reserved just for women?” Biden posted on Twitter.

The comment was in reaction to Oz’s answer on Tuesday after he was asked by moderators what his position on abortion access entails.

“As a physician, I’ve been in the room when there’s some difficult conversations happening,” Oz responded. “I don’t want the federal government involved with that at all.

“I want women, doctors, [and] local political leaders letting the democracy that’s always allowed our nation to thrive to put the best ideas forward so states can decide for themselves.”

Despite the statement from Oz appearing to spark outrage among the left on social media, The Hill’s Julia Manchester argued in a post-debate analysis that the Republican nominee “appeared polished and disciplined” overall.

“For the most part, Oz avoided launching any pointed attacks on Fetterman regarding his stroke, focusing instead on clear, forceful answers on policy issues,” Manchester noted, adding that overall, “Oz’s allies likely felt reassured coming away from his performance.”

According to a RealClearPolitics average, Fetterman currently leads Oz by 1.3 percentage points, 47.3% to 46%, in polls conducted before the Tuesday debate.