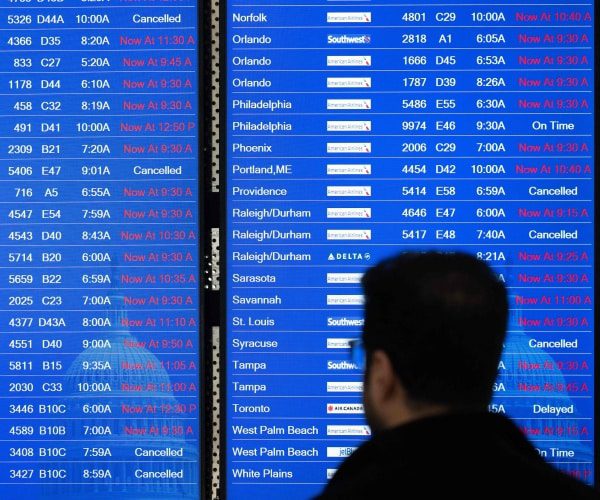 The fresh criticism comes after Wednesday’s computer system breakdown, which forced more than 1,300 flights to be canceled and 11,000 delays.

The FAA said a damaged database file appeared to have caused the outage in the safety-alert system, according to The Associated Press.

But the computer problem has opened the door to Republican lawmakers to rip Washington, Politico reported. The news outlet reported that his aviation resume is relatively thin.

Washington is the current CEO of Denver’s airport. But his aviation experience doesn’t compare to some other past FAA leaders like Steve Dickson, a former Delta Air Lines pilot, who oversaw the agency until March, Politico noted.

“We can’t leave the flying public’s wellbeing up to chance. We need a new nominee.”

Meanwhile, Senate Commerce Chair Maria Cantwell, D-Wash., has yet to schedule a hearing on Washington more than six months after Biden nominated him.

Cantwell spokesperson Tricia Enright said his “hearing is a top priority for the committee” but could not provide specifics, Politico noted.

Transportation Secretary Pete Buttigieg and the White House both maintained that they continue to back Washington.

Buttigieg spokesperson Ben Halle said that “the secretary absolutely supports Phil [Washington] and there should be a hearing quickly” on his nomination.

Washington did not respond to Politico’s request for comment.