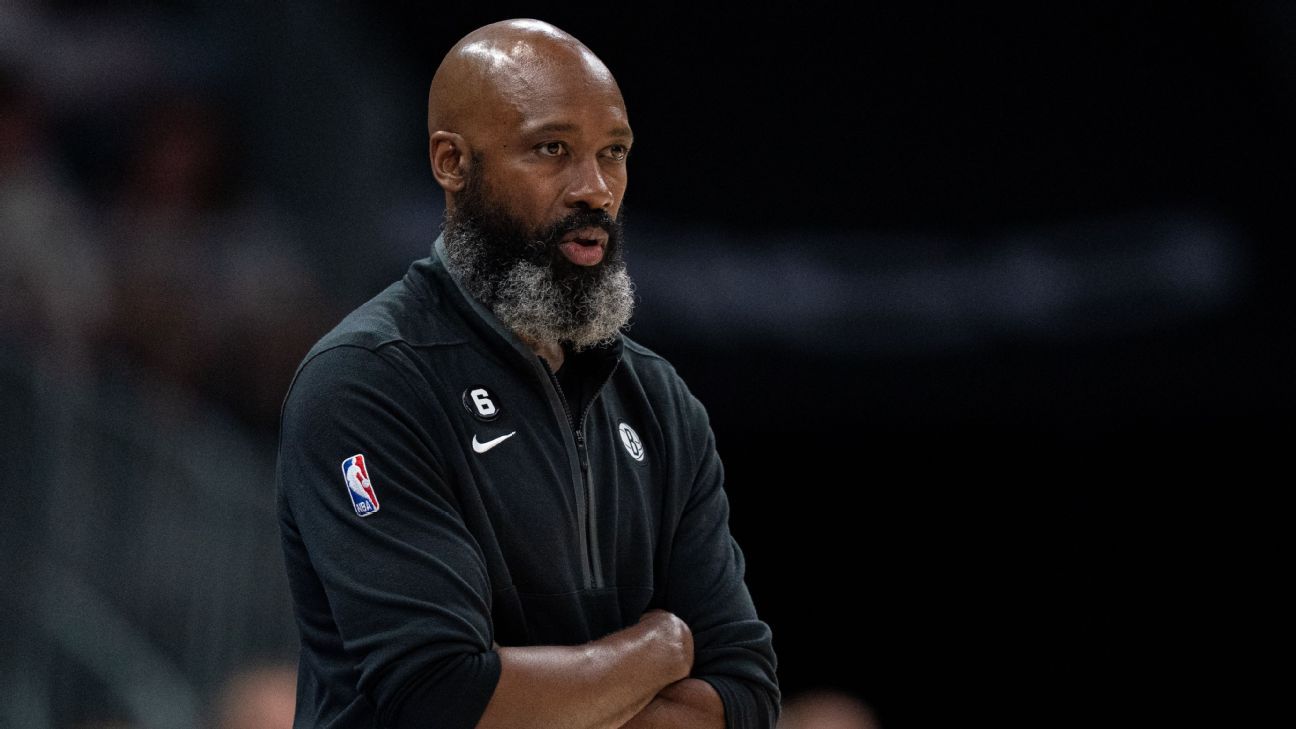 Vaughn had been serving as interim head coach since replacing former coach Steve Nash on Nov. 1. The move comes as a surprise given that many inside the league — and some within the organization — thought that suspended Boston Celtics coach and former Nets assistant Ime Udoka would take over for Nash.

The Nets backed off an initial plan to hire Udoka based on several factors, including a prolonged antisemitism controversy with Kyrie Irving coupled with the impending disruption that would’ve come with the hiring of Udoka in the aftermath of his suspension in Boston for an improper relationship with a female subordinate, sources told Wojnarowski.

Once Vaughn had stabilized the team, his promotion made more sense to the organization, sources told Wojnarowski.

“Jacque’s basketball acumen, competitiveness and intimate knowledge of our team and organization make him the clear-cut best person to lead our group moving forward,” Nets general manager Sean Marks said in a statement. “He has a proven ability to get the best out of our players, hold them accountable and play a cohesive, team-first style of basketball.”

Vaughn, who served as the team’s head coach for 10 regular-season games during the 2019-20 season, was in the middle of his seventh season as an assistant coach with the Nets.

“JV is a great coach,” Nets guard Joe Harris said before Wednesday’s announcement. “Having played in the NBA for a while, been a coach in the league for a while, having experience as a head coach, having a lot of experience now as an assistant, he’s seen a lot, had a lot of different experiences, he’s kind of fine-tuned what his approach is.

“He really just simplifies the game, I said that when we were in the bubble, same thing, but he makes sure that everybody is fully aware of what’s going on. He’s the type of coach we go through a scout [report] — there’s going to be a lot of transparency and dialogue. It’s not just him speaking hoping everybody understands. It’s a collective thing where he makes sure that everybody fully is aware of what’s going on and understanding what’s happening.”

Marks said prior to Wednesday’s game that he had not spoken to Irving, but that he had “talked to his representatives.”

“On the Kyrie front, when we have news to share and updates we will do so at the appropriate time,” Marks said. “As of now there’s none to share.”

The Nets later clarified that Marks had spoken to Irving initially after the social media posts last week, but had not spoken to him since the suspension.

As for the Udoka speculation, Marks would not address it directly.

“Like all other searches we’ve ever done whether it’s front office or coaching staff, it’s never appropriate to talk about who may or may not have been a candidate for this job,” Marks said. “All I can tell you is there was an exhaustive search, we went through candidates and we’ll leave it at that.”

Vaughn tried to keep his sense of humor regarding all the speculation surrounding Udoka.

“I guess I was the write in candidate in the minds of elections right now,” Vaughn said before the game. “But I’m ok with that. I said to my wife I might have been her first choice but we’ve been together 20 years so it could all work out, so off we go.”

Vaughn previously served as the head coach for the Orlando Magic for two-plus seasons from 2012 to ’15.

The Nets are 2-2 since Vaughn stepped into the interim role. His first game as the head coach will be tonight at home against the New York Knicks.