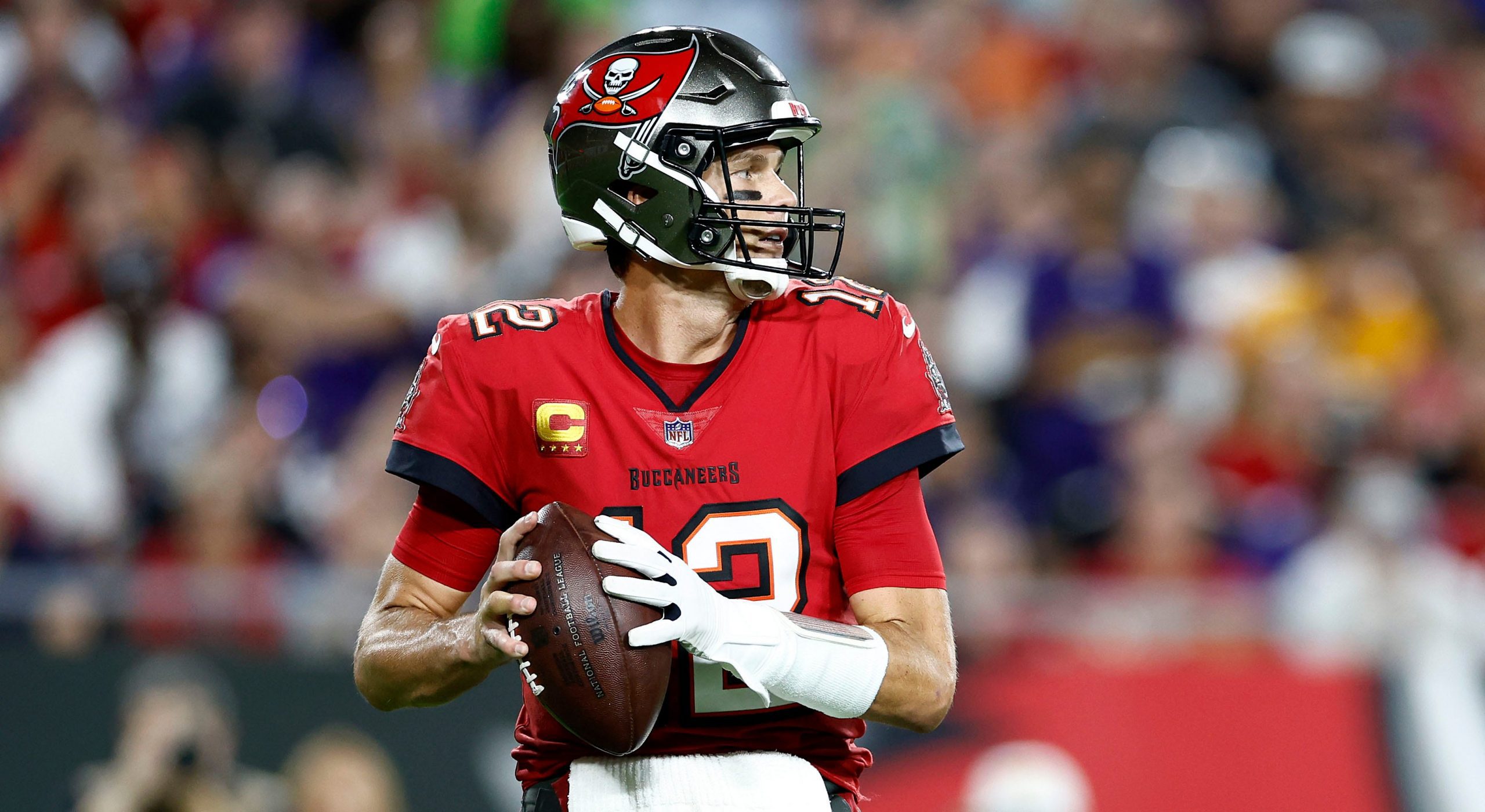 When you play as long as Tampa Bay Buccaneers quarterback Tom Brady, some records that he’ll eventually take to Canton won’t be the best to boast about.

One of those all-time feats came on Thursday night against the Baltimore Ravens, as Brady became the most sacked quarterback in NFL history, passing Pittsburgh Steelers legend Ben Roethlisberger with his 555th takedown.

Brady was already sacked 10 times in seven games heading into this contest, and the Ravens added two more in the first half on one drive.

It was defensive end Justin Houston who collected both the all-time tying sack and the 555th that surpassed Roethlisberger.

The record-breaking one was a coverage sack, as Brady was looking to find wide receiver Mike Evans down the right sideline to get some points before the half ended, but there was great coverage that allowed Houston to roll in and sack Brady.

Brady hasn’t always been the most mobile quarterback to avoid pressure from defenders, and even more so in Year 23 in the NFL. That’s why he leads the league in release time once the ball is snapped. Brady likes to get the ball out and let his playmakers do their jobs.

TOM BRADY VOWS HE WON’T RETIRE FROM BUCS MIDSEASON: ‘I MADE A COMMITMENT TO THIS TEAM’

Josh Bynes #56 of the Baltimore Ravens sacks Tom Brady #12 of the Tampa Bay Buccaneers during the second quarter at Raymond James Stadium on October 27, 2022 in Tampa, Florida.
(Mike Ehrmann/Getty Images)

But, when a play needs to develop, Brady’s offensive line needs to hold up. Sometimes, like Houston’s sack, the coverage is just too good and Brady can’t make much happen with his legs.

The most Brady has ever been sacked in his career was 41 times in just his sophomore season with the New England Patriots in 2001. Last season, though, the Buccaneers’ line was one of the best in the business, only having been sacked 22 times.

While Brady will have that mark in the record books, Brady is also the winningest quarterback in NFL history, both regular season and postseason, and has the most passing yards, completions and touchdowns by a quarterback in league history.

Tom Brady #12 of the Tampa Bay Buccaneers looks to pass against the Baltimore Ravens during the second quarter at Raymond James Stadium on October 27, 2022 in Tampa, Florida.
(Douglas P. DeFelice/Getty Images)

So the good certainly outweighs the bad. But, as the Bucs has begun the season slow with a 3-4 record heading into Thursday night, Brady collects an all-time record you won’t hear him mention at his Hall of Fame speech.