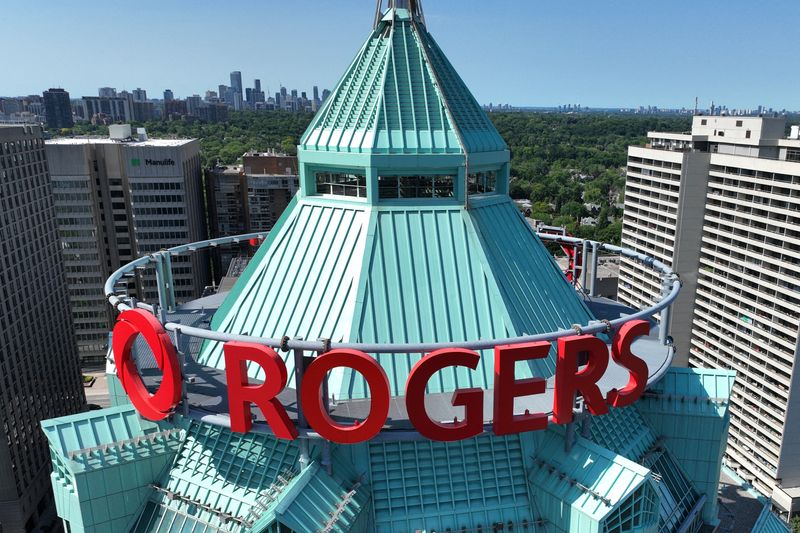 (Reuters) -Canada’s Rogers Communications Inc on Wednesday beat quarterly revenue estimates as the wireless carrier benefited from higher roaming charges and demand for pricier plans, while its media business got a boost from a rebound in live sporting events.

The company added 164,000 monthly bill paying wireless phone subscribers in the third quarter despite decades-high inflation in Canada, indicating robust demand for its 5G services. In the last quarter, it added 122,000 users.

Canadian carriers have been offering bundled plans and have increased promotions to retain customers in a competitive market where wireless charges are among the highest in the world.

Roger’s media business too is showing signs of recovery from pandemic blues as the Toronto Blue Jays owner posted a 12% rise in revenue, thanks to higher ad sales on its networks and full audiences at the Rogers Centre stadium.

The company incurred a C$150 million charge in customer credits due to a massive outage in July that saw some of its customers switch to competitors.

Rogers did not give any fresh update on its deal for smaller rival Shaw Communications Inc, which has been currently blocked by Canada’s antitrust bureau.

After a series of failed settlement talks, the battle between Rogers-Shaw and the antitrust agency kicked off in Canada’s Competition Tribunal on Monday and is expected to last at least four weeks.

(Reporting by Eva Mathews in Bengaluru; Editing by Arun Koyyur)