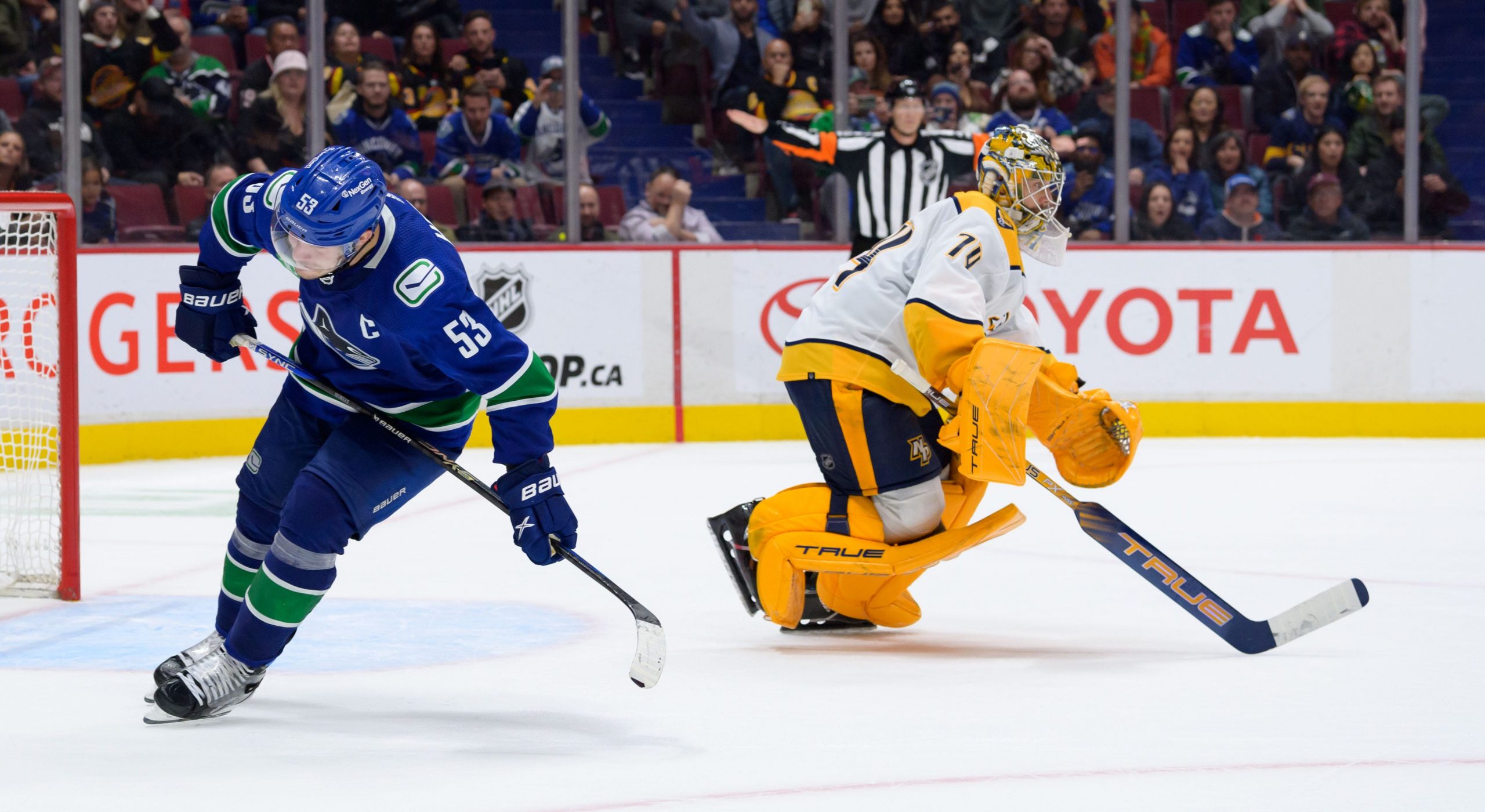 Vancouver Canucks captain Bo Horvat had an awful mistake that led to a shootout loss to the Nashville Predators on Saturday night, and a certain sports bettor paid the price for the blunder.

Horvat wants to make up for it.

The Canucks needed a goal with Horvat skating up to the puck, but as he was looking to deke out the goalie, he lost the puck. Per NHL rules, the puck must continue moving forward or it is dead, so Horvat wasn’t able to redeem himself.

Instead, the Predators rushed the ice to celebrate their win as Horvat put his head down in disappointment.

The sports bettor claimed that he needed the Canucks to win and lost $91.50, but Horvat wants to pay him back.

“Send me ur info,” Horvat replied under an Instagram comment to the sports bettor asking for the money back.

There have been instances where fans have done this, but the athletes normally just shrug them off. Horvat, on the other hand, clearly feels responsible for this, so he’s willing to make it up.

Bo Horvat (53) of the Vancouver Canucks skates past goalie Juuse Saros of the Nashville Predators after losing the puck during a shootout at Rogers Arena, Nov. 5, 2022, in Vancouver, British Columbia, Canada.
(Jeff Vinnick/NHLI via Getty Images)

Horvat did have an assist in the 4-3 loss to Nashville while collecting three shots on goal.

In the shootout, it was Elias Pettersson that got the first crack at Predators’ goalie Juuse Saros, and he couldn’t find the back of the net. But Mikael Granlund couldn’t get it past Canucks’ netminder Thatcher Demko on the next attempts.

J.T Miller had his attempt blocked by Saros, while Matt Duchene collected the only goal of the shootout. Horvat’s attempts followed and the Predators rejoiced.

Juuse Saros of the Nashville Predators, right, celebrates after Bo Horvat of the Vancouver Canucks, left, missed a shot in the shootout at Rogers Arena on Nov. 5, 2022, in Vancouver, British Columbia, Canada.
(Derek Cain/Getty Images)

Vancouver walked away with a point for the shootout, but they fell to 3-6-3 on the season. Nashville is now 5-6-1 on the year.