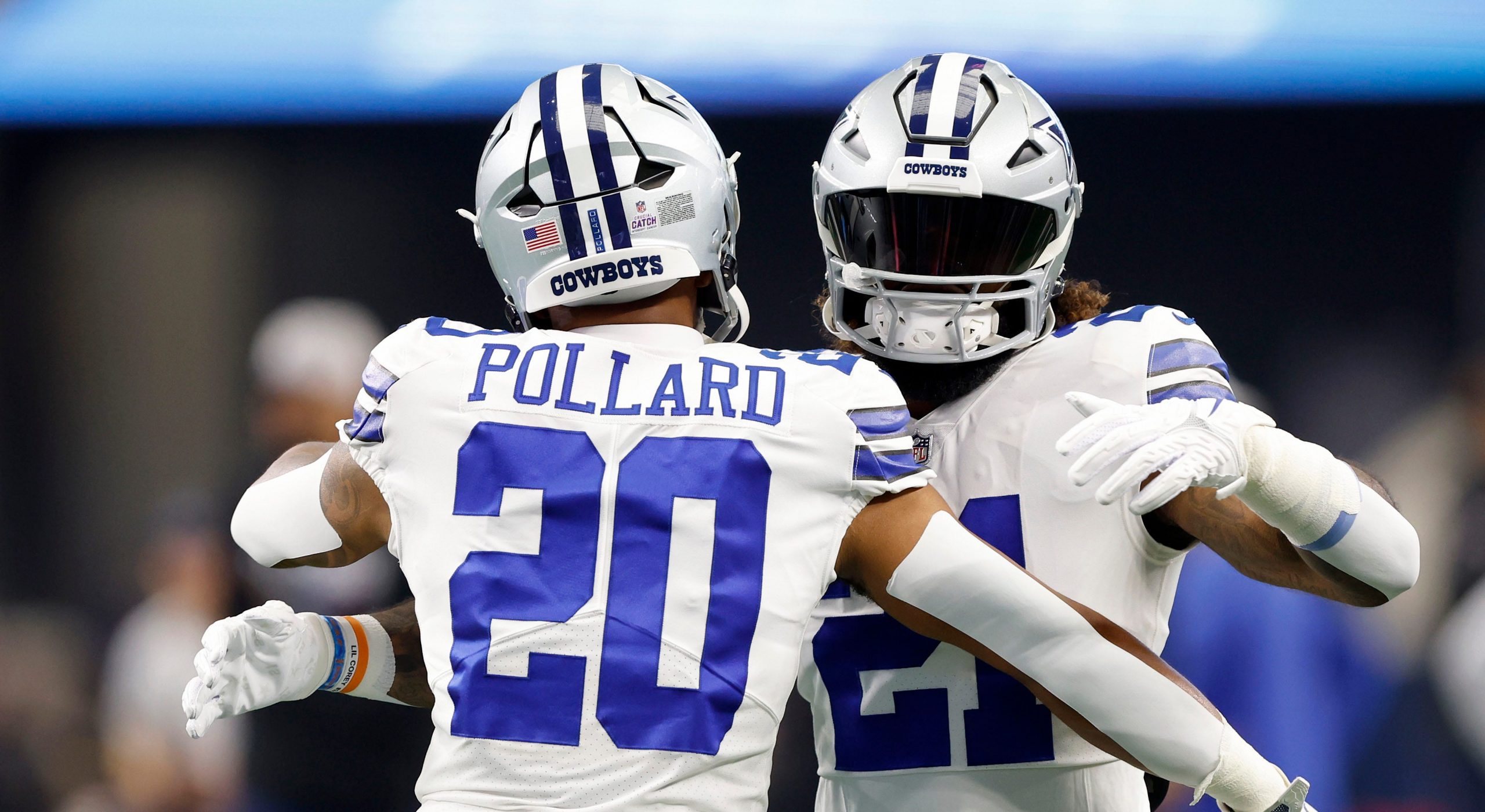 Tony Pollard had a fantastic day leading the Dallas Cowboys’ backfield in their 49-29 win over the Chicago Bears at home on Sunday.

Pollard only needed 14 rush attempts to go 131 yards with three touchdowns for the Cowboys, with one lone reception for 16 yards.

Normally, Pollard is splitting touches with Ezekiel Elliott, but the latter was hurt heading into this week with a knee injury. It’s only Elliott’s second career missed game.

Tony Pollard of the Dallas Cowboys carries the ball against the San Francisco 49ers during the second half of the NFC wild-card playoff game on Jan. 16, 2022, in Arlington, Texas.
(Tom Pennington/Getty Images)

Coming into this contest, though, Pollard had just 68 rushing yards less than Elliott on the season. Pollard had 67 attempts while Elliott had 109 for the lion’s share. So, is there a running back controversy on hand?

Elliott does provide that full head of steam every time he gets the ball in his hands, using his massive frame to bulldoze his way to first downs and touchdowns (four on the season thus far).

Dak Prescott of the Dallas Cowboys, right, celebrates with Ezekiel Elliott and Tony Pollard after a touchdown against the Detroit Lions during the fourth quarter on Oct. 23, 2022, in Arlington, Texas.
(Tom Pennington/Getty Images)

But Pollard has shown off his explosive abilities as well as an affinity to catch for Dak Prescott. He has 105 yards on 11 receptions this season while Elliott has 32 yards on six catches.

Both players, though, complement each other. While Jones says that Elliott is integral to the team’s success, so is Pollard with his ability for the home run as well as versatility no matter the offensive situation for Dallas.

There’s also no controversy when you look at the contract Jones just gave to Elliott, too. Elliott signed a six-year pact worth $90 million with a little more $50 million of it guaranteed, making him a Cowboy until the 2027 season.

Jones may have said it, but that contract proves how much the Cowboys value Elliott, so there won’t be a controversy anytime soon.

Tony Pollard and Ezekiel Elliott of the Dallas Cowboys embrace during warm-ups against the Washington Commanders, Oct. 2, 2022, in Arlington, Texas.
(Wesley Hitt/Getty Images)

Instead, Dallas will just continue to reap the rewards of having two valuable running backs as Sunday showed that the loss of Elliott doesn’t mean they can’t run the football.