Critics warn Biden not to follow through with Iran nuclear deal 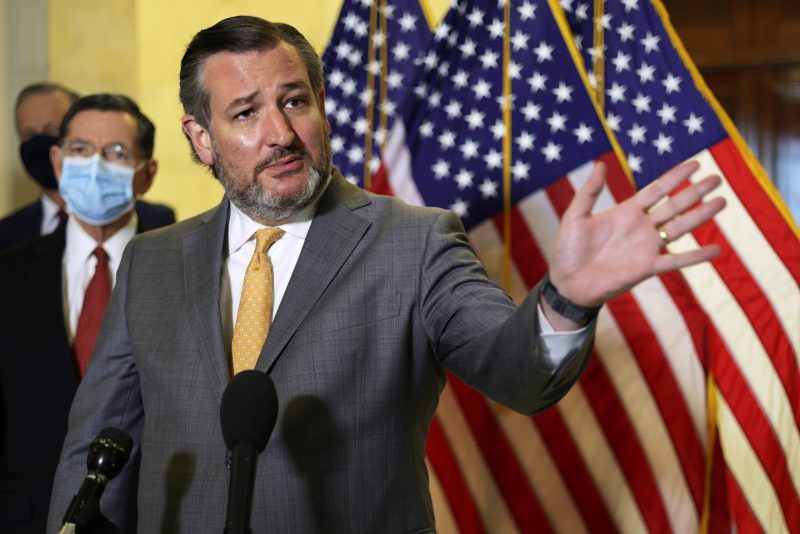 The looming agreement of another Iran nuclear deal is mobilizing critics from around the world who are trying to block the deal from being enforced. As European diplomats are close to inking a nuclear deal with Iran, critics vow to make sure an agreement doesn’t see the light of day.

In a statement issued on Tuesday, Sen. Ted Cruz (R- Texas) stressed that Iran is not an actor that negotiates in good faith. The Texas Republican pointed out that Iran is trying to hunt down American officials and dissidents on US soil and that they even failed to comply with the standards imposed during the 2015 Obama era deal.

He went on to note that a new deal would empower the Iranian Revolutionary Guards Corps to continue carrying out terrorist activities in Yemen and Israel. Cruz claimed it would lift the sanction that President Trump imposed on the rogue state and that a new deal could instead pump trillions-of-dollars into its economy.

The Iran nuclear deal is designed to let the Ayatollah cheat his way to a nuclear arsenal.

These so-called “most rigorous and intensive” inspections failed in the last deal – and will be even weaker this time.

Additionally, Cruz warned that the new agreement would allow Iran to have a nuclear arsenal, something that he’s been adamant against since the Obama administration.

“President Biden wants nothing more than to re-enter a deal that is even worse than the Obama deal,” claimed Cruz. “In Vienna, Biden diplomats have been furiously bending over backwards to surrender to the Ayatollah. The same Ayatollah who is a theocratic despot regularly chants ‘death to America’ and ‘death to Israel.’ This administration wants nothing more than to give them hundreds of billions of dollars in sanctions relief. Money that will inevitably be used to number one to murder Americans, Iran is the world’s leading state sponsor of terrorism, and number two to develop nuclear weapons.”

Meanwhile, Israel set up meetings with the White House to argue their side of the debate. On Tuesday, Israel’s National Security Advisor met with his counterpart Jake Sullivan in Washington to make it known to Joe Biden that its strongest ally in the Middle East has real concerns with the deal.

This comes ahead of a meeting between Sullivan and Israel’s Defense Minister Benny Gantz. The two are scheduled to talk on Friday. Former Israeli Prime Minister, Naftali Bennett, said he hopes Biden hears his calls to back away from the deal. Bennett stressed that his country could face dire consequences.

I call on @POTUS Biden & the US administration to refrain, even now at this last minute, from signing the agreement with Iran. This agreement will send approximately a quarter of a trillion dollars to the Iranian terror administration’s pocket and to its regional proxies, >>

“There are those who think they deserve to have their sanctions removed and hundreds of billions of dollars poured right into their rotten regime. They’re wrong,” Bennett said. “Iran deserves no rewards, no bargain deals and no sanctions relief in return for their brutality.”

However, the State Department maintained that it will not back down from its mission to accomplish its main foreign policy goal since occupying the executive branch.

State Department Spokesperson, Ned Price, said diplomats will keep trying to convince Americans that a return to the 2015 Joint Comprehensive Plan of Action (JCPOA) is much needed to secure America’s national security interest. Price said there are still issues Iran needs to air out, including not giving answers to the International Atomic Energy Agency’s (IAEA) probe into undeclared traces of enriched uranium in its nuclear facility.

“Iran needs to answer the IAEA’s questions,” said Price. “This is the only way to address these issues once and for all. Our position is not going to change regardless of where we express it – in the text of an understanding, a mutual return to full information of the JCPOA in public or elsewhere. We are… unbending in our support of the IAEA, in support of the IAEA mandates and the independence of the IAEA that is core to that mandate.”

In the meantime, it seems the Biden administration is waiting to respond to criticisms of agreeing to a deal with Iran until after the meetings with Israeli officials. Iran issued a written statement to the European Union last week signaling an end to negotiations, but American diplomats decried some of the proposals calling them impossible. The Biden administration has yet to respond to Iran’s proposal which is casting a shadow of uncertainty around the deal.