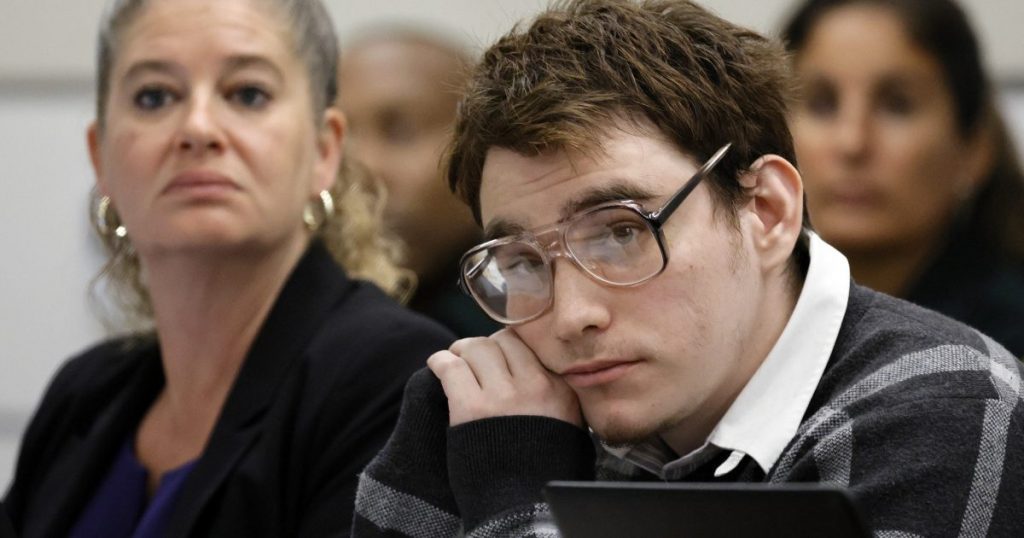 Marjory Stoneman Douglas High School shooter Nikolas Cruz is shown at the defense table after the defense team announced their intention to rest their case during the penalty phase of Cruz’s trial at the Broward County Courthouse in Fort Lauderdale on Wednesday, Sept. 14, 2022. Cruz previously plead guilty to all 17 counts of premeditated murder and 17 counts of attempted murder in the 2018 shootings. (Amy Beth Bennett/South Florida Sun Sentinel via AP, Pool)

Broward Circuit Judge Elizabeth Scherer was stunned after the defense team for the Parkland shooter unexpectedly rested its case. Lawyers for Nikolas Cruz made the surprise move Wednesday. Their move caught the judge off guard and left the prosecution unprepared for its turn to present a rebuttal.

This comes after lead Defense Attorney Melissa McNeill initially said her team would call a total of 80-witnesses but stopped at just 26. The sudden twist prompted frustration from the judge.

“I just want to say this is the most uncalled for, unprofessional way to try a case. You. You all knew about this,” Judge Scherer said. “And even if you didn’t make your decision till this morning to have 22 people plus all of this staff and every attorney march into court, be waiting as if it’s some kind of game. Now I have to send them home, the State’s not ready. They’re not going to have a witness ready. We have another day wasted. I just I honestly, I have never experienced a level of unprofessionalism in my career! It’s unbelievable!”

The jury is considering the punishment that the 23-year-old should face in connection with the 2018 shooting at Marjory Stoneman Douglas High School. The shooting left 17 people dead and 17 others injured.

Cruz’s defense team is seeking to raise questions about his mental health. They hope to convince jurors to decide life in prison instead of choosing the death penalty. However, after resting its case without warning, the judge suggested the defense was “playing chess.”

“I have never experienced a level of unprofessionalism in my career. It’s unbelievable.”

— Judge Elizabeth Scherer rips into the Parkland shooter’s defense after it unexpectedly rest its case, leading to a heated exchange pic.twitter.com/SQ8lceOh1F

“You can put make your record later. But you’ve been insulting me the entire trial so, blatantly, taking your headphones off, arguing with me, storming out, coming late intentionally if you don’t like my rulings. So quite frankly, this has been long overdue,” she said. “So please be seated.”

A unanimous vote by the jury is required to sentence Cruz to death, otherwise he will be sentenced to life in prison. The trial will continue on September 27 with the prosecution’s rebuttal. It will be followed by closing arguments. Those remarks are expected to occur the week of October 10.