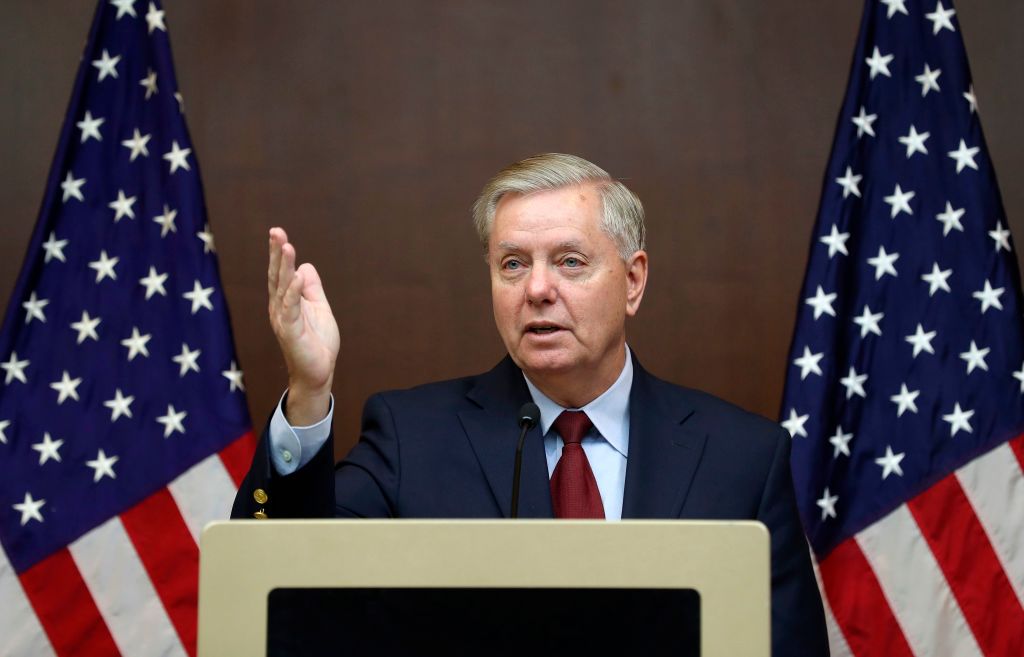 The proposed Bill is an attempt to bridge a political divide on the subject by allowing abortions up to 15-weeks past the point of conception nationwide. The Bill allows exceptions to the time limit for cases of rape, incest and pregnancies that put the mother’s life in jeopardy.

House Speaker Nancy Pelosi (D-Calif.) accused Graham of trying to outlaw the procedure while she was speaking out against the idea of each state deciding their own policy on the matter.

In a separate press conference, a trio of Democrat representatives characterized Graham’s suggestion as ‘government mandated pregnancies.’ Representative Hakeem Jeffries (D-N.Y.) said any negotiation on policy is off the table. He also claimed that Democrats only position is to enforce federal abortion enabling.

“We support Roe v. Wade,” he said. “We support the Women’s Health Protections Act. Read the Bill. Republicans, if you’re unclear on our position, we all voted for it. That’s our position. But their position is a nationwide ban.”

Jeffries was caught flat footed when a reporter pointed out that the Graham’s proposal does not ban abortions. The reporter noted that it simply aligns America’s abortion policy more closely to many European nations. The Democrat responded by spouting his unwavering support for the now-defunct Roe v. Wade court case.

After being called out for “misleading” rhetoric, Democrat Caucus Chair Rep. Hakeem Jeffries repeatedly refuses to recognize ANY abortion limits, including until the moment of birth. pic.twitter.com/M7LfCNr89A

While speaking on the floor of the upper chamber, Senator Mazie Hirono (D-Hawaii) claimed that any restrictions on unmitigated abortion should galvanize a response.

“This is an outright attack on women in this country. That is how I see it. That is how more and more women and those who support our right to make decisions about our own bodies,” Hirono said. “Madam President, I yield the floor, but clearly this is a literally a call to arms.”