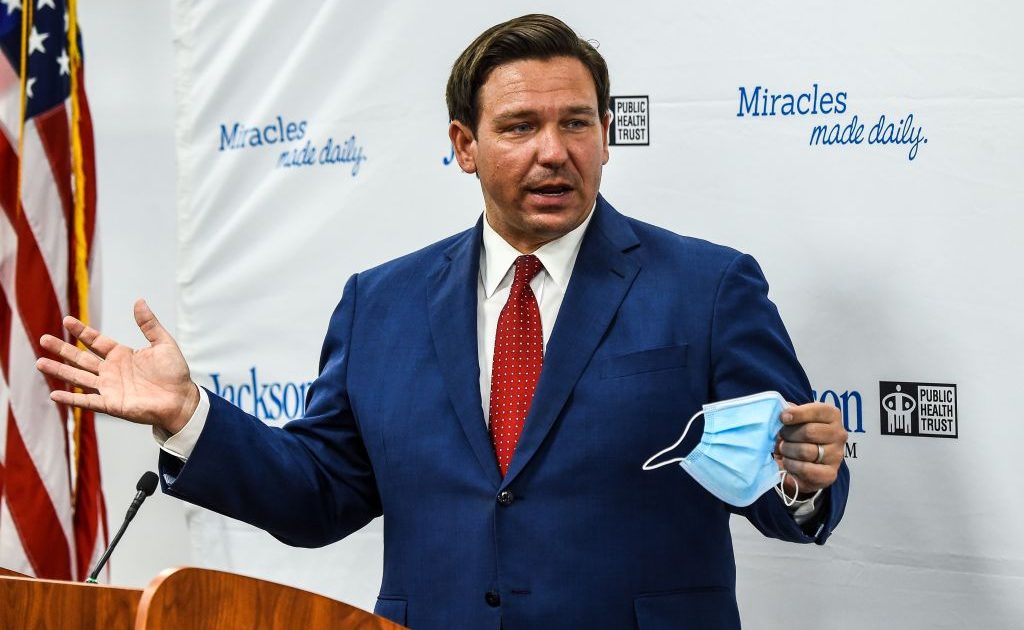 This week, Florida Republican Gov. Ronald D. DeSantis picked up endorsements from the Everglades Trust and the Florida Farm Bureau Federation FarmPAC, and a new poll shows him leading his Democratic rival Charlie Crist among independents.

The Everglades Trust Support is almost against type for a conservative Republican, but the DeSantis Administration has focused on cleaning up the state, so now the DeSantis campaign is touting its environmental successes.

The second endorsement from the Florida Farm Bureau Federation FarmPAC, came at an event hosted Tuesday by the Florida Strawberry Growers and the governor accepted the endorsements, surrounded by tractors and blue jeans.

In the ad, more than 20 people thanked DeSantis for standing up for them, included in the group were a nurse, a waitress, a schoolteacher, a minister and a police officer are just some of them.

Not only did they thank the governor for keeping the schools, restaurants, and churches open, but they also thanked him for standing up for them in the culture wars.

One of the people featured is a young female swimmer who thanked the governor for protecting her right to compete, maybe, the most poignant message is from the Special Olympics golfer Isabella Valle.

When the Special Olympics International tried to impose a vax mandate on all its athletes, DeSantis intervened, and he banned the vaccine mandate in the state, which allowed Valle to continue to compete.

The pairing of the two is the emotional cornerstone of the commercial.

Swimmer: “You let us compete.”

Isabella Valle: “All of us.”

Finally, there’s a new poll from the firm Susquehanna Polling and Research, showing DeSantis four points ahead of Crist, 47percent to 43 percent. The question is, is this race tightening?

DeSantis leads independents, which is critical, because he lost independents four years ago.

Another positive for the governor is his favorable-unfavorable numbers, are 50 percent favorable versus 43 percent unfavorable, so he has plus seven.