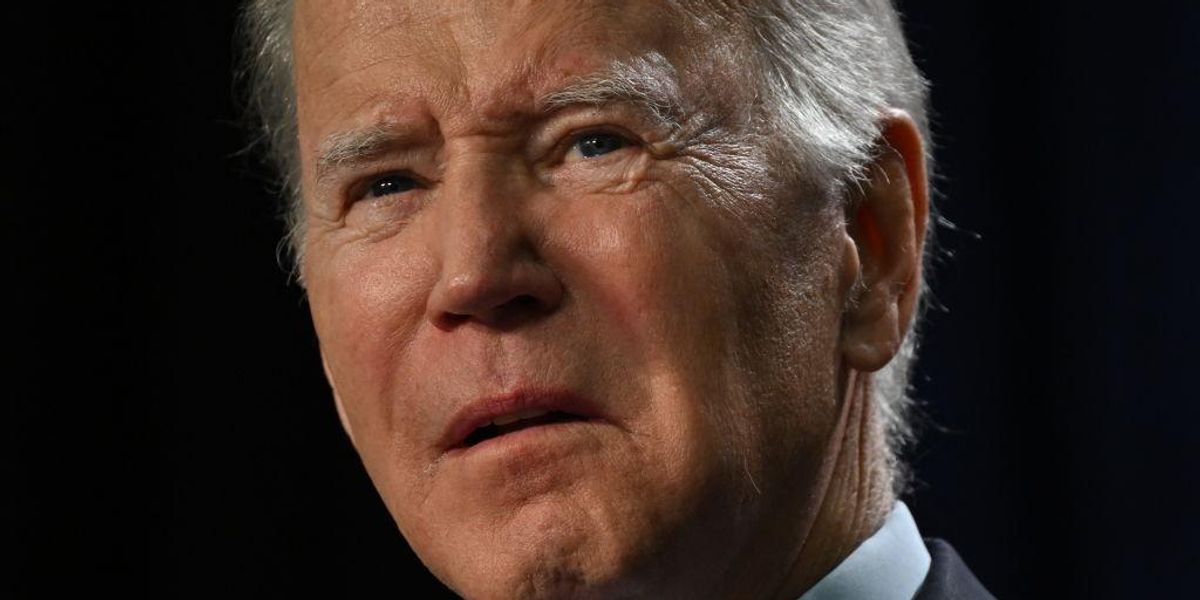 Republicans have momentum heading into the 2022 midterm elections, according to numerous forecasters. At the same time, several key Democrat-friendly media outlets appear to suddenly have lost faith in President Joe Biden.

Recent analysis by Roll Call found that there have been 22 House rating changes – 20 moved toward Republicans.

A new NPR/PBS/Marist poll revealed that the GOP has an enthusiasm advantage over Democrats in the midterms. Interest in the midterm elections is 68% for Democratic voters versus 84% for Republican voters.

Progressive outlet The Guardian conceded, “With just a few days left before polls close in America’s crucial midterm elections, Republicans appear better positioned than ever to regain control of the House of Representatives and potentially the Senate as well.”

Political betting market PredictIt is giving the GOP a 74% chance of taking back control of the U.S. Senate. Democrats had been favored as recently as Oct. 16, but the momentum from the overturning of Roe v. Wade slipped as Americans prioritized issues such as the economy and crime.

CNN noted President Joe Biden’s concerning approval rating, “His approval in Gallup’s poll stood at 40%, which is the second worst for an incumbent president in a midterm since 1974. It is the worst for a first term incumbent. Biden’s disapproval rating was 56% in the survey.”

“No first-term president whose approval rating was below his disapproval rating in a midterm since 1974 has seen his party end up with more than 200 seats in the House,” the outlet added.

On the heels of the predictions that Democrats are in legitimate danger of losing both the House and the Senate, DNC-friendly media outlets appear to have turned on Biden and levied criticisms toward the president.

The New York Times took aim at Biden’s “exaggerations” of his economic achievements. The New York Times’ official Twitter account promoted an article with the caption: “As the midterm elections near, President Biden has increasingly made exaggerations or misstatements about his influence on the U.S. economy and his policy record.”

The article began, “President Biden and his administration have told it in recent months, America has the fastest-growing economy in the world, his student debt forgiveness program passed Congress by a vote or two, and Social Security benefits became more generous thanks to his leadership. None of that was accurate.”

The Times slammed Biden for having “recently overstated his influence on the economy, or omitted key facts.”

The left-leaning publication called out Biden for taking credit for getting an increase in the Social Security checks of seniors. However, the benefit was an automatic cost-of-living increase spurred on by record inflation and not from Biden’s goodwill.

The New York Times also exposed Biden for applauding himself for decreasing the federal budget deficit by $1.4 trillion this year. But Biden failed to mention that the deficit was so high because of the $1.9 trillion pandemic aid package that he signed in 2021.

The Times added, “But as the United States has struggled to contain inflation, the Biden administration has at times resorted to cherry-picking the most favorable data points or leaving out crucial context.”

The New York Times corrected Biden on a statement he made in September when he said gas prices were averaging below $2.99 a gallon in 41 states and the District of Columbia – the prices were actually $1 higher.

The Times commented, “Needless to say, eat generic raisin bran is not exactly a poll-tested, winning message. Clips of that comment went viral on the right, racking up tens of thousands of views on conservative YouTube and TikTok channels.”

But it wasn’t just the New York Times that shined a spotlight on President Biden’s misinformation and lack of enthusiasm.

The Democrat-friendly Washington Post highlighted how Biden is struggling to energize crowds ahead of the midterms.

“His delivery was often halting and at times confusing — at one point he referred to this era as ‘the 20th century going into the second quarter of the 21st century’ — and at the end he thanked the crowd, some of whom had left during his remarks, for being ‘a very patient audience, especially standing there all this time,'” the article stated.

The article compared Biden’s lackluster speech to a “rallying” event led by Barack Obama. The article also noted that Biden was speaking in Florida – where Democrats don’t appear to be competitive in the races. Meanwhile, Obama was in the critical battleground state of Nevada.

“In addition to Florida, Biden this week is traveling to New Mexico, California and Illinois,” the article said. “He is concluding the midterm campaign season with an election eve rally in Maryland, a heavily blue state that has no races that Democrats are concerned about.”

The article read, “Even some of those who attend Biden’s rallies say he is not an energizing force for the party.”

Marvin Wilson, a 51-year-old field organizer for the Florida Democrats who attended Biden’s rally, told the Post of Obama, “He’s more energetic. He’s a better communicator. He’s more energizing, and he draws your attention. The president doesn’t do that.”