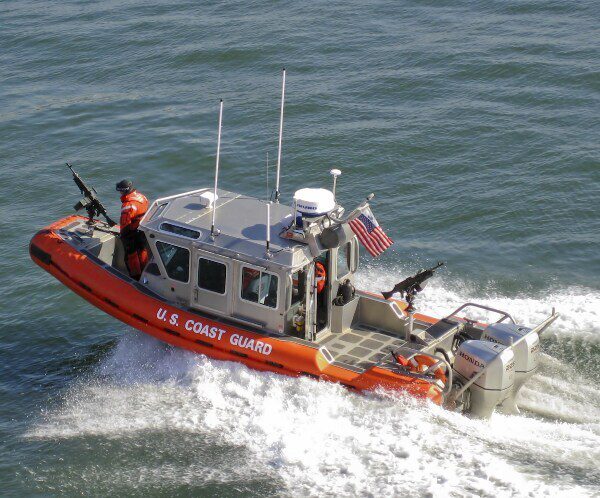 Between 25 and 50 illegal migrants landed in Florida off Fort Lauderdale, with only 12 able to be taken into custody by authorities, a Miami television station reported.

News 7 reported Tuesday that the group landed on the Seabreeze Boulevard beach near Harbor Drive just before 6 p.m.

U.S. Border Patrol told the station that 12 were taken into custody, nine from Haiti, two from Brazil, and one from the Bahamas, while the rest ran off and were still being sought Wednesday.

The incident comes just days after Florida Gov. Ron DeSantis activated the Florida National Guard to respond to a recent surge in illegal migrants landing in the state.

“As the negative impacts of [President Joe] Biden’s lawless immigration policies continue unabated, the burden of the Biden administration’s failure falls on local law enforcement who lack the resources to deal with the crisis,” DeSantis said in a Jan. 6 press release announcing his executive order to activate the Guard. “That is why I am activating the National Guard and directing state resources to help alleviate the strain on local resources. When Biden continues to ignore his legal responsibilities, we will step in to support our communities.”

The state started the new year with an estimated 300 migrants landing at Dry Tortugas National Park on Jan. 1, and another 45 going into Key West, about 70 miles away from the park, the release said.

That incident caused the park to close on Jan. 2, the National Park Service said at the time.

“Like elsewhere in the Florida Keys, the park has recently seen an increase in people arriving by boat from Cuba and landing on the islands of Dry Tortugas National Park. Park first responders provide food, water, and basic medical attention until the Department of Homeland Security arrives and takes the lead,” the Park Service said in the release.

The United States Coast Guard reported Thursday that 177 migrants landing in Florida since Jan. 4 were repatriated to Cuba.

“The U.S. Embassy in Cuba has resumed processing all immigration visas in Havana and, with the new legal pathways to enter the United States announced by the White House and Department of Homeland Security last week, we urge all people to use the safe and legal means available to travel to the United States,” Lt. Cmdr. Mark Cobb, Coast Guard District Seven, said in a statement Thursday. “Don’t put your life at risk by taking to the sea when you don’t have to.”