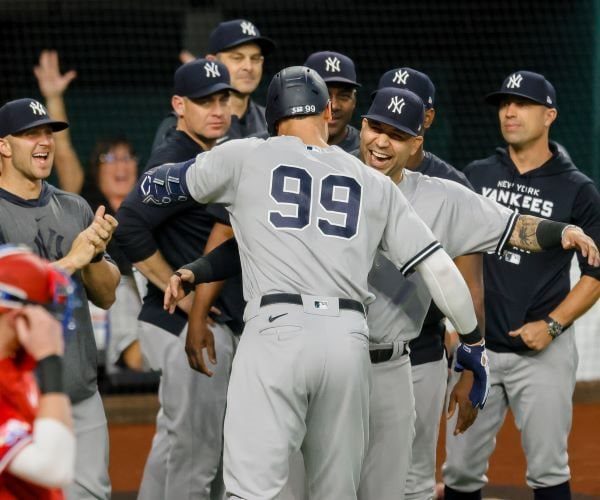 A Dallas man who caught Aaron Judge’s American League record-breaking 62nd home run ball on Tuesday night said he has not decided what to do with the historic jackpot souvenir, which early estimates put at a value of as much as $10 million or more.

The fan, Cory Youmans, has already turned down a $2 million offer for the ball.

He was sitting in the front row of Section 31 in left field at Globe Life Field in Arlington, Texas, when he snared Judge’s leadoff blast on the fly.

Surrounded by security personnel as he took the baseball to be authenticated, Youmans was asked about his plans for the potentially seven-figure prize.

“Good question. I haven’t thought about it,” said Youmans, part of a record crowd of 38,832 fans at the 3-year-old stadium.

Youmans reportedly works for an international investment firm with $197 billion in assets and is married to Bri Amaranthus, a reality TV alumna of ABC’s “The Bachelor.”

Judge confirmed after the Yankees’ 3-2 loss that he did not have the baseball.

“We’ll see what happens with that. It would be great to get it back, but that’s a souvenir for a fan. He made a great catch out there, and they’ve got every right to it.”