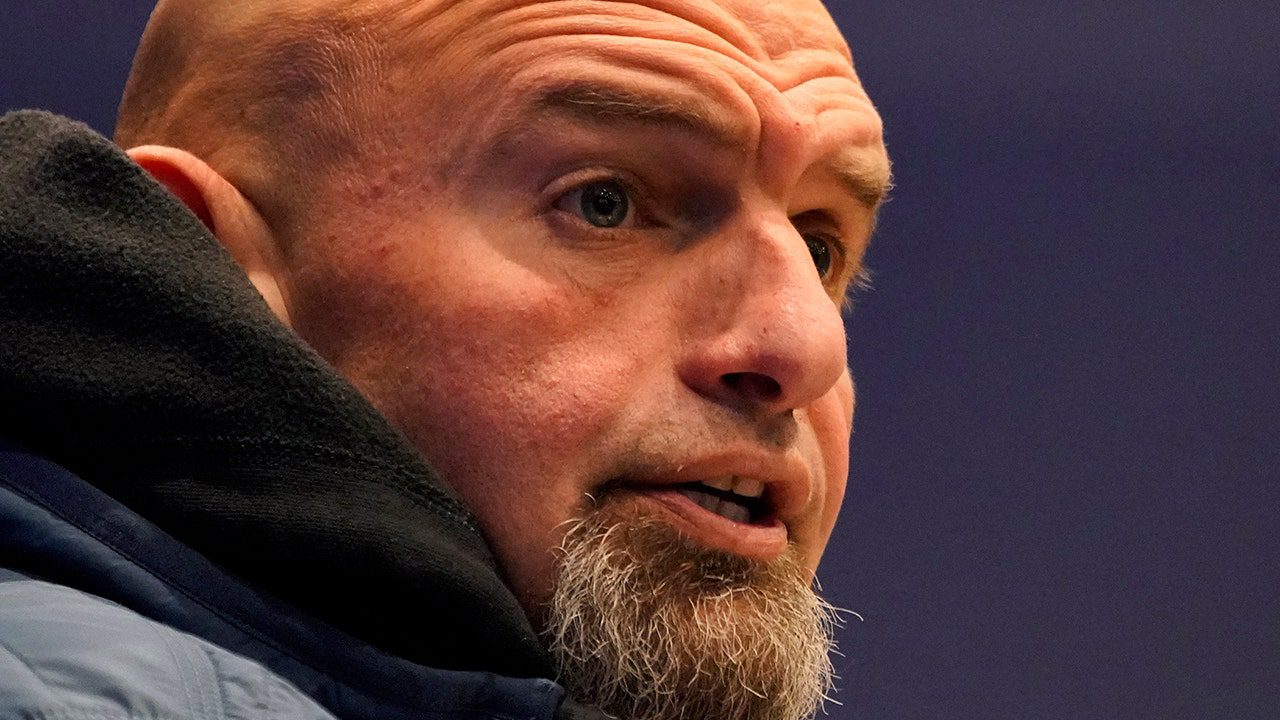 DR OZ: John Fetterman responses are not to defend his criminal positions, but rather to insult me, usually at a personal level. And listen, it was fun over the summer, but people are going to vote in ten days on the issues.

In his column for The Jewish News Syndicate, Tobin declared that these “team blue journalists” “were prepared to cover up or falsify the facts about his health in order to advance his candidacy.”

Additionally, he noted that this is part of a “trend that has become commonplace in legacy media outlets.”

SCHUMER, ON HOT MIC, ADMITS TO BIDEN THAT FETTERMAN HURT HIS CHANCES IN OZ DEBATE

Tobin’s piece, titled, “The painful truth about media bias: Some journalists lie,” began with the observation that the debate between Fetterman and his Republican opponent, Dr. Mehmet Oz, was the “most bizarre such encounter in living memory.”

Tobin said that Fetterman, who is still suffering lingering side effects from his stroke in May, “was clearly incapable of understanding many of the questions or articulating a coherent response. This was in spite of the fact that he was aided by a closed-captioning system.”

He added, “It was a painful spectacle and should inspire sympathy for his plight. One can only hope that he is eventually able to completely recover.”

The author then went after the journalists defending Fetterman, though not so much the ones spinning his debate performance as “acceptable,” but the “number of prominent liberal reporters” who “interviewed Fetterman in the months since his stroke and then assured the public that he was fine.”

He targeted all those who went after the “only” journalist willing to call out Fetterman’s health issues prior to the debate, NBC News reporter Dasha Burns. Burns courted outrage by reporting that Fetterman had trouble with small talk ahead of their formal interview, which was closed-captioned so he could understand her questions.

Tobin wrote, “In response, team blue journalists performed a gang tackle on Burns, denouncing her as insensitive or as somehow bolstering the Republicans.”

He pointed specifically to The Atlantic and Vogue contributor Molly Jong-Fast, New York Magazine’s Rebecca Traister and Kara Swisher of Vox and New York Magazine, as among those who trashed Burns in defense of Fetterman. He noted that the debate revealed that these “team blue journalists” were lying.

Tobin wrote, “Anyone who watched the dismal spectacle now knows who told the truth about Fetterman and who didn’t. Burns was following the ethical standards of her profession and, regardless of her personal views about the election, gave the public important information.”

He added, “As for Jong-Fast, Traister and Swisher, there’s no nice way to characterize their claims. They lied.

The columnist described their motives for doing so: “The same goes for all those who seconded their objections to Burns’s reporting. They want the Democrats to maintain control of the Senate. This means Fetterman must win. They were prepared to cover up or falsify the facts about his health in order to advance his candidacy.”

Tobin further described this defense of Fetterman as “sacrificing the truth in order to advance a political agenda,” which, he added, was “just one example of a trend that has become commonplace in legacy media outlets.”