First baseman Anthony Rizzo opts out of contract with Yankees 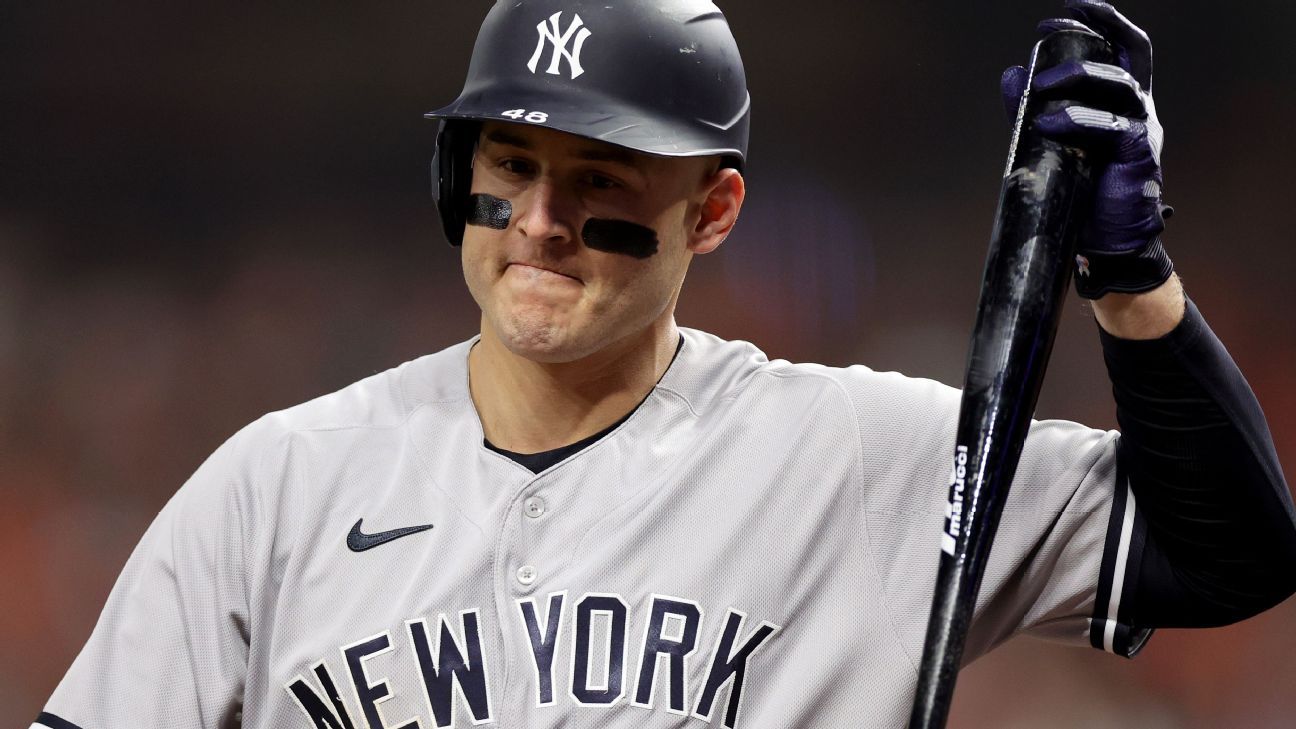 First baseman Anthony Rizzo officially opted out of his contract with the New York Yankees on Monday night, according to ESPN’s Jesse Rogers and multiple reports.

It was an expected move in a deal that would have paid him $16 million next season. Now, Rizzo enters free agency looking to secure a new deal coming off a season in which he had 32 home runs and 75 RBIs.

But the 33-year-old veteran hit just .224, and was among a host of Yankees who did not hit for average during a season that included an American League East title. New York outlasted the Cleveland Guardians in the AL Division Series before losing to the Houston Astros in the championship series.

Rizzo had a solid postseason for New York, hitting .276 with two home runs and eight RBIs. But he also had eight strikeouts in 29 at-bats.

After the Yankees were eliminated, Rizzo was noncommittal about much of anything other than decisions will be made over time.

Rizzo signed a two-year, $32 million deal with the Yankees, but because Year 2 featured a player option, the opt-out had been expected.

But you can count Yankees manager Aaron Boone among those who’d like the first baseman back with the club. Speaking to ESPN Radio earlier this month, Boone spoke glowingly of Rizzo, both on and off the field.

“He’s been everything we could have hoped for,” Boone said. “He’s been an amazing person in our clubhouse. An amazing teammate, an amazing leader, very productive on the field. I think very much cut out to play for our team, for the Yankees. I think he handles all that goes with playing here as one of the premium players and leaders so well. So yeah, I would love to have him back, of course.”

The Yankees have several other free-agent decisions awaiting them, namely the Aaron Judge situation. Judge set an AL record with 62 homers during a season-long race that captivated the baseball world all summer. And he also posted AL-best figures in RBIs (131), runs (133), walks (111), on-base percentage (.425) and slugging percentage (.686).