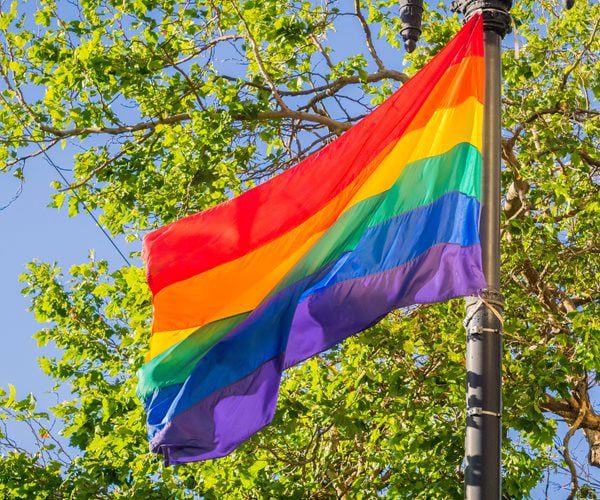 A Florida parent is suing his son’s school district in Palm Beach County, arguing the district violated the state’s “Parental Rights in Education” law when it allegedly displayed gay pride flags in classrooms.

Within the complaint, Deliu claims that on Sept. 16, his son told his parents about the prominence of the rainbow flags.

The son also said Raos attempted to impose her own belief system on the students by using a search engine to find websites about homosexual identities and issues.

In the lawsuit, Deliu condemned Raos’ actions, saying it did not align with his family’s Christian-Orthodox faith, which views homosexuality as a sin.

“I felt that was improper because I don’t send my child to that school to be taught homosexuality and taught gay pride,” Deliu told WPTV-TV in West Palm Beach earlier this week. “I thought we sent children to school to learn reading, writing and arithmetic.”

The Parental Rights in Education bill “reinforces parents’ fundamental rights to make decisions regarding the upbringing of their children.

“The bill prohibits classroom instruction on sexual orientation or gender identity in kindergarten through 3rd grade and prohibits instruction that is not age appropriate for students and requires school districts to adopt procedures for notifying parents if there is a change in services from the school regarding a child’s mental, emotional or physical health or well-being.

“The bill builds on the Parents’ Bill of Rights, which was signed into law in Florida [in March], and is part of [Gov. Ron] DeSantis’ Year of the Parent focus on protecting parental rights in education.”

The Florida law also bars public school educators through high school from addressing either topic in a manner that is not “age appropriate” for their students. Also, concerned parents now have the authority to sue school districts they believe to be in violation.

Along those lines, Deliu is accusing Raos and Emerald Cove of attempting to “mold his child’s mind without his consent.”

Also, according to the complaint, Deliu “wishes to teach his child about homosexual lifestyle choices, not in the public school system, but instead at home.”

WPTV reports that Deliu’s middle-school son has since been removed from Raos’ class.

The School District of Palm Beach County released a short statement to Fox News, reportedly saying it “does not typically comment on pending litigation. However, we look forward to the facts in this case unfolding during the process.”

Deliu is seeking a jury trial and has asked the court to declare Raos’s attempt to “proselytize” students at Emerald Cove illegal.

Deliu is also seeking a written apology from Raos and Smith Feaman, which would subsequently be published on the school district’s website.

A hearing is scheduled for Nov. 1.