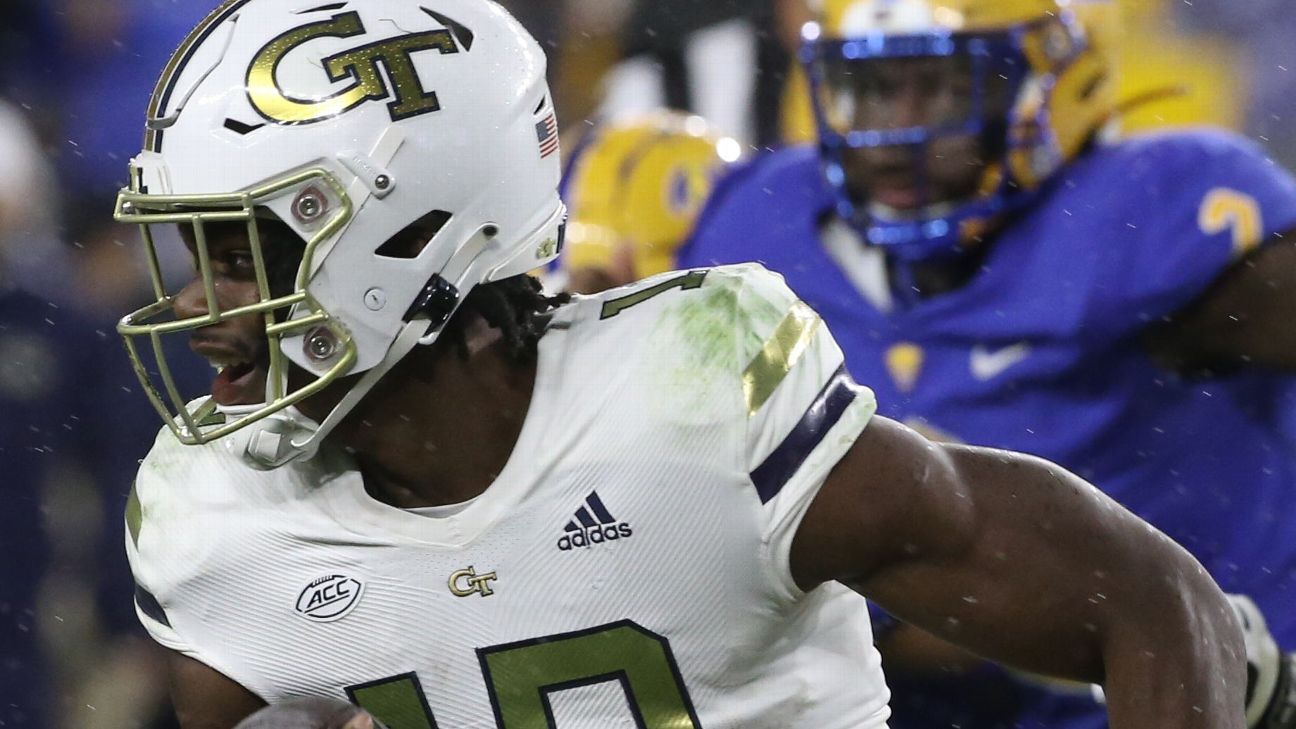 PITTSBURGH — Jeff Sims threw for one touchdown and ran for another as Georgia Tech, less than a week after seeing its coach and athletic director fired, upset No. 24 Pittsburgh, 26-21, on Saturday night.

Georgia Tech let athletic director Todd Stansbury and coach Geoff Collins go on Monday, two days after a 27-10 loss to UCF that dropped the Yellow Jackets to 1-3 on the season.

Collins was in his fourth season as coach, and the loss to the Knights last week was the Yellow Jackets’ ninth straight to FBS opponents dating to last season.

But interim coach Brent Key rallied the troops as the Yellow Jackets (2-3, 1-1 ACC) authored the performance of the season. Though they only amassed 17 first downs and 338 total yards, they possessed the ball for 31:04 in the rain in Pittsburgh and churned out a victory as 21.5-point underdogs.

“I’ve known these guys have had it in them all along, and we just needed to get them on the same page,” Key said in his postgame, on-field interview on the ACC Network.

Pitt (3-2, 0-1) struggled to gain their footing on the wet turf, finishing with just 106 yards on the ground. It was their second home loss of the year, after dropping a 34-27 overtime decision to Tennessee last month.

“The coaches rallied them together, kept them focused on the mission, one day at a time, one play at a time to get this win,” Key said.

In a stunning turn of events — though it’s still quite early in the season — the Yellow Jackets find themselves just one game behind Duke and North Carolina for first place in the ACC Coastal Division. They will host the Blue Devils on Saturday in Atlanta.

“I’m just so happy for the kids, the coaches, the alumni base,” Key said. “We have a lot of work to do now. … We’ve got Duke in seven days.”

Key is the first Yellow Jackets alum to lead the program since Bill Curry’s tenure in the 1980s.