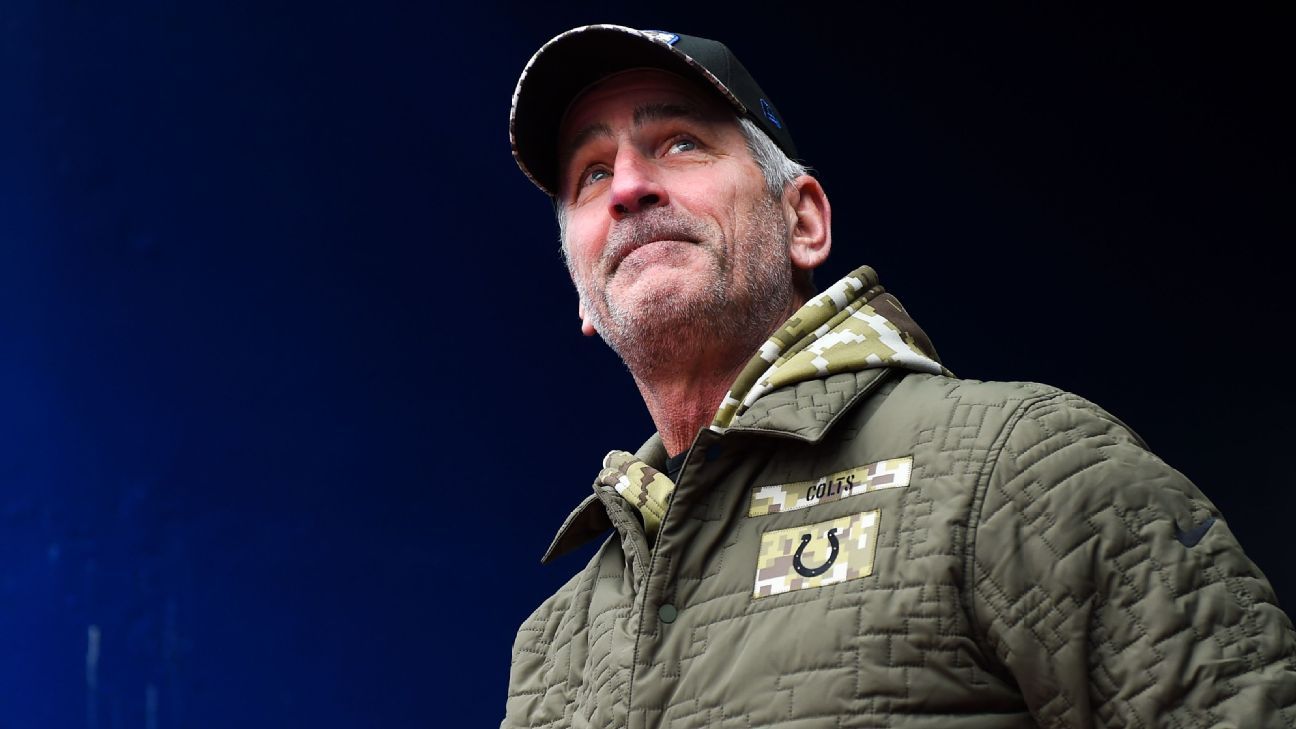 One day after one of the Indianapolis Colts’ worst offensive performances in recent memory, the team fired fifth-year head coach Frank Reich.

The Colts’ 26-3 loss to the New England Patriots on Sunday was their third straight defeat. It was the latest example of their deepening offensive challenges that are beginning to appear insurmountable despite a recent quarterback change from Matt Ryan to Sam Ehlinger and last week’s firing of offensive coordinator Marcus Brady.

Reich, 60, was 40-33-1 (.547) in the regular season and had a 1-2 record in two playoff appearances. It was a tenure defined by incessant turnover at quarterback; the Colts had different opening-day starters in each of Reich’s five seasons, as the franchise has struggled to find a quarterback to fill the shoes of Andrew Luck, who retired before the 2019 season. The tenures of the past two — Carson Wentz and Ryan — ended in ugly fashion (Wentz was traded after one season and Ryan benched after seven starts).

The Colts have been unraveling since the end of last season, when Indianapolis lost its final two games despite needing just one victory to clinch a postseason berth. The 2021 finale, a 26-11 loss to the 3-14 Jacksonville Jaguars, was a particularly unsightly performance that drew owner Jim Irsay’s ire and prompted him to recommit to fixing the problems that led to the poor finish.

Offensively, the Colts (3-5-1) are in the worst shape of Reich’s tenure. After Sunday’s game, the longtime NFL quarterback and Super Bowl-winning offensive coordinator with the 2017 Philadelphia Eagles alluded to the frustration of the Colts being so inept on offense, his area of expertise.

Lately, there have been no answers.

The Colts failed to convert any of their 14 third-down attempts Sunday, tied for the worst single-game mark in the NFL in the past 30 years. Indianapolis generated 121 yards of total offense, the team’s lowest output since 1997 and the lowest of Reich’s tenure by 84 yards.

Reich gained a reputation during his time in Indianapolis for being able to bring the team back from the brink. The Colts have been notoriously slow starters, but they have consistently rallied late in seasons. The Colts started 1-5 in 2018 but finished 10-6 and made the playoffs. Last year, they started 1-4 before rallying to 9-6, only to lose those final two regular-season games.

What remains unclear is the fate of general manager Chris Ballard, the man who put the team together and hired Reich.