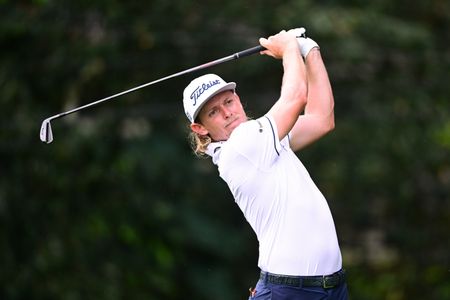 (Changes slug and headline tag, no other changes to text)

MELBOURNE (Reuters) – World number two Cameron Smith had hoped to be the linchpin of the Internationals’ Presidents Cup campaign but his decision to join the LIV Golf series has instead paved the way for a surprise debut for fellow Australian Cameron Davis.

Sydney man Davis, world number 67 and a one-time winner on the U.S. PGA Tour, was named among Trevor Immelman’s six captain’s picks for the Sept. 22-25 event at Quail Hollow against the United States.

With the PGA Tour banning players who have signed up to the Saudi-backed LIV circuit, it will be a much-reduced Internationals team bidding to end a long losing streak since the drawn 2003 tournament in South Africa.

Even with those omissions Davis was surprised by his call-up, with higher-ranked players like Australian Lucas Herbert and New Zealander Ryan Fox missing out.

“It feels awesome to be part of a team I’ve looked up towards my entire career and before that as a junior golfer,” the lanky 27-year-old told reporters.

“But it was a call that I can’t say I was expecting. It was a quietly-hopeful-for. And if it (came it would be) a good surprise. Otherwise I would have understood why not.”

Only Australian Adam Scott, Hideki Matsuyama and Im Sung-jae remain on the team that came close to breaking the Americans’ winning streak at the last tournament at Royal Melbourne three years ago.

The LIV issue had hung over the Presidents Cup selections for weeks but Davis said it was not really talked about among his International team mates.

“We knew it was up in the air. But this is what we have. We have a team.

“It’s just a pretty tumultuous time right now but I’m just sticking with my plan and my goals and my pathway, and that’s led myself to here and now amongst these guys.

“It’s an opportunity for me to take with both hands.”

(Reporting by Ian Ransom in Melbourne; Editing by Peter Rutherford)