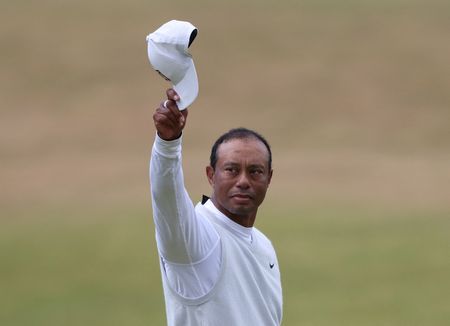 (Reuters) – Tiger Woods and Rory McIlroy announced on Tuesday the launch of TMRW Sports, a company that will aim to use technology as a way to cultivate a younger golf audience.

The company’s name is pronounced “tomorrow sports” and Mike McCarley, who served as NBC Sports’ president, golf, and global strategy, will serve as its chief executive officer, the three co-founders said in a joint news release.

“So many athletes, entertainers, and people I meet from all walks of life share our passion for sports, but they also share our desire to build a better future for the next generation

“Together, we can harness technology to bring fresh approaches to the sports we love.”

The announcement follows a Golfweek report https://golfweek.usatoday.com/2022/08/21/tiger-woods-rory-mcilroy-pga-tour-new-technology-driven-series on Sunday that said Woods and McIlroy, two of the game’s biggest stars, were leading a new venture that would have top golfers competing in a non-green grass stadium environment held in partnership with the PGA Tour.

It also comes amid the PGA Tour’s ongoing battle to grow and increase its presence in the face of the Saudi Arabia-funded LIV Golf series which has lured players away from the U.S.-based circuit with staggering sums of money.

In addition to Woods, McIlroy, and McCarley, former NBC Sports Chairman Dick Ebersol, who was an executive producer for major events like the Olympics and Super Bowl, was announced as an initial investor in TMRW Sports.

Additional partners and investors, as well as early projects in the TMRW Sports pipeline, will be announced soon, according to the news release.

“By joining forces with Tiger, Mike, and other TMRW Sports partners, we can shape the way that media and technology improve the sports experience,” said four-times major winner and world number four McIlroy.

“In a world where technology provides us with so many choices for using our time, we want to make sports more accessible for as many people as possible.”

(Reporting by Frank Pingue in Toronto, editing by Pritha Sarkar)