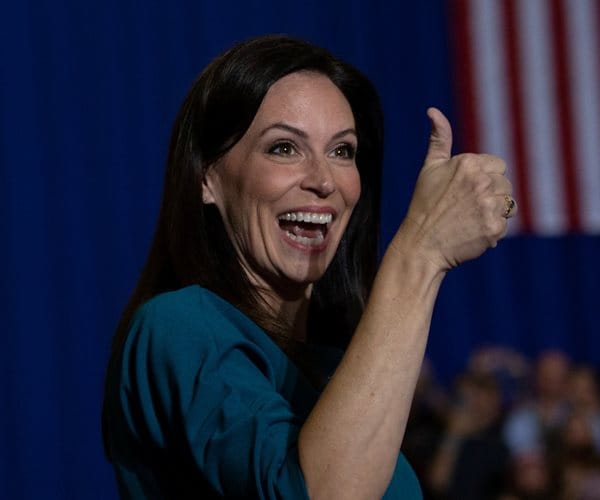 GOP Michigan gubernatorial candidate Tudor Dixon in 2020 said Democrats want to “topple” the U.S. because they lost the Civil War.

“The country today is divided, and this was the plan. It’s been in the works for years. The idea that you can topple the greatest country in the world. But to topple a country like the United States of America, you must be planning this for decades,” Dixon said during an appearance on America’s Voice News, a streaming news platform.

“Why wouldn’t that come from the party that lost the Civil War? The party that wanted to own people because they viewed them as less than human? Do you think that the Democrats are over losing to the North?”

Dixon, who is running against incumbent Democrat Gretchen Whitmer, is surging in recent polls.

Dixon in the America’s Voice News monologue claimed Democrats used the COVID-19 pandemic and the killing of George Floyd to divide the country and feed white people “white guilt” so they can assume power and “gladly own” and enslave people of all colors “again.”

“Democrat leaders, meanwhile, they sat back in their designer suits, eating their filet with their nice béarnaise sauce while they watched the country rip itself apart because they were getting it all back, the slaves again,” said Dixon. “This time they’d be people of all colors — poor and broken — looking to them and begging for help. And they will gladly own you,” adding that next they will take “your guns, your speech and your God.”