Hunter Lived at Home Where Dad’s Classified Docs Were Found 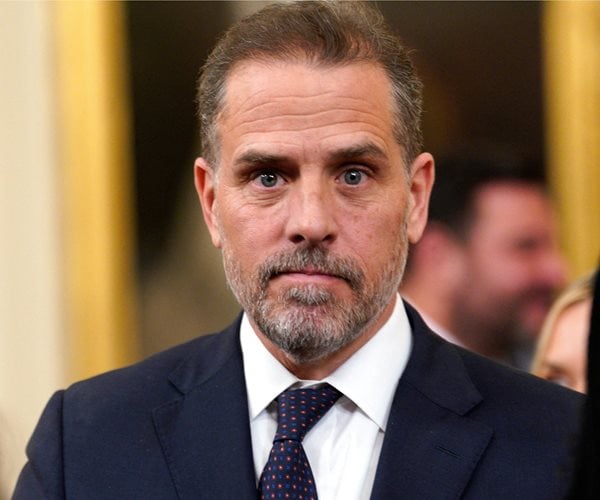 President Joe Biden suggested his “locked garage,” containing “my Corvette,” was a secure location for the latest batch of classified documents.

Meanwhile, a new report has found Hunter Biden lived at the address from 2018 to 2019. Hunter, the president’s troubled son, has been accused of peddling access to his father when Joe was vice president to reap financial benefits.

The Washington Free Beacon reported it has documented evidence Hunter Biden claimed the then-vice president’s residence as his own, according to images of Hunter Biden’s Delaware driver’s license stored on his laptop.

Hunter Biden has a host of foreign business contacts; he is also said to be facing investigation over alleged tax fraud and misstatements about past drug use on a gun application, the Free Beacon reported.

The new find — like the original, from Biden’s time as vice president — was uncovered in the garage of his home in Wilmington, Delaware, where he often spends weekends, the White House said.

Robert Hur, who was appointed by former President Donald Trump, is empowered to examine whether the cache violated any law.

“Under the regulations, the extraordinary circumstances here require the appointment of a special counsel,” Garland said.

The appointment came hours after the White House acknowledged the second batch of papers but did not address their contents. The first set was found at a Washington think tank where Biden had an office.

Republicans in Congress have been accusing the White House of a cover-up and swiftly announced their own inquiry to run independently of the criminal probe.

“As part of that process, my lawyers reviewed other places where documents from my time as vice president were stored, and they finished the review last night.”

The president said a “small number” of documents with classified markings had been found in storage areas and his library and the Justice Department was notified immediately.

Biden declined to take shouted questions from the press, but a White House lawyer said later the documents had been “inadvertently misplaced.”

Hur is a former assistant U.S. attorney who worked in the DOJ from 2007 until 2014 and returned to public service under Trump as the principal associate deputy attorney general.

He promised a swift investigation and pledged to be “fair, impartial, and dispassionate.”

The first cache of Biden documents was discovered a week before last year’s midterm elections but not revealed by the White House until Monday, prompting accusations from Republicans that it was kept secret for political reasons.

Rep. James Comer, R-Ky., head of the House Oversight Committee, said he would be leading an investigation into the “mishandling of classified documents and the Swamp’s efforts to hide this information.”

“There are many questions about why the Biden administration kept this matter a secret from the public, who had access to the office and the residence, and what information is contained in these classified documents,” he said.

Trump took to his Truth Social platform to call for an immediate end to his investigation “because I did everything right.”

After the first batch of Biden documents was discovered at his former office at the Penn Biden Center think tank last November, lawyers turned them over to the National Archives, which handles all such materials, the White House counsel’s office said.

Lawyers for Biden then scoured possible locations for any other stray documents.

Tempers flared during an exchange between Biden’s press secretary, Karine Jean-Pierre, and reporters seeking to know if she was aware of any discussions in the White House about delaying public disclosure of the original discovery.

Information from Agence France-Presse was used in this report.