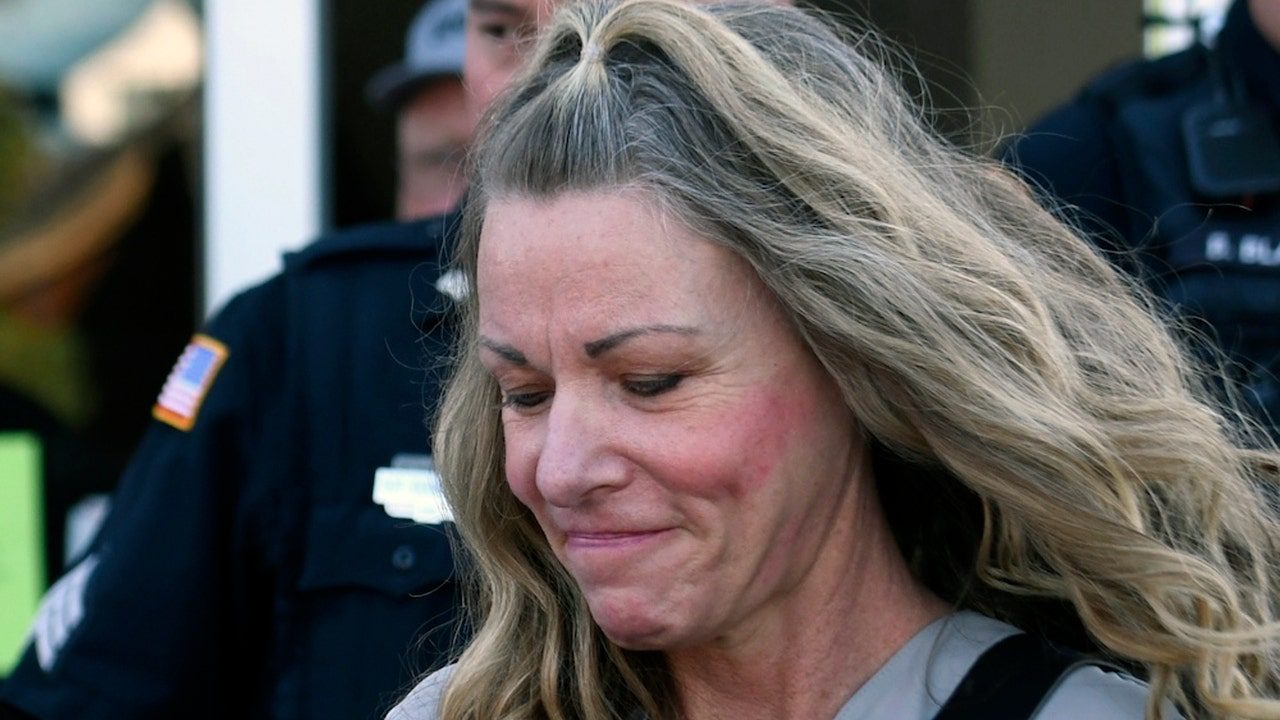 Lori Vallow will face a competency evaluation on Nov. 9, according to Fremont County, Idaho, court documents.

The so-called “doomsday mom,” who is accused of killing her two children and collecting their Social Security benefits in 2019, was scheduled to appear in court on Jan. 9, 2023, for a joint murder trial with her husband, Chad Daybell, who faces the same charges as his wife. Both trials, however, were vacated.

Fremont County Judge Stephen Boyce said last month that Vallow’s trial would be vacated until her competency can be determined.

Meanwhile, Daybell has a hearing the next day, on Nov. 10, to determine whether his trial should be separated from his wife’s.

Attorneys for Vallow Daybell, a mom charged with conspiring to kill her children and then steal their social security benefits, asked a judge on Aug. 16 to send the case back to a grand jury.
(Tony Blakeslee/East Idaho News)

Boyce previously determined Vallow to be competent to stand trial in April after she spent nine months in an Idaho mental health facility.

Vallow and Daybell are at the center of the bizarre murder case involving not only Vallow’s two children but both Daybell’s and Vallow’s deceased ex-spouses.

In October, Daybell filed requests to sever their cases. He initially filed a motion to separate his case from his wife’s in 2021, which the court denied in March, citing three potential sources for prejudice. His attorneys are arguing that a joint trial is unfair in this case because prosecutors are seeking the death penalty for Vallow, which may result in prejudice against Daybell.

Lori Vallow and Chad Daybell are at the center of a tangled case that involves a bizarre apocalyptic religious belief that prosecutors claim the couple designed to justify the murders.
(Rexburg Police Department)

Vallow’s two children, 7-year-old Joshua “J.J.” Vallow and 17-year-old Tylee Ryan, were killed in September 2019. Vallow and Daybell have been accused of collecting Social Security benefits with their information between Oct. 1, 2019, and Jan. 22, 2020.

The children were missing for several months — police say the couple lied about the children’s whereabouts and then slipped away to Hawaii — before their bodies were found buried on Daybell’s property in rural Idaho.

The case has garnered national attention and inspired various crime television episodes and documentaries. Netflix most recently released the documentary series “Sins of our Mother” about Vallow and her life before the alleged crimes on Sept. 14.

Daybell has written several apocalyptic novels based loosely on Mormon theology. Both were involved in a group that promotes preparedness for the biblical end times. Meanwhile, Vallow reportedly believed she was “a god assigned to carry out the work of the 144,000 at Christ’s second coming in July 2020,” according to divorce documents that her late ex-husband, Charles Vallow, filed before his death.

Audrey Conklin is a digital reporter for Fox News Digital and FOX Business. Email tips to audrey.conklin@fox.com or on Twitter at @audpants.