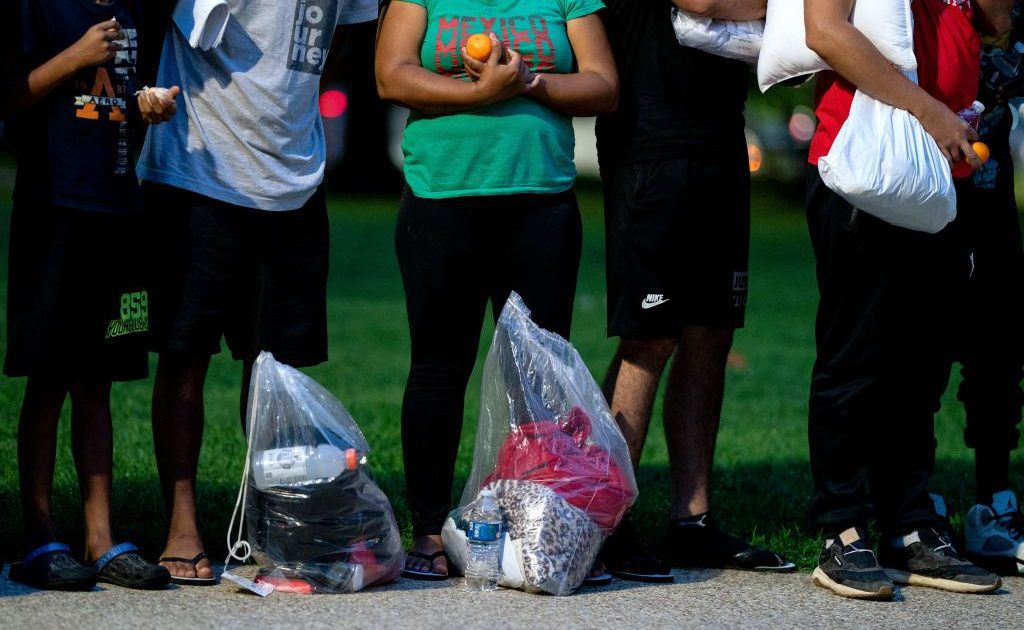 Migrants, who boarded a bus in Texas, listen to volunteers offering assistance after being dropped off within view of the US Capitol building in Washington, DC, on August 11, 2022. (Photo by STEFANI REYNOLDS/AFP via Getty Images)

The mayor of a small Illinois town is reeling after dozens of migrants are bussed to his town without notice. Elk Grove Village Mayor Craig Johnson said he recently received a call from Illinois Governor J.B. Pritzker’s office, informing him ”a bus” full of migrants would be arriving in the city that evening.

When he asked for more information such as how many migrants and which hotel they were headed to, Johnson said the office claimed “no details were available.” The small town mayor then questioned whether these migrants had been subjected to any health screenings or background checks, but given no answer. Johnson said he would provide food and water for the migrants, but not allow them off the bus.

“We started doing some homework. The State of Texas has no clue where Elk Grove Village is. They were not going to Elk Grove Village. They were going to the city of Chicago. She wants to probably say politically: ‘I’m a sanctuary city. I welcome you with open arms.’ But when reality checks, if five bus loads shows up in her city, she can’t handle it. So let’s give them to Elk Grove Village. That’s wrong…We’re not against migrants. We’re not against helping them, but we should work together. Our frustration is, no well-advance knowledge, no involvement in communication discussing how we can handle it.”

This comes as Illinois Democrat leadership, including Chicago Mayor Lori Lightfoot have attempted to play off the influx of migrants from Texas as ”racism” by Texas Governor Greg Abbott.