I’m Henry Cuellar: This is why I want Texas’ vote in the midterm election 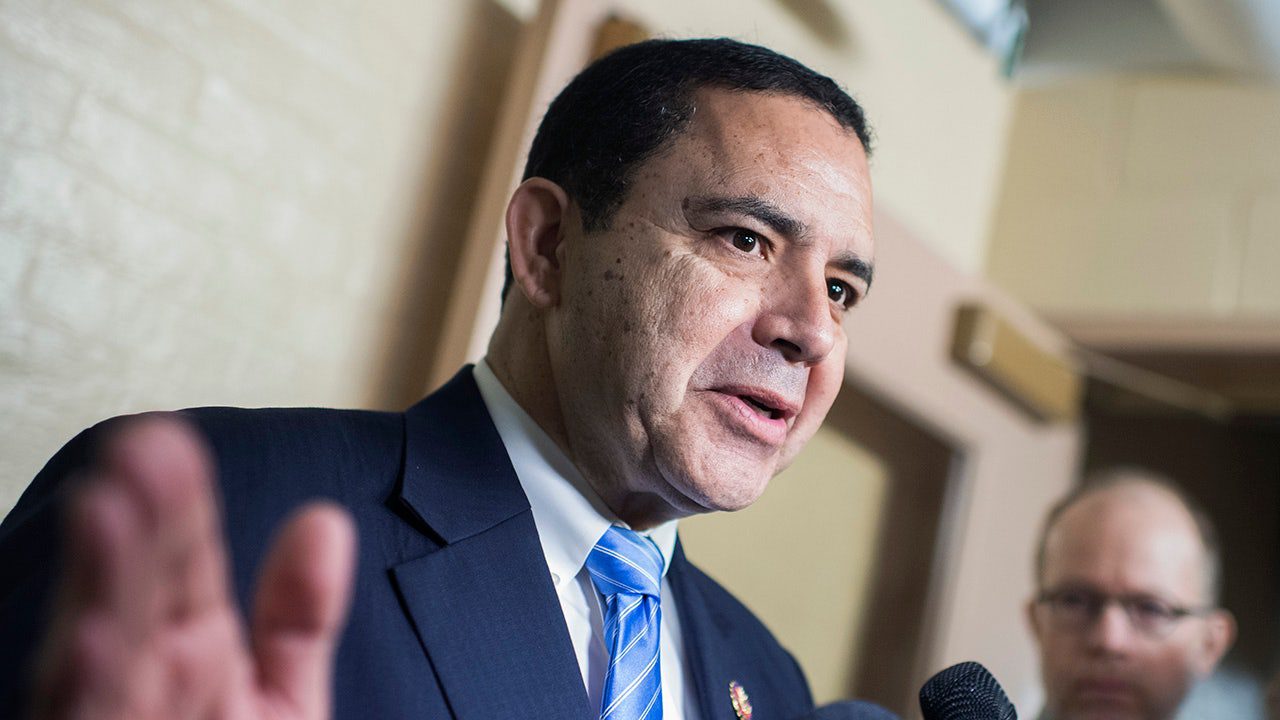 I am in Congress for a simple reason: to fight for your right to pursue the American Dream and bring home the resources to give you the opportunity to go to school, work and raise a family. I am here for you, and humbly ask for the opportunity to continue to serve you in Washington. After all, my story is the story of most of us in South Texas.

My parents, Martin and Odilia Cuellar, were migrant farm workers from Guerrero, Tamaulipas that came to the U.S. legally to give my siblings and I a better life. I was born here in Laredo, the oldest of 8 kids, and grew up like most of you; I played at the same parks, went to the same schools, and all of us worked jobs to make ends meet. My parents raised 8 children on $300 a month and taught me the importance of hard work and the value of education. That is why I left to pursue an education that prepared me to serve my community. I came back and practiced law; I became a small business owner; I taught at our university and community college; and I started my family with Imelda and our two daughters, Christina and Catherine.

As your State Representative, I understood our needs and knew how to address them: I championed affordable health care and created the first Children’s Health Insurance Program (CHIP) here in Laredo at Farias Elementary. The program proved so successful that it served as the basis for Texas’ statewide CHIP program, which expanded coverage to hundreds of thousands of children across Texas. I authored the TEXAS Grant, the largest scholarship in Texas history that allowed our students to attend college. I also helped create TAMIU, construct the Border Region building, the TXDOT District Office, and a new DPS building.

DOES MY VOTE REALLY COUNT? UNDERSTANDING VOTING IN ELECTIONS

Rep. Henry Cuellar, D-Texas, talks with reporters in the Capitol after a meeting of House Democrats on Thursday, June 27, 2019.
(Tom Williams/CQ Roll Call)

When I was elected to represent you in Congress, Laredo finally had a seat at the table in Washington – and I got to work. I worked quickly to build relationships, on both sides of the aisle, that allowed me to deliver results for our community no matter who was in office. That is what leadership is all about and why I am always able to get to the table where important decisions are being made.

As the only Texas Democrat and Senior Member of the House Appropriations Committee, the checkbook of Congress, I delivered billions of dollars for TX-28 by funding: public schools & universities, teacher pay raises, affordable and accessible health care, small businesses, border security, law enforcement, military and veterans, senior’s needs and much more.

HOW MUCH DO POLITICAL CAMPAIGN ADS REALLY MATTER AND DO THEY ACTUALLY WORK ON VOTERS?

When the pandemic shut down our communities, we got people vaccinated and kept small businesses open. We also distributed meals to seniors and the needy. Then I helped pass the historic Bipartisan Infrastructure Bill which helped our economy recover. Now, Texas has created more jobs than we had before the pandemic and more people are starting business than ever before.

In Congress, I led the fight for the Affordable Care Act that provided healthcare coverage to millions of uninsured Americans and prevented insurance companies from denying coverage due to pre-existing conditions. I also funded the Gateway Community Health Clinic that provides services to over 37,000 people. Recently, I funded healthcare clinics in West Laredo, Laredo College South Campus, Rio Bravo and El Cenizo, supported substance abuse and mental health services in organizations like SCAN, PILLAR, and Border Region.  I also pushed legislation to expand healthcare for South Texas families by capping the price of insulin, lowering prescription drug prices, and allowing Medicare to negotiate drug prices with pharmaceutical companies to keep more money in your pocket.

As my opponent has said, I have been strong on the border. As Vice Chair of the Homeland Appropriations Subcommittee, I have consistently fought to deliver funding increases for USBP and CBP; support pay raises, hiring more agents, physical and mental health resources, education, equipment, technology, uniform allowances, and other resources.

I secured $88 million to rehabilitate bridges 1 and 2, and I just announced a $365 million project to expand our checkpoint and help stop the flow of drugs and human trafficking, while improving trade. That does not include the over $1.6 billion in funding I announced for transportation projects in Webb County – the largest amount our area has ever received for transportation.

Additionally, in 2008 I helped created Operation Stonegarden, and have since helped secure over $142 million in total funding to support local law enforcement operations to secure the border. I believe in legal immigration, the way our parents did it, and there should be repercussions for those crossing into our country illegally. I also delivered $28 million for an Air Marine hangar in Laredo and $117.4 million for the construction of a new San Antonio U.S. Courthouse.

I have always supported law enforcement. I have 3 brothers who are peace officers and was the leading Democrat to pass legislation that allows us to prosecute anyone who harms a federal agent outside of the U.S.

In Congress, seniority translates to results. Currently, my seniority is 73 – next year it’ll be 60. A new member would start at the bottom, number 435.

We cannot have leaders who are uncompromising and extreme. My opponent doesn’t understand our problems. She just moved to the northern part of the district a few months ago and is led by right-winged extremists who will deny health coverage to people with pre-existing conditions, like your asthma, or mom’s diabetes. If she were to have her way, she would eliminate Medicare and Social Security altogether, and take money away from our public schools. My opponent doesn’t understand our needs. She doesn’t speak Spanish like we do. After all, she’s not from here.

I firmly believe that I’m the best candidate for Congress and humbly ask for your vote. I am trusted by our community and endorsed by over 182 public officials in TX-28 and the police, sheriff deputies’, and firefighters’ associations. No matter your party, I’ll never stop fighting for you and most importantly, I’ll never stop fighting for Laredo.

CLICK HERE TO READ AN OPED FROM THE AUTHOR’S OPPONENT – I’M CASSY GARCIA: THIS IS WHY I WANT TEXAS’ VOTE IN THE MIDTERM ELECTION