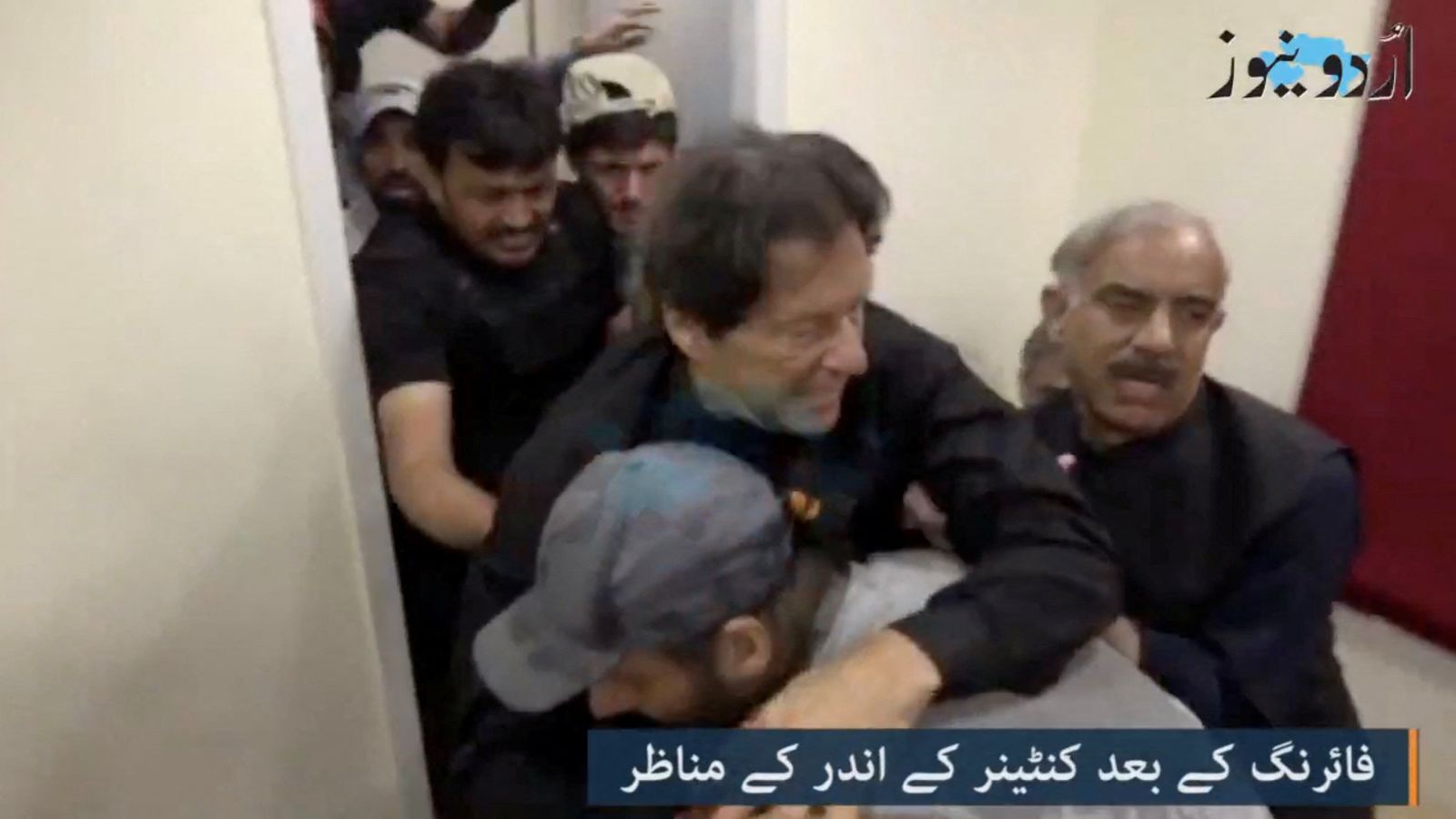 Former Pakistan prime minister Imran Khan has been shot in the leg in what his supporters say was an assassination attempt.

A gunman opened fire while Mr Khan, 70, was giving a speech at a rally in Wazirabad in Punjab province on Thursday, wounding him and some of his supporters, officials said.

Sky’s Cordelia Lynch, who was at the scene, said a Sky News producer saw the injured former cricketer emerge from his container truck.

“My cameraman Duncan Sharp and I were sitting inside the container Imran Khan was on top of, when we suddenly heard screams,” she said.

Footage from the unfolding scene captured what local media is citing as the gunman, who appeared to escape as members of the public tried to take the weapon off him.

“Then Imran Khan emerged. He had been shot, I understand, in the left leg. In fact, our producer here, Muhammad, was able to see that.”

Mr Khan was rushed away from the scene to a hospital in Lahore, and his supporters said he had survived the assassination attempt.

The cricketing hero-turned-politician – who has been pushing for new elections after being ousted from power in April – has been delivering fiery speeches at gatherings across the country.

He was six days into a march from Lahore to Islamabad in his drive to bring early elections to the country, pushing for radical change, when the shooting took place.

Large crowds had gathered to hear him speak – and Lynch said she had just interviewed him about threats of violence – when there was a “sudden commotion”.

She said: “The door flew open and we were faced with a panicked-looking crowd. Some were shouting, ‘Imran Khan is dead’, others were asking: ‘Is he dead? Is he dead?’ 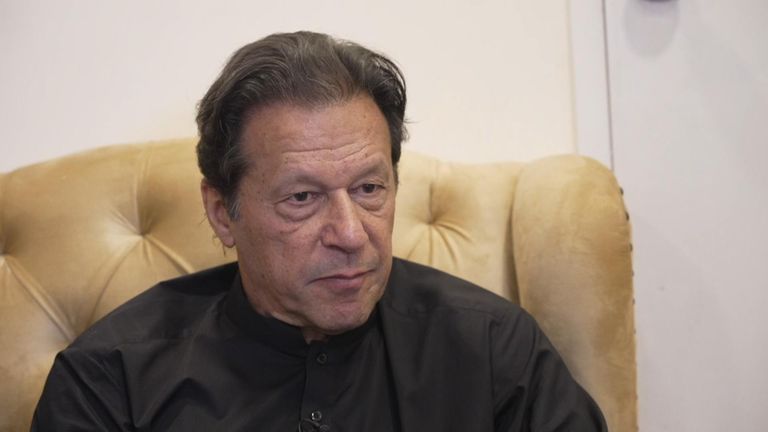 Two hours before he was shot, the former Pakistan PM spoke to Sky News and insisted he was hopeful there would not be violence on his Long March

“Armed police started running towards us. Ambulances were screeching into the area. I saw one bloodied man carried into the ambulance and then another,” she said.

“The injured were taken into an ambulance… a lot of panic… people rushing. No one could quite work out what was happening.

“Imran Khan was taken away… a doctor, who was close by, treated three patients.”

Faisal Javed, one of Mr Khan’s close aides and a senator, was among the injured.

“It was a clear assassination attempt. Imran Khan was hit but he’s stable. There was a lot of bleeding.

“If the shooter had not been stopped by people there, the entire PTI leadership would have been wiped out.”

Mr Javed, who had blood stains on his clothes, told Geo TV from the hospital: “Several of our colleagues are wounded. We heard that one of them is dead.” 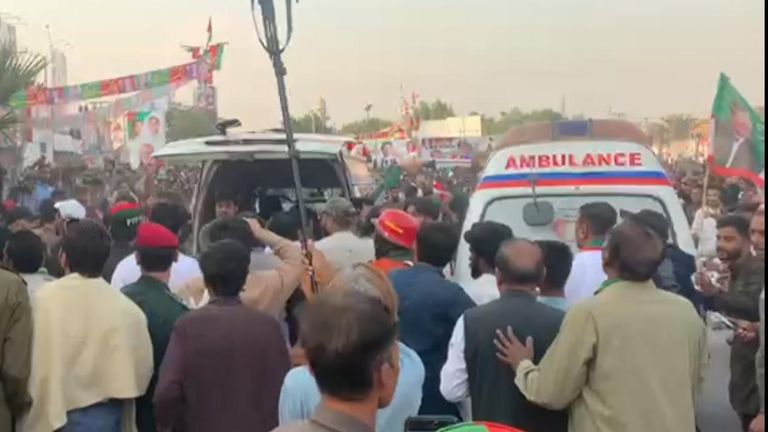 During the interview, a supporter pointed to a bandage on the left-hand-side of Mr Javed’s face, saying a bullet had skimmed his cheek.

“This was the worst case scenario – what so many people were concerned about was that this peaceful protest had the potential to turn violent,” said Lynch.

“This is a very real dramatic turn of events, and you could really feel the fear. An hour before we had seen people throwing up confetti.

“A lot of people in the crowd were instantly in tears and were very worried about what had happened to him (Mr Khan),” she added.

Mr Khan had been travelling in a large convoy of trucks and cars heading towards the capital, as part of his campaign.

“This is not for politics or personal gain, or to topple the government… this is to bring genuine freedom to the country,” the cricket legend said in a video message on the eve of the march.

Officials said a suspect was arrested at the scene. Local media reports suggested the gunman had acted alone.