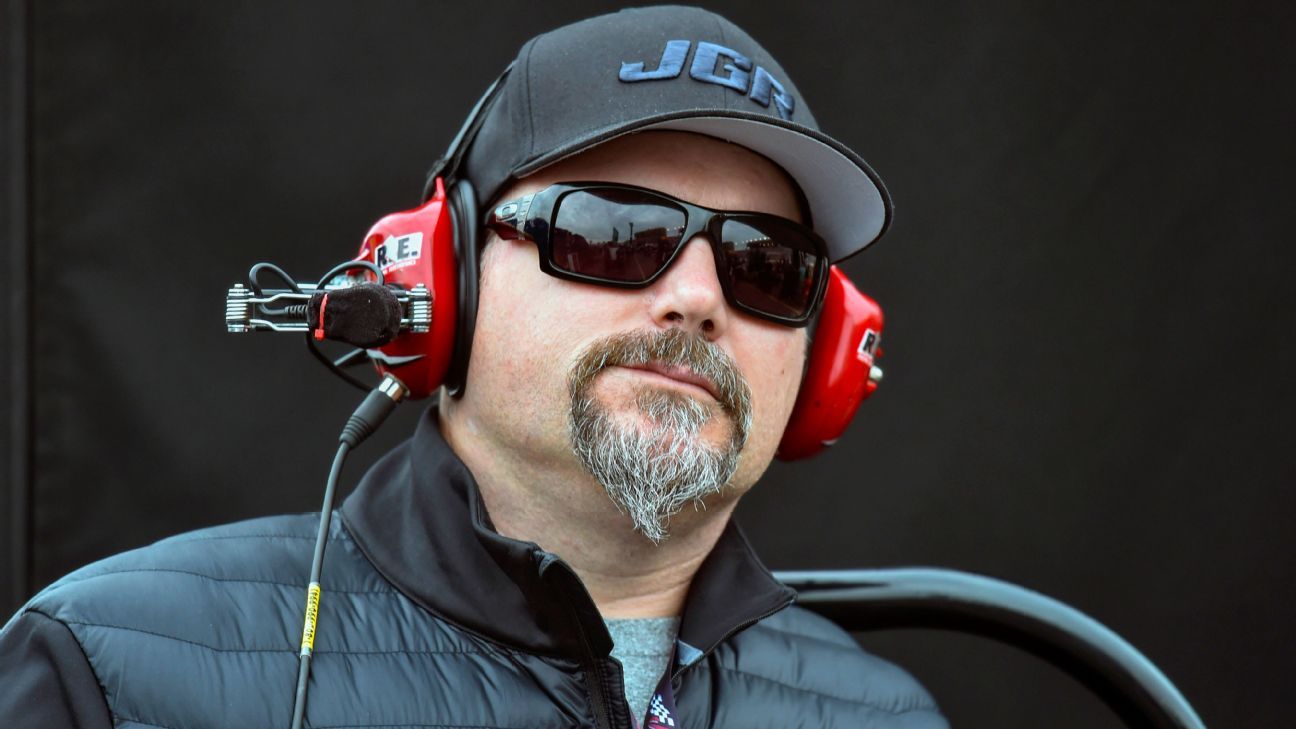 Coy Gibbs, the vice chairman of Joe Gibbs Racing for his NFL and NASCAR Hall of Fame father, died Sunday morning just hours after his son won the Xfinity Series championship. He was 49.

“It is with great sorrow that Joe Gibbs Racing confirms that Coy Gibbs (co-owner) went to be with the Lord in his sleep last night,” the team said in a statement released shortly before the start of the NASCAR season finale. “The family appreciates all the thoughts and prayers and asks for privacy at this time.”

Joe Gibbs has lost both of his sons. J.D. Gibbs died in 2019 of degenerative neurological disease; he was also 49 at the time of his death. Coy Gibbs succeeded his older brother as vice chairman of the family-run NASCAR organization.

“We are heartbroken by the tragic loss of Coy Gibbs,” NASCAR chairman and CEO Jim France said. “On behalf of the France Family and all of NASCAR, I extend my deepest condolences to Joe, Pat, Heather, the Gibbs family and everyone at Joe Gibbs Racing on the loss of Coy, a true friend and racer.”

NASCAR held a moment of silence for Coy Gibbs before the Cup championship Sunday at Phoenix Raceway, where JGR’s Christopher Bell was racing for the title. Kyle Busch, in his final race after 15 years with the team, was crying on pit road before the start of the race.

“Today we will do what we don’t want to do, but we will unite as a family and race for the name on our chest,” JGR driver Denny Hamlin tweeted.

Today we will do what we don’t want to do, but we we will unite as a family and race for the name on our chest. @JoeGibbsRacing

Ty Gibbs had been scheduled to drive the No. 23 for 23XI Racing but was replaced by Daniel Hemric for what 23XI called “a family emergency.” Jackson Gibbs, son of the late J.D. Gibbs, was on Bell’s pit crew Sunday and worked the race.

Coy Gibbs had just closed a tumultuous week with his 20-year-old son, who won the Xfinity title Saturday and is soon expected to be named Busch’s replacement at JGR.

But Ty Gibbs has been criticized this year for aggressive driving and last week wrecked teammate Brandon Jones out of the lead at Martinsville Speedway on the final lap. Jones needed to win the race to make the Xfinity championship, and JGR and Toyota would have had two cars in the finale had Gibbs just stayed in second.

On Saturday, shortly before Ty Gibbs won his title, Hamlin said it had been a difficult week at JGR. He had tweeted after Ty Gibbs crashed Jones, “I miss J.D.,” and explained he was referring to the atmosphere at JGR established by J.D. Gibbs, which he called a “tight family unit.”

“We really have to treat them like they’re our brother and our family, and I think at times at JGR, we probably work with each other the least amount of any other team, and that’s just the facts,” Hamlin said. “I’m not saying it’s anyone’s fault currently, but J.D. was just different because he really wrapped his arms around everyone. I told Coy, ‘J.D. was my dad.’ He was really my dad as soon as I came into the series, so when you lose that, it changes the culture a little bit, and we just have to get it back.”

Joe Gibbs and Coy Gibbs spent the ensuing days defending their young driver, who was resoundingly booed at Martinsville and Phoenix after his back-to-back victories. Ty Gibbs made his own humbling apology tour before holding off Noah Gragson for the championship.

“Prayers to the Gibbs family,” tweeted Gragson, who had open animosity toward Ty Gibbs most of the Xfinity season before congratulating him following Saturday’s title win.

During Saturday’s postrace news conference, the last time that Coy Gibbs was seen publicly, he addressed the difficulty of the days leading up to his son’s championship clincher.

“It’s definitely been a tough week for sure,” Coy Gibbs said. “When you start this day, I’m kind of like, I just want to get this day over with. That was my mindset, because I want to move on and get past it. I’ve been through this before in multiple sports. Ty hasn’t. So it was more watching him and seeing how he’s going to react during the day. I think he’s just doubled down and did his job after making a huge mistake last week. It was fun to watch that.”

Coy Gibbs played linebacker at Stanford from 1991 to 1994 and served as an offensive quality control assistant during his father’s second stint as the Washington NFL coach.

Commanders owners Dan and Tanya said in a statement that they were “devastated” by Gibbs’ death and expressed their sympathies to the entire Gibbs family.

Gibbs had a short racing career, including two years in the then-NASCAR Busch Series and three in the Trucks series before helping his father launch Joe Gibbs Racing Motocross in 2007.

“Racing is a family and the relationships within the entire garage go so much deeper than on-track competition. Today, we lost a dear part of our family,” Toyota Racing Development president David Wilson said in a statement. “The loss of Coy Gibbs is devastating to everyone at Toyota and TRD. Our deepest condolences and prayers are with Joe, Pat, Heather, Ty, Case, Jett and Elle and the entire Gibbs family and Joe Gibbs Racing family.”

Coy Gibbs was born in Fayetteville, Arkansas, and lived in Cornelius, North Carolina, with his wife, Heather, and four children.

ESPN’s Ryan McGee and The Associated Press contributed to this report.