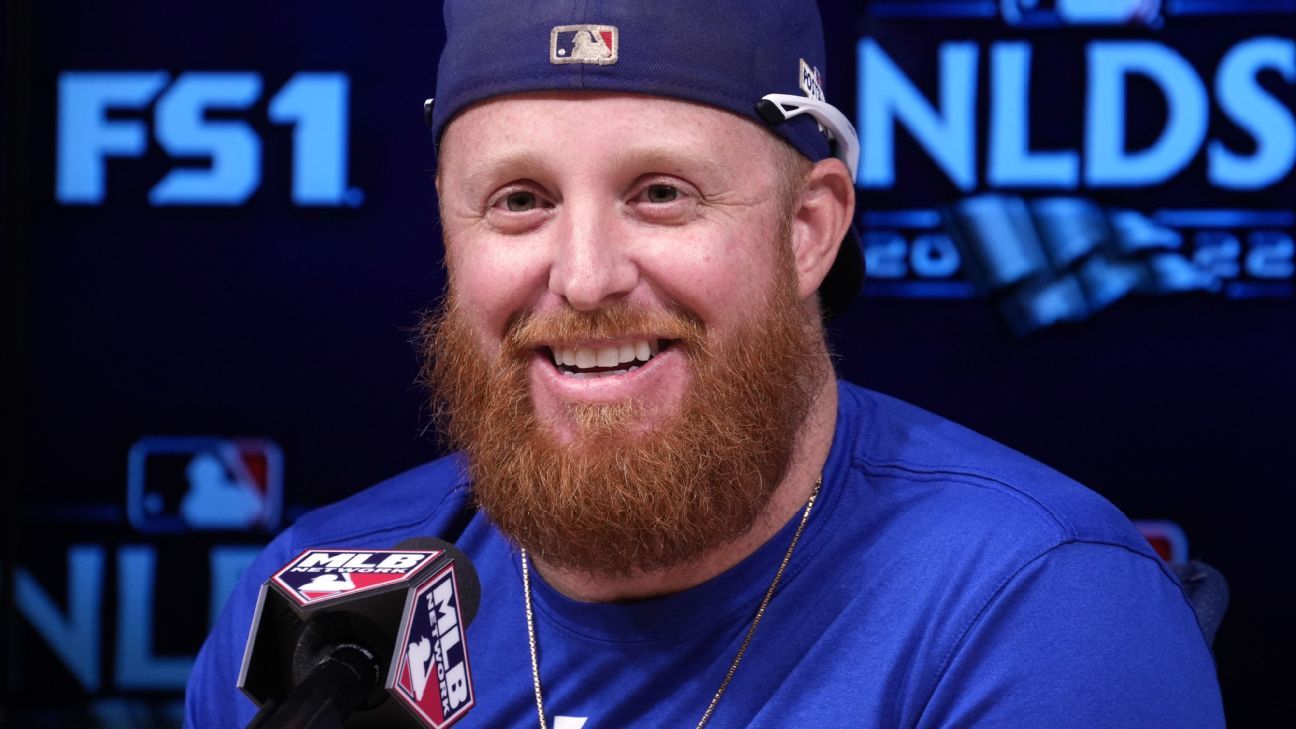 Justin Turner, who has spent his entire stint with the Los Angeles Dodgers fervidly giving back to the community where he grew up, has been named recipient of the prestigious Roberto Clemente Award, which annually honors players for their philanthropic efforts.

Turner, the Dodgers’ Clemente Award nominee in five of the past six seasons, is in Philadelphia to be commemorated alongside the Clemente family and Major League Baseball commissioner Rob Manfred ahead of Game 3 of the World Series on Monday. Turner is the third member of the Dodgers to win the award, after Steve Garvey in 1981 and Clayton Kershaw in 2012.

The award is in many ways a culmination of Turner’s time in Los Angeles. When he arrived with the Dodgers as a free agent in February 2014, he was a 29-year-old journeyman infielder struggling to carve out a defined role in the major leagues. He overhauled his swing, established himself as an every-day third baseman, made two All-Star teams, won a World Series championship and started the Justin Turner Foundation.

Turner is 37 now and suddenly uncertain about whether his time with the Dodgers has come to an end. The team holds a $16 million club option for 2023 and has yet to announce whether it will exercise it.

“Everything in my life really feels like it has taken off since the day I put the Dodger uniform on,” Turner said on a conference call. “Obviously, it’s very special to me, growing up in Southern California, getting to wear that jersey and getting to be a part of an organization that has so much history and has so many people who have impacted the game in so many different ways. I’m just trying to do my little part.”

Turner’s foundation, started alongside his wife, Kourtney, began in 2016 with a desire to support homeless veterans, children and families battling life-altering diseases and illnesses. In recent years, Turner has become intimately involved with the Dream Center, an L.A.-based resource center focused on supporting the homeless through community outreach programs. He and Kourtney have also provided more than 70,000 toys and 14,000 bicycles to children in L.A. and have donated more than $100,000 for Children’s Hospital Los Angeles, where Turner now sits on the board of directors, according to a release from MLB.

Turner, made available over the weekend, said he was still in “wait-and-see mode” as to whether he’d return to the Dodgers next season but added that his charitable efforts would continue long after his time with the team has concluded.

“I think that’s something that will always be part of Kourtney and I’s DNA,” Turner said. “Obviously, we don’t know what it will look like when eventually I am done playing, and when the events come together and what’s going to happen on that front. But I think it’s something that we will always continue and always be giving back to help people in need.”