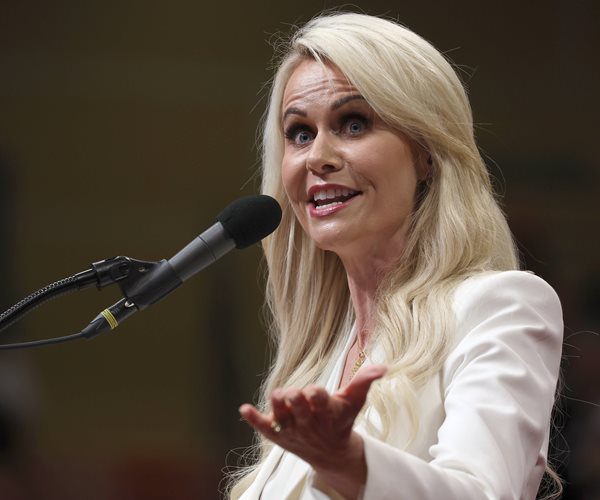 Alaska Senate candidate Kelly Tshibaka, during an appearance on “Sunday Morning Futures with Maria Bartiromo,” said that while knocking on doors for her campaign, the things that mattered most to Americans were “inflation and jobs.”

“Thanks so much for having me, Maria,” Tshibaka told the Fox News host. “I’m actually joining you from Valdez, Alaska; it’s the community at the end of the pipeline that brings all of our oil from the north slope down so it can be shipped out. And that’s exactly what we’re talking about: I’ve knocked thousands of doors across the state; the No. 1 thing I hear is ‘inflation and jobs.’

“We’ve lost over 25,000 jobs in our oil and gas industry across this state, and those jobs haven’t been refilled since the Biden administration.

“There’s a lot of policies coming from D.C. that shut down our industry. The main way,” Tshibaka adds, “is through Deb Haaland,” the Biden administration’s secretary of the Interior Department.

“Biden’s making good on his promise to shut down our traditional fuel industries, and it was [Alaska Sen.] Lisa Murkowski who cast the tie-breaking vote in committee to advance that nomination.”