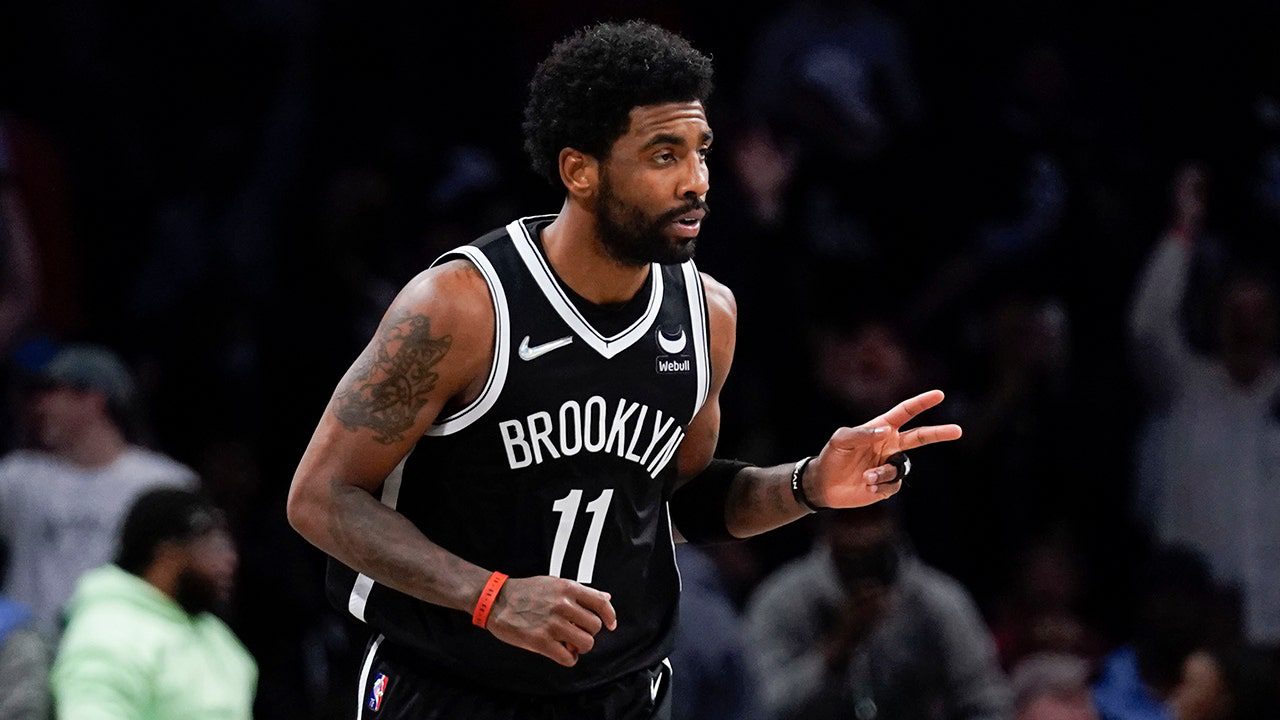 Kyrie Irving continues to do the questionable.

On Friday night, the Brooklyn Nets guard tweeted an Amazon Prime Video link to the 2018 film “Hebrews to Negroes: Wake Up Black America.”

Brooklyn Nets’ Kyrie Irving reacts after hitting a basket against the Cleveland Cavaliers during the first half of the opening basketball game of the NBA play-in tournament Tuesday, April 12, 2022, in New York.
(AP Photo/Seth Wenig)

The film “uncovers the true identity of the Children of Israel” and unearths “what Islam, Judaism and Christianity has covered up for centuries in regards to the true biblical identity of the so-called ‘Negro’ in this movie packed with tons of research.”

The book also notes that “Since the European and Arab slave traders stepped foot into Africa, blacks have been told lies about their heritage.”

A Nets spokesperson told the New York Post: “The Brooklyn Nets strongly condemn and have no tolerance for the promotion of any form of hate speech. We believe that in these situations, our first action must be open, honest dialogue. We thank those, including the ADL [Anti-Defamation League], who have been supportive during this time.”

According to The Rolling Stone, the film is based on the 2015 book of the same name, and several passages of the book have been proven false.

Kyrie Irving #11 of the Brooklyn Nets looks on during Round 1 Game 4 of the 2022 NBA Playoffs on April 25, 2022 at Barclays Center in Brooklyn, New York.
(Nathaniel S. Butler/NBAE via Getty Images)

Irving sent the tweet hours before the Nets’ overtime loss to the Dallas Mavericks at Barclays Center.