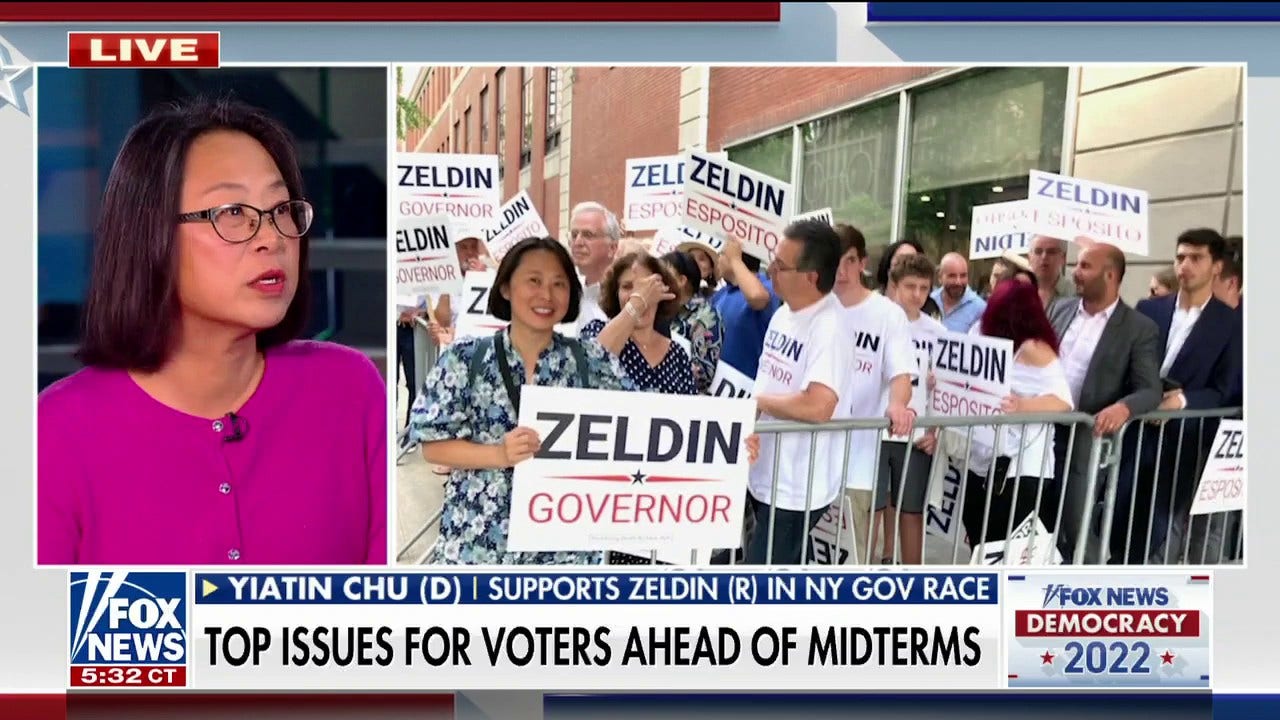 Many lifelong Democrats are throwing their support behind Republcan New York gubernatorial candidate Lee Zeldin, saying rising crime and concerns about education have turned them against Gov. Kathy Hochul.

Brame’s son, Army Sergeant Hason Correa was killed in 2018 in Harlem after he was assaulted by several people with a knife.

She said she was even trampled on the subway earlier this year when passengers attempted to flee from another passenger who had a gun, as transit crime continues to soar. Brame said she “absolutely” does not feel safe on New York City streets, and that is why she is supporting Zeldin.

“The most important responsibility of government is to protect its citizens, and that is not happening with the Democrats running the show, with Hochul being the governor for a while,” Hikind said regarding the crime surge. “They have no freakin’ clue. People are concerned. People are afraid. People are afraid to get on the freaking train. This is not what America and New York is all about.”

Hikind noted the issue of public safety should not be partisan in nature.

“This is not about being a Republican, Democrat, Independent or anything else,” Hikind said. “If you love our state, and you want to continue living here, you have no choice but to support Lee Zeldin. Otherwise, it’s just going to get worse.”

But crime isn’t the only issue that is on the ballot for New Yorkers in November.

Education is also a central focus, as children in New York continue to suffer the effects of school closures during the pandemic. Parents have also wondered if Hochul would eventually implement a COVID vaccine mandate for kids.

Zeldin and Hochul touched on the issue in their debate earlier this week, and while Zeldin mentioned he would never mandate the shot, she said she would not “at this time.”

“I don’t like the direction that our schools have been going,” Chu said. “The last couple of years of de Blasio has been really trying on New York City families. He’s really… taken down the standards, and I think going into it… we’re already in a bad place.”

“And then the last two years, two and a half years of the chaos with the pandemic, with the masking of kids, with the impending parents, are worried about vaccine mandates,” she continued. “These are all things that are on parents’ minds as they’re thinking of who to choose for our next governor.”

Bailee Hill is an associate editor with Fox News Digital. Story ideas can be sent to bailee.hill@fox.com