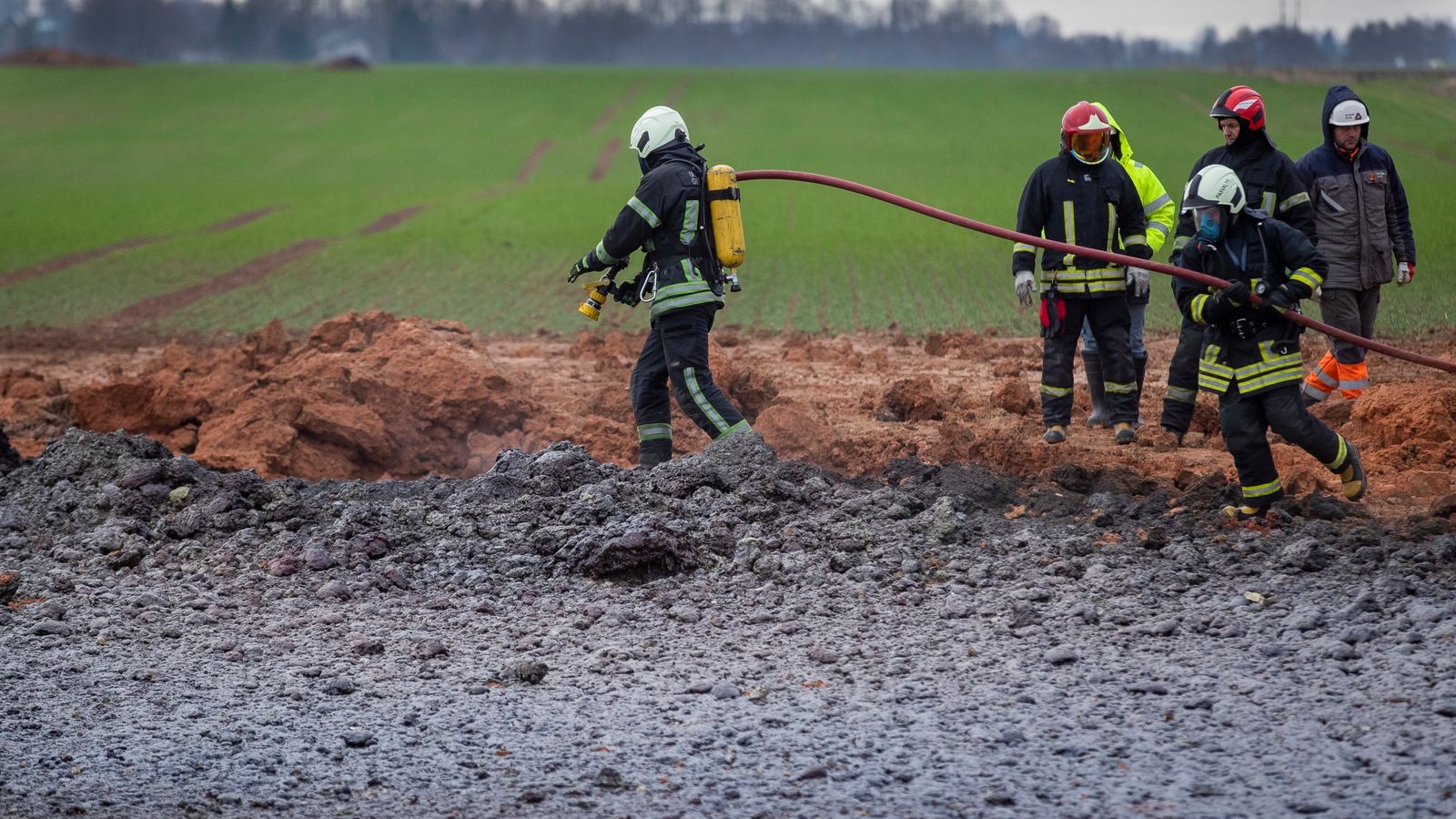 A powerful gas pipeline explosion which sent flames 150ft into the sky in northern Lithuania was most likely caused by a technical malfunction, officials have said.

The head of AB Amber Grid, which operates Lithuania’s natural gas transmission system, said one of the possible causes of Friday’s blast was “defects in the welding seam of the pipeline”.

No casualties were reported, but around 250 people were evacuated on precaution from the nearby village of Valakeliai, near Pasvalys, 109 miles north of the capital Vilnius.

The pipeline, which is more than 40 years old, carries gas from Lithuania’s Baltic port of Klaipeda to neighbouring Latvia.

Nemunas Biknius, the head of AB Amber Grid, said: “One of the (possible causes) is that the explosion was a result of the defects in the welding seam of the pipeline, but the investigation will provide all answers within several days.”

Mr Biknius said he believed the incident was an accident and not “some kind of intentional activity”, and that an adjacent pipeline was not damaged and continued to supply gas to the area.

Dramatic footage from the explosion showed a large blaze which could be seen from a distance of around 11 miles.

The fire was extinguished by midnight and evacuated residents returned to their homes as repair work began on the site.

Povilas Balciunas, a municipal government official, said: “The residents are safe now, there is no danger to their health.

“Gas supply is also restored. The asphalt on the road has melted, but nobody suffered, and this is the main thing.”

Lithuania completely cut off Russian gas imports in April 2022 in response to the invasion of Ukraine.

The Baltic country imports gas from multiple countries through the Klaipeda Liquid Natural Gas terminal built a decade ago.