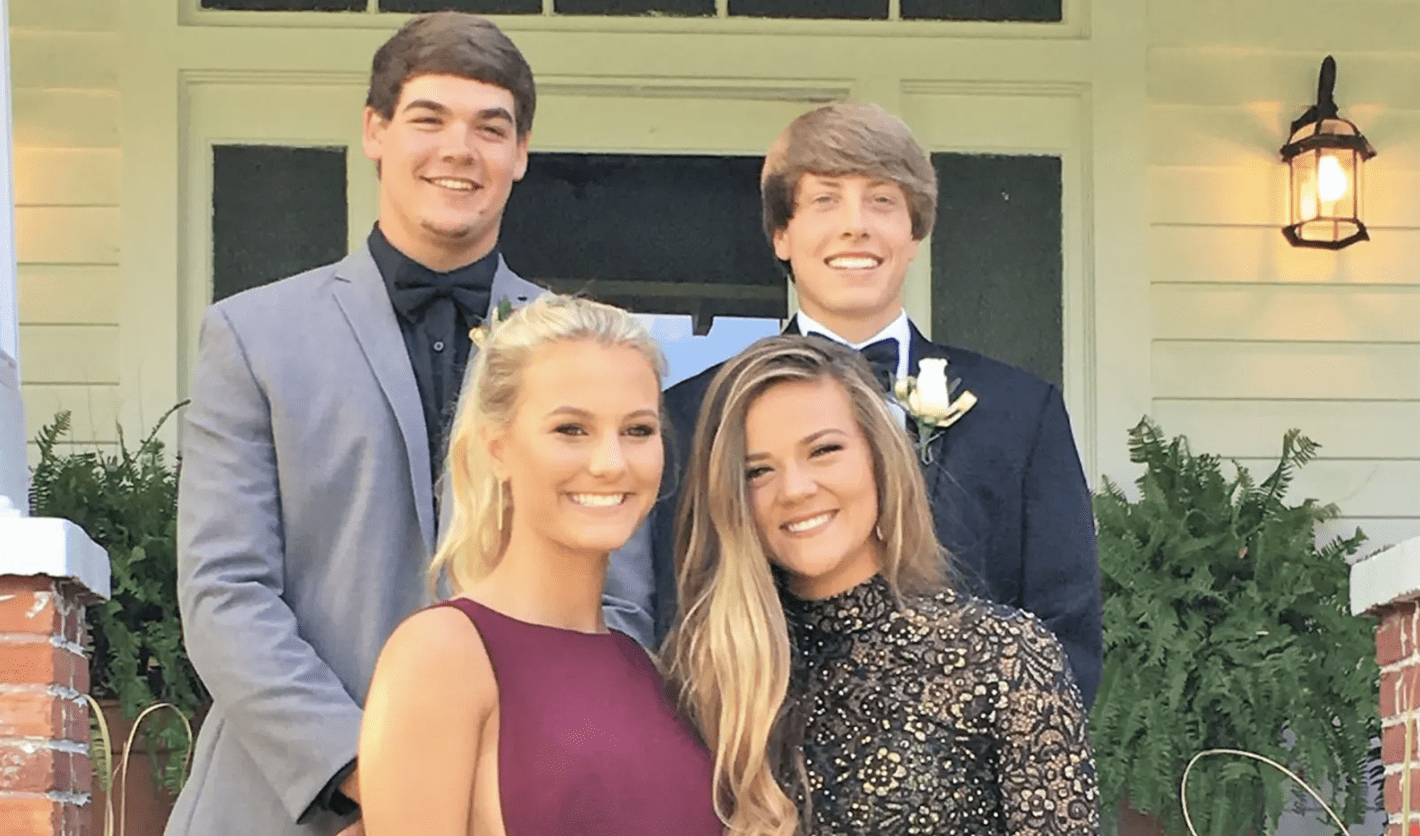 The series’ premiere comes months before Alex Murdaugh, 64, is scheduled to stand trial for the slayings of his wife Maggie, 52, and their troubled 22-year-old old son, Paul, at the family’s Colleton County hunting estate in June 2021.

He has pleaded not guilty.

The Murdaugh family has wielded enormous judicial and political power for over a century, with four generations holding the office of solicitor for the 14th circuit– the main prosecutorial authority overseeing five counties.

Clockwise from left Anthony Cook, Connor, Cook, Miley Altman and Mallory Beach. The friends were in boat with a drunken Paul Murdaugh when it crashed into a bridge killing Beach and injuring the other three.
(Facebook)

A turning point for the family came in February 2019 when Paul, then 19, drunkenly crashed his family’s boat into a bridge, killing Mallory Beach, 19, and injuring her boyfriend Anthony Cook, Paul’s girlfriend, Morgan Doughty, Anthony’s cousin Connor Cook, and his girlfriend Miley Altman.

The accident undermined the Murdaugh’s supremacy and set in motion an unthinkable spiral of destruction.

The first episode of the HBO series focuses on the collision and features Anthony’s first public interview.

Anthony described holding Beach in his arms the moment the boat struck the pilings of the Archer Street Bridge in Beaufort – a moment later she was gone.

Anthony and Paul became fast friends in middle school – but that bond came to a sudden end with the death of Beach.

“I like to consider myself lucky,” Anthony said. “Yeah, it sucks that I lost her but at the same time I was the one she loved before she left.”

“He looked at me dead in my eyes when wasn’t nobody paying attention and apologized and said, ‘You know I love you,’ and I said, ‘I love you, too’ and ‘it’s all good’ and I had to walk away. That was it,” Cook recalled of their last meeting.

It took seven days for Beach’s body to be recovered. Paul was charged with four felonies for the tragic collision but was murdered before the case went to trial.

Alex Murdaugh, right, is shown here with his wife Maggie and his sons, Paul, and Buster. He’s accused of murdering Maggie and Paul in 2021.
(Fox News)

Anthony said he wanted to attend Paul’s funeral but figured “it was probably a little too much drama with me involved.” He added, “I’ve made my peace.”

Although Anthony remains haunted by the loss of his high school sweetheart, he said he has forgiven Paul.

“A lot of people try to make it out like it never really phased him – but it did,” Anthony said. “He knew deep down. I think there’s a lot of people out there in the world that heard a lot of things but if you didn’t know him like I did you wouldn’t understand because he really was a good person.”

The boat Paul Murdaugh was driving when he drunkenly crashed into a bridge in Beaufort, South Carolina, killing Mallory Beach and injuring four others.
(Beaufort County Sheriff’s Office)

Alex Murdaugh, who was disbarred, is slated to go trial for the alleged double homicide of his wife and son Jan. 23. The lawsuit against him over the boat crash and Beach’s death is also scheduled for trial next year.

Nearly a dozen other lawsuits hang over the jailed family patriarch, most of them filed after the murders.

Rebecca Rosenberg is a veteran journalist and book author with a focus on crime and criminal justice. Email tips to rebecca.rosenberg@fox.com and @ReRosenberg.