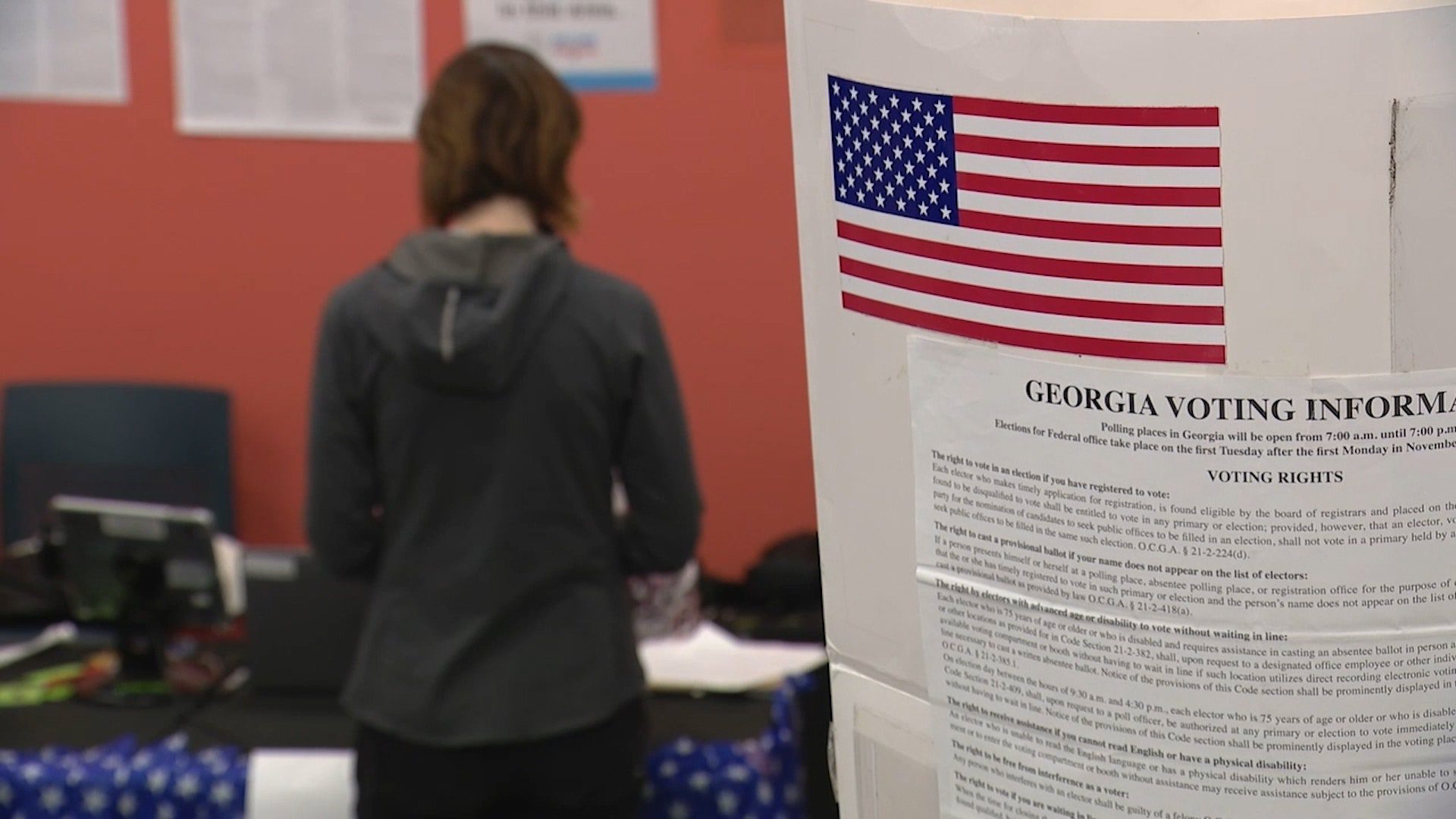 Democratic gubernatorial candidate Stacey Abrams, a prominent critic of the Georgia election law, has also pushed back against claims that voter turnout proves it does not suppress Black voters.

“I guess we can’t be surprised at the White House press secretary sticking with the same Stacey Abrams, Joe Biden line that voter suppression and record turnout can somehow go hand in hand,” Sterling said.

Abrams is facing Gov. Brian Kemp, R., in a rematch of their bitter 2018 contest, and Republican Herschel Walker is trying to unseat Sen. Raphael Warnock, D-Ga., in one of the nation’s most significant Senate contests.

“Essentially, what they’re trying to tell you is, ‘You want to believe these numbers, or you want to believe me or you want to believe your lying eyes?’ I mean, you really can’t have this systemic voter suppression and record turnout at the same time, especially when we’ve looked at this turnout being across all demographics,” he continued. “Right now, our largest county in the state, Fulton, which has a huge African-American voting base, is making about 13% of the vote when they make up 10% of the overall population… if we’re trying to suppress the vote, we’re doing a really terrible job of it in the state.”

Biden was among many Democrats last year who criticized Georgia’s Republican-passed Election Integrity Act as a right-wing attempt to suppress Black votes. In October 2021, Biden described the law as “Jim Crow in the 21st Century.” In January of this year, the president described the law as “Jim Crow 2.0” and the talking point has been embraced by many liberal media members.

Early voter turnout has continued to climb even after the passage of election “interference” bills in some states like Georgia that imposed new restrictions on absentee voting and voter I.D. requirements.
(Stephen Goin)

The controversy ultimately resulted in Major League Baseball pulling the 2021 All-Star Game from Atlanta’s Truist Park. Sterling believes Democrats and their allies in the media are “stuck” with the Jim Crow 2.0 narrative even after the Peach State continues to see record turnout.

He said Democrats will continue to preach voter suppression because they don’t have anything else to run on.

High-profile liberal pundits such as MSNBC’s Joy Reid, and other left-wing figures like Jonathan Chait of New York Magazine, have attempted to justify the Jim Crow 2.0 messaging despite data indicating it was bogus. Reid claimed this week that “Black voters turn out early more when there’s more voter suppression because they are nervous that they want to have a second shot if their vote gets rejected.”

Chait penned a New York column headlined, “Don’t Congratulate Republicans If Voter Suppression Fails,” that claimed Democrats must continue to make a “big deal” out of the voting laws.

MSNBC’s Mehdi Hasan claimed in a debate on the network this week that Black people are being “denied the right to vote,” surprising his counterpart Shadi Hamid. Among Hasan’s citations was a Guardian article about a woman whose eligibility was challenged and then refused to take a provisional ballot.

Among the Election Integrity Act’s changes were preventing government agencies from mailing applications unsolicited, requiring the use of driver’s licenses or some other form of photo ID instead of signature-matching to verify identity in absentee ballot applications, and codifying ballot drop boxes into law. It mandated precincts hold at least 17 days of early voting and left in place no-excuse absentee voting, while shortening the window to apply for ballots to 67 days.

“Everything we’ve done has made voting easier than it was in the last midterm election. So, it’s just a lie to say that they were engaged in voter suppression in the state, but they’re going to keep on saying it because they have nothing else that they can say,” Sterling said.

Regardless of the turnout, Sterling expects Democrats and liberal pundits to blame so-called “voter suppression” if things don’t go their way on Election Day.

“I think that they will absolutely blame the voting laws, and we will automatically get sued the next day because, again, they can’t let reality get in the way of their narrative, of their worldview. We are a bunch of white racist conservatives who are keeping the man down by putting a boot on their throat to not vote when we literally have record voting everywhere,” Sterling said.

“I’m hoping that whoever loses will say, ‘Yes, I lost,’ unlike what Mr. Abrams did in 2018 and what Mr. Trump did in 2020,” he continued. “We need adults and grownups to say we’re tired of this stuff, and we’re going to fall into regular order and let’s just make elections boring again.”

Brian Flood is a media reporter for Fox News Digital. Story tips can be sent to brian.flood@fox.com and on Twitter: @briansflood.