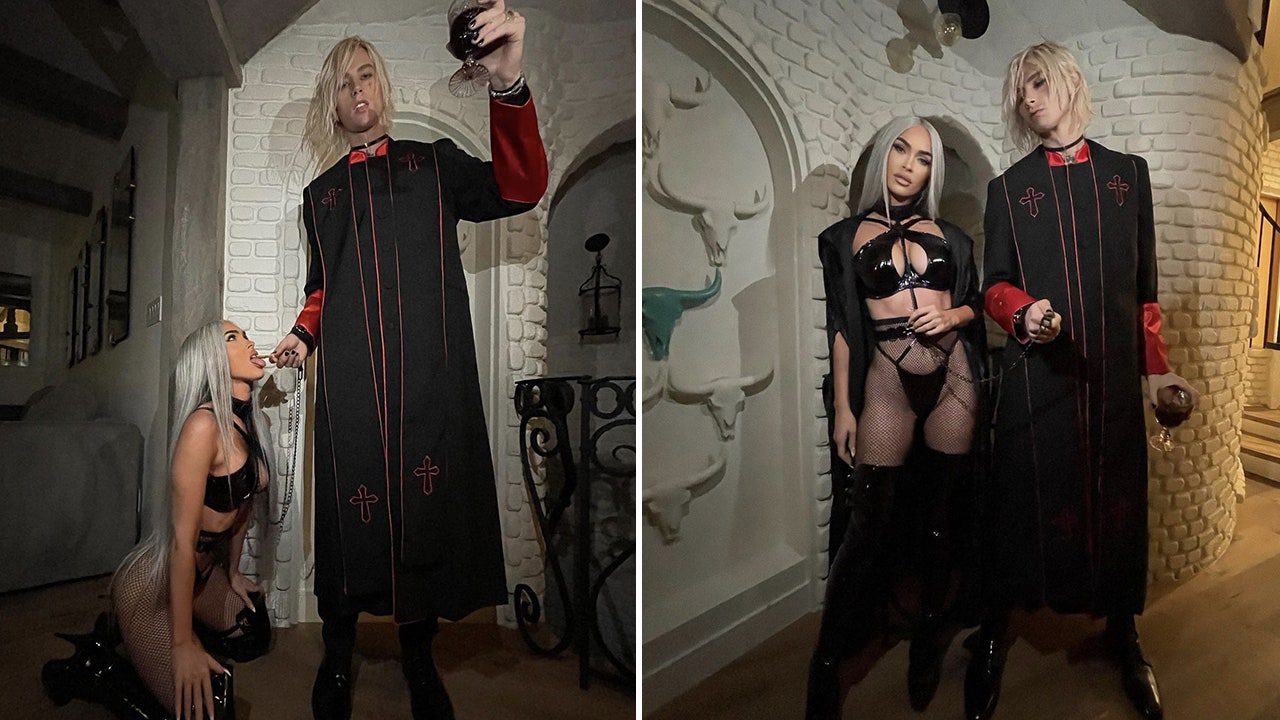 Megan Fox and her beau Machine Gun Kelly were castigated online for their Halloween costumes by those who saw them as religiously offensive.

The 36-year-old actress posted a series of photos to her Instagram with a caption that read, “On Sundays we take communion.” The 32-year-old rapper appeared to be dressed as a priest who gave communion to a kneeling Fox.

The couple immediately faced backlash for ‘mocking’ the Christian faith, with one user writing, “Unacceptable. No one should ever mock someone else’s religion.”

Another person commented, “What happened to cultural appropriation? Why is it wrong to dress up as an Indian but okay to mock the Catholic faith. It’s absolutely abhorrent and offensive and I’m so sick of the double standard.”

Megan Fox and Machine Gun Kelly faced serious backlash for their Halloween costume. Many Christians were offended by the rappers choice to be a Priest and given Fox communion.
(Instagarm)

Another person shared their frustration, writing, “Let this be mocking ANY other religion/worldview and everyone would be so upset. I swear the obsession with mocking Jesus and the Christian faith is just so sickening and hateful. Not surprised though.”

Even fans of the star were critical, writing to Fox, “Woman I do really love you but please leave religions out of the costumes.”

Megan Fox and Machine Gun Kelly had previously dressed up as Pamela Anderson and Tommy Lee Jones for the Casamigos Halloween party on Friday.
(Kevin Mazur/Getty Images for Casamigos)

While that costume selection earned the duo some positive feedback, with a fan commenting on Fox’s Instagram, “You both completely nailed this look it’s spot on omg obsessed,” it also led to negative responses from users who took issue with the abusive nature of Anderson and Lee’s relationship. One person wrote, “No these aren’t costumes. This is weird considering the well known abusive relationship between Pam & Tommy.”

Fox and Kelly have been the center of controversy before. After announcing their engagement in January, fans were quick to question Fox’s Instagram caption, where she referenced drinking her partner’s blood.

Machine Gun Kelly and Megan Fox got intimate with their posing at the 2021 Billboard Music Awards.
(Rich Fury/Getty Images for dcp)

Fox and Kelly are known to show their affection for one another in public.