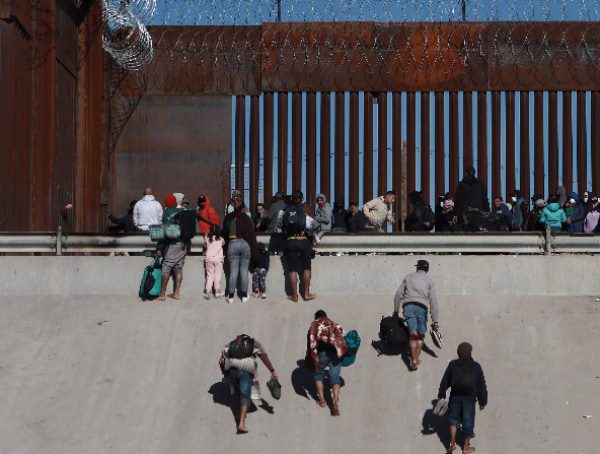 Migrants seeking asylum at the U.S.-Mexico border can now use a mobile app to schedule a time to approach a land port of entry, U.S. Customs and Border Protection (CBP) confirmed on Thursday, a move intended to reduce unauthorized crossings but which has sparked concerns over privacy and access.

The app, called CBP One, is available in English and Spanish and will allow migrants in Central and Northern Mexico who upload biographical information and a photo to request an appointment at one of eight ports in Texas, Arizona and California, according to a fact sheet.

The administration had announced it would expand its use of CBP One, giving asylum seekers direct access to enter their information as a pre-screening step before an appointment. Launched in 2020, the app has previously been used to allow people crossing legally at land ports of entry to submit their information beforehand and for non-governmental organizations to request humanitarian entry for certain migrants.

U.S. President Joe Biden’s administration touts the app as a more regulated, potentially quicker alternative to crossing the border. But advocates worry asylum seekers will be required to submit personal information without being guaranteed entry and that some may not have access to a cell phone or internet.

The app rollout comes after Biden last week announced his administration would expand COVID-era “Title 42” restrictions to quickly expel Cubans, Haitians and Nicaraguans who cross the border back to Mexico while opening up legal pathways for those who have U.S. sponsors and enter by air.

Biden, a Democrat who intends to seek re-election in 2024, has been criticized by Republicans for what they consider permissive border policies amid record crossings.

Meanwhile, some fellow Democrats, former Biden officials and immigration advocates have lambasted his decision to expand the COVID border restrictions, which were implemented in 2020 under then-President Donald Trump, a Republican. The U.S. Centers for Disease Control and Prevention said in April 2022 that they were no longer needed for public health reasons.

The new access to the CBP One app could help reduce crossings although questions remain, including how many people are aware of it and how it will function.

He was able to register for a Jan. 20 appointment at the port of entry in Brownsville, Texas, according to a confirmation email reviewed by Reuters.

Rodriguez has been camping in Matamoros, a Mexican border city across from Brownsville, since late November with over a dozen family members, some of whom have already crossed into the United States.

“We are signed up, everyone is happy,” he said.

Claudia Martinez, a 38-year-old Venezuelan waiting in Tijuana, was unable to access CBP One despite several tries.

“We’re going to make another attempt to access the application later in the day,” she said.

Tijuana authorities this week said the city would increase internet connectivity in three locations and train officials to assist migrants with applications.