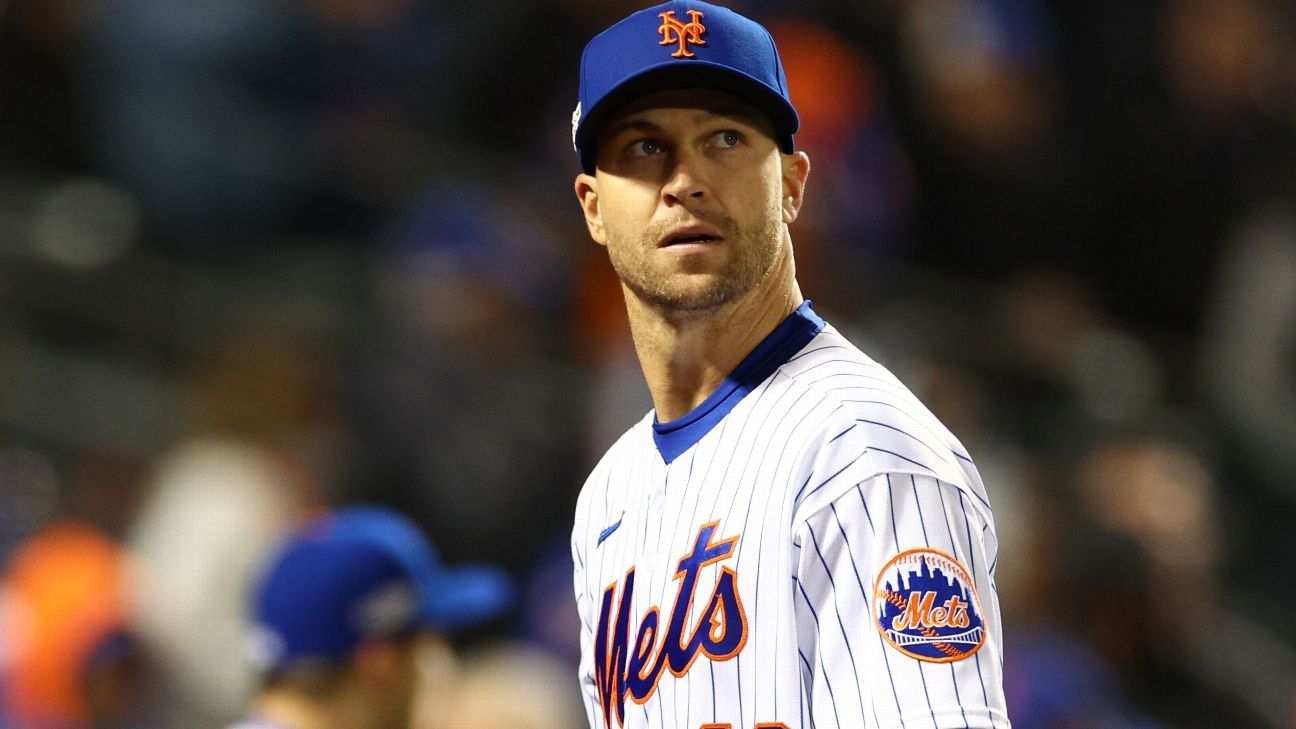 While we wait for the movement to pick up entering next week’s winter meetings in San Diego, we asked a panel of experts to weigh in on what they think the rest of the offseason will bring.

Where will Aaron Judge sign? Who will sign the four star shortstops? Which ace is most likely to leave his current team? And who will be the big names in the trade market?

We polled a dozen team executives and MLB insiders from across both leagues about free-agent landing spots and who’s likely to get moved in trades this offseason. Voters were assured anonymity and were given the option to skip any questions that hit too close to home.

Here’s how they voted — and what they had to say about their picks.

Will Aaron Judge get a package worth more than $320 million and who will he sign with?

Our voters think Judge is going to one of three teams, but there is a split on which one and how much money he’ll get. Either way, he’ll likely end up with a contract for about $100 million more than the Yankees offered ($213.5 million) last spring.

“He gambled and showed up, but I’m going to say he comes in a bit below [$320 million] and comes home to the West Coast,” one voter said of the California native. “Dodgers or Giants. Sounds like Dodgers to me.”

Which shortstop will get the most dollars and years in free agency?

There are four coveted shortstops in this free-agent class, but our panel believes Turner and Correa are in line for the biggest paydays. Correa, 28, was a popular answer due to his age, but Turner, 29, won the vote.

“I think his [Turner’s] skill set ages the best,” one voter said. “Correa has had a couple injuries, while speed doesn’t slump, right? All long-term contracts are a risk, but give me a guy with Turner’s athleticism any day.”

As free agency officially begins, here are the names, teams and themes that will dominate the hot stove headlines.

Which teams will spend big? Who are favorites for Judge and deGrom? »

Amazingly, the Giants showed up in the vote for every shortstop. Of course, San Francisco’s public stance on a willingness to spend could have influenced this. But as you might expect, there’s no real consensus on where each shortstop will sign. Executives showed the same uncertainty for last offseason’s shortstop class. It should make for a wild winter of musical chairs at the position.

“Dave Dombrowski isn’t going to sit on his hands,” said one voter who chose Turner to the Phillies. “His owner seems to be on the same page. I almost wonder how the Phillies don’t get one of them.”

“I just think if the Giants don’t get Judge, where else can they sign up a star player?,” another voter responded.” If they get Judge, then I would vote no on a shortstop. Until then, I think they will get one.”

How much will Judge, Correa, Turner and others get paid this winter? Kiley McDaniel breaks down this year’s free agent class.

The majority of our voters believe deGrom will return to the team he has spent his entire career with despite the ace testing the free-agent market this winter. Should he leave New York, it would be a surprise to at least one of our respondents if the Mets didn’t do something else soon after losing him.

“I think deGrom will leave the Mets, but they’ll move to quickly replace him,” a voter said.

On the other hand, our participants think that the reigning American League Cy Young Award winner will start the new season with someone other than the reigning World Series champions.

“Houston has so much pitching, they can let Verlander walk and spend elsewhere [like they did on Jose Abreu],” one executive said.

Which top pitcher after Verlander and deGrom will provide the most value: Carlos Rodon, Kodai Senga, Taijuan Walker or Chris Bassitt?

Need to know what to make of the moves that shape the offseason? We’ve got you covered.

The fact that Senga got votes says a lot about his reputation as an ace in Japan considering he has yet to pitch in the big leagues. Meanwhile, the left-handed Rodon appears to have shed any durability questions after making 31 starts and pitching 178 innings in 2022. But it was the right-handed Bassitt who won this vote. Bassitt’s ERA has been higher than Rodon’s in each of the past two seasons, but in terms of pure value, the righty edged out the lefty.

“I like Rodon in one game for my season, but long term, I think Bassitt is probably the best value,” one voter said.

“It’s really not fair to judge Senga, so I voted for Bassitt as the safest bet,” another voter said.

Which team (outside of yours) will make the biggest splash this offseason?

The variety of teams given in this answer is a good indication of where baseball is right now: with a lot of teams that think they can make the postseason and, more importantly, win the World Series — and with money to spend to help that cause. Texas might not be an October favorite today, but it should be a hot stove player.

“I know the Rangers did it [spent] last season,” one voter opined, “but I don’t see why they won’t again. Bruce Bochy didn’t unretire to sit at home in October. This year they’ll add pitching. You can count on that.”

Who will be the most notable player traded this winter?

The 2022 World Series is history, so we’re looking ahead to what’s in store for all 30 teams next season.

Some executives answered who was most likely to be traded as much as who will be the most notable, while the Tatis voter didn’t explain his choice — but certainly raised eyebrows with his pick.

“Lopez is such a good trade option at a much lower monetary cost for teams after some of the big free-agent pitchers come off the board,” one evaluator said. “With two seasons of control, Miami should get a nice haul.”

How much do MLB’s 2023 rule changes impact your offseason’s decision-making: a lot, some or not at all?

Among the new rules, the elimination of the shift is most likely to impact roster construction, according to executives at the general manager’s meetings earlier this month. But they also say they don’t have a complete picture yet. Teams need to see it all in action before they know how it will impact decision-making in the future.

“Obviously, you can’t hide nonathletic second basemen anymore, but what we don’t know is how much the running game will be impacted by all these changes — both behind the plate and on the bases,” one voter said. “I don’t think the pitch clock will do much to roster construction long term.”