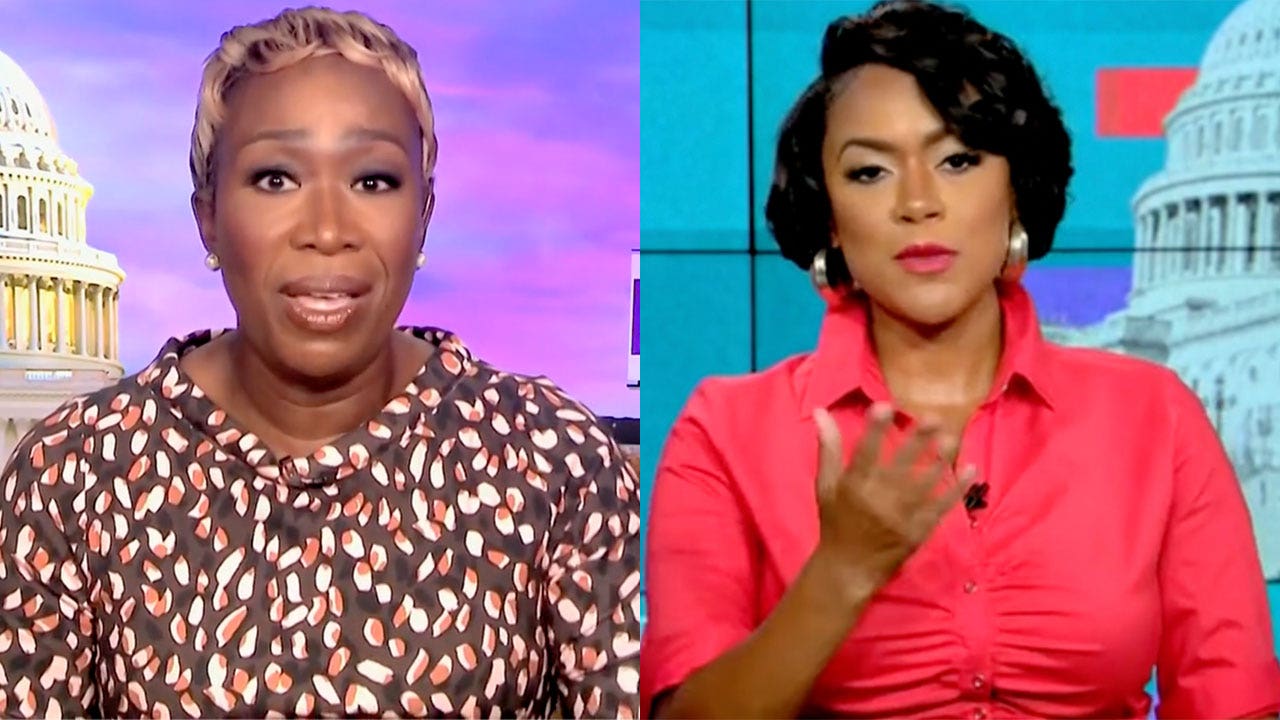 “Before I go, I really do just want to say one quick thing about my friend, colleague and sister Tiffany Cross,” an emotional Reid began. “She’s not just my friend, she’s my sister. I love her, I support her, I was boosting for her to get the show that she created, the Cross Connection, which she put her heart and soul into everyday.”

The “ReidOut” host then took aim at Cross’s critics on the “far right” who are “attacking her on a social media app that I won’t name.”

“You don’t understand how sisters move,” Reid told critics. “So, watch this space. We will be here, her sisters will be here to support anything Tiffany Cross ever does. Know that. Believe that.”

MSNBC decided not to renew Cross’ contract after two years and severed ties with her immediately. The move is being billed internally as a programming decision and her staff will remain with the network and produce whatever lands the “Cross Connection” time slot.

Cross, who hosted the weekend program “Cross Connection,” will be replaced by rotating guest anchors until a replacement is named, a source close to the situation told Fox News Digital.

“Repeated bad behavior on and off-air. Bad judgment,” a second source close to the situation told Fox News Digital when asked about MSNBC’s decision not to keep Cross.

Tiffany Cross repeatedly claimed it feels like the second American civil war is already here during her time as an MSNBC host.
(MSNBC)

Cross’ team was informed on Friday. The move only affects the namesake host and not her staff.

Some reports speculated Cross’ appearance last week on Comedy Central, where she said Florida should be “castrated” from the rest of the country, may have played a role in her ouster.

Cross was previously a fill-in host for Joy Reid’s weekend show “AM Joy” and got her own Saturday program in 2020. There, she was known for her vitriolic statements about conservatives, remarking that there is already a “civil war” happening in the U.S., urged liberals to “pick up a weapon” in the fight for democracy, and called Supreme Court Justice Clarence Thomas “Justice Pubic Hair on My Coke Can.”

She also warned about “White replacement” on the show and blasted Republican members of Congress as “White supremacists.” Cross recently drew ridicule when she weighed in on the Tua Tagovailoa concussion incident by wrongly calling the Miami Dolphins quarterback Black and his head coach White; Tagovailoa is Samoan, and his coach is mixed-race. Cross had suggested Tagovailoa, who suffered a concussion in a September game, had been put at risk by his coach due to racism.

Cross’ divisive rhetoric is thought to have irked NBCUniversal honchos.

Shortly after the news of her exit became public, Cross began retweeting supportive messages from her fans. Many of the messages she shared were critical of MSNBC.

Cross urged fellow progressives in January to “pick up a weapon and get involved” in the “war” for the survival of the country.

“It is indeed a war. And I have to say, they have won some battles… but we have to keep our eye on the war. And everybody needs to pick up a weapon and get involved because this is for the safety and lasting of the country,” she said.

Cross appeared to be speaking metaphorically, but the language was still striking. She also blasted Republicans who celebrated the acquittal of Kenosha shooter Kyle Rittenhouse, who a jury ruled acted in self-defense.

“I find these people disgusting,” she said last year.

Cross also has referred to Justice Thomas as “Tom,” an apparent “Uncle Tom” reference used to disparage Blacks viewed as too deferential to Whites.

Joseph A. Wulfsohn is a media reporter for Fox News Digital. Story tips can be sent to joseph.wulfsohn@fox.com and on Twitter: @JosephWulfsohn.